Ubuntu inside VMware Player not connecting to host

I am running a Ubuntu inside VMware player and it was working fine. But then I updated the ubuntu to latest version of it and from then it is not able to connect to the host i.e. Windows 7. Thus it is also not able to connect to internet. Can anyone tell how do I restore the connection with host. FYI - I have VMware Player network adapter configured in Bridged mode.

Once you select the NAT, from the guest Ubuntu (12.04 for my case), choose the connection as "DHCP (Automatic)" NOT "DHCP (Automatic) addresses only". This worked for me. I am running Vista 32 Host and Ubuntu 12.04 guest.

A bridged connection isn't necessary for a simple connection to the internet or the host but I'll assume that you choose a bridged connection because you need the guest to be a part of the same physical network that the host is. I haven't seen this particular problem but I can think of a few things to try.

From my personal experience, check your Anti-Virus Firewall on your host (Windows 7) as well. AVG Internet Security for instance has a "Enable Virtual Machine Bridged networking", which if not enabled, does not allow your guest VM to access your host's network. 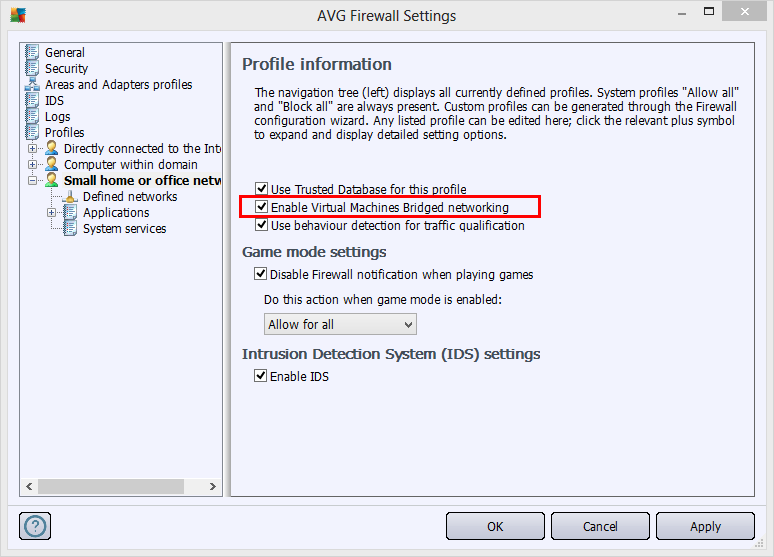 This worked for me.

When executed "ifconfig -a", the output did show an active virtual NIC, but the system could not connect to internet because it didn't have an IP address associated to the NIC (I had given a Bridged network to the guest Ubuntu).

To get it working, edit the file: /etc/network/interfaces

(remove the angular brackets)
Don't change anything of the loopback interface if you see one.

Save the file and reboot the system. That should do it.