How do I get a special character on a netbook without a number pad?

I'd like to be able to use a keyboard shortcut to type special characters (characters that can't be found on my keyboard) such as the £ (pound) symbol, which I can get on a keyboard with a number pad by typing Alt+0163. Unfortunately, on my netbook, I don't have a number pad.

How then do I get special characters, using the keyboard, without using charmap?

Often times, your netbook might have a function key which will change 7,8,9,U,I,O,J,K,L, and M into a number pad. You can use these to do Alt+ combinations. Alternatively, open the Character Map (Under Accessories in the start menu) to select individual characters.

I've been searching for weeks, and I finally figured out that I can enter the Unicode (not ASCII) code for a symbol, highlight it, and press Alt+X in Microsoft Word. To make it even faster, I created autocorrect entries to replace /b6 with ¶  and /a7 with §.

(I write for a judge, and I need to enter the above paragraph and section symbols 75 times each day. I run Windows 8 on a Lenovo Yoga 13 netbook (first computer without numpad), and I was lost without the Alt+numpad access to ASCII set until now!)

Reference: how do I insert ASCII characters without numeric key pad?

You can use some macro program like AutoHotkey to bind it to specified hotkeys.

You could download the Microsoft Keyboard Layout Creator and put the symbols you use most on unused keys. I use AltGr+Q, W, E & R for the symbols I need.

For web browsers, I just wrote a user script to address this for my own evil purposes, at least in Firefox with the Greasemonkey add-on and in Chrome with the Tampermonkey add-on.

Unknown whether the script works in other browsers with Tampermonkey, but my guess is not fully. I might hack compatibility for other browsers if someone pays me enough.

With the script installed in your browser, Alt+number row combinations should work like Alt+NumPad would on a full-size keyboard. Additionally, Alt+x will translate the hexadecimal value preceding the text caret into a Unicode value, similar to MS Office.

Extended characters begin with a zero:

For values between 32 - 255 without a leading zero, glyphs are retrieved using an OEM codepage table (with generous but unconsenting help from the SheetJS project's codepage abstractions). The following examples are made with codepage=437 (en-US) defined in the user script:

You can also type a hex value then hit Alt+x to perform the conversion. It works like MS Word, but with looser interpretation of the hex notation. My goal is that if you forget the proper way to activate an Alt+x sequence, just try something and it'll probably work as intended.

If you have a Windows operating system [such as Vista or 7 -- I'm not sure about XP] then you can use the Character Map. I actually discovered it by accident. Before then I thought my future laptop [that I plan to purchase] would require a numeric keypad, but now I guess I won't be needing it, thanks to the Character Map [I have Windows Vista, but plan to upgrade to Windows 7].

You could change your keyboard layout to United States–International. It takes a little getting used to, but not so much as I had thought. Then you would make the £ symbol by depressing 4 (not on the number pad) + Shift + Right Alt. Also, if you type diacritical marks often, this layout is especially useful.

You can buy an external numeric pad as an alternative or use Microsoft Keyboard Layout Creator. All laptops under 15 inch i've seen have that problem.

Relativity simple method that I use:

Invoke, then use the "Ease of Access" on-screen keyboard:

Keep it minimized if you plan to use letters repeatedly.

If you don't have a numeric pad, i wrote a little program for this use. This is the program: AltPiuSend

Push "Win + R" keys and digit "shell:startup", copy the program here and reboot. On startup, i register 10 hotkey: Alt + 0...9 (number in keyboard, not in numeric pad). When you push "Alt + Number" keys in the keyboard, i send Alt + the same number of the numeric pad (virtual key). It's all.

Hold down the fn key and the ALT key

release the fn and ALT keys.

For example, use the following to type an em dash (—):

Charmap is good but if you have to use too often for the same character, it becomes tiring. In that case, you can use the following utility and put your often used characters on a custom menu in the order that you want. Then you can invoke this menu on any editor by Alt-Shift-C:

In lenovo g40, you just go to insert then go to symbol and you select the special character you need in your document.

This is causing a lot of pain...here is the easiest solution for me.

Another solution is to simply bookmark a site or save the file as text file with the desired characters, that's for occasional use, but the keyboard shortcut with beeftext can be used daily 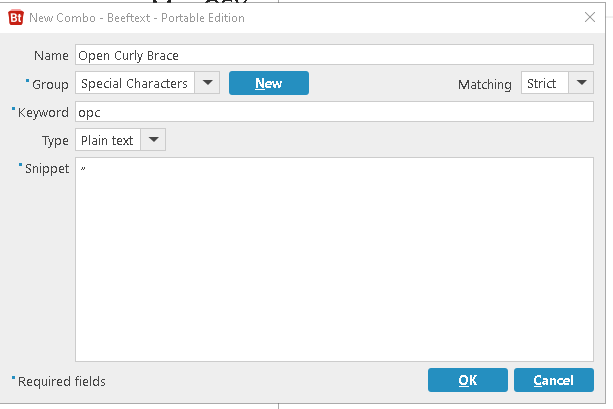 In Windows 10 with May 2019 Update, you may also hit Windows logo key + . or ; which opens the emoji panel and then click the omega sign to switch to symbols: 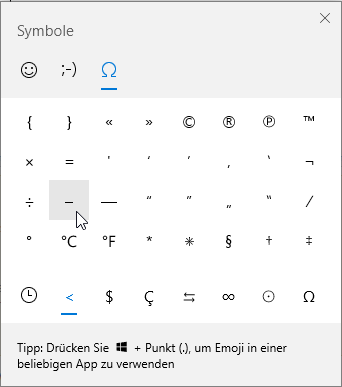 Same problem on a Laptop Inspiron 13 without NumLock (even the overlayed NumPad activated by Fn is absent), running Windows 10 pro.

ONLY solution that has worked for me is the AutoHotKey Script in this post: How to input special characters w/o numpad?

Follow the instructions, you'll see a small icon in the Windows Taskbar showing that the script is running. Solved.

On a lenovo notebook without the Fn NumPad available, I managed to find the degree sign (that I was looking for) with :

Playing along with the keyboard and holding/releasing the shift key you can get characters like :

Not the answer you're looking for? Browse other questions tagged windows keyboard or ask your own question.

2
How do you type the ligature "oe" character œ on a keyboard, without using ALT code?
0
Keyboard shortcuts for international characters with non-US keyboards
11
How do I write special characters without AltGr key?
3
Type Alt Characters in Google Chrome Browser Without Switching Tabs
2
Typing alt codes on keyboard without numeric pad