Made a .dmg for a project; user can't open it - "no mountable file systems"

We don't know a great deal about Macs. We had to make an installer, and were told to try a .dmg

So we put together version 1, and it seemed to work. We had one application file, which had our icon, and one folder. The user was instructed to drag these into the Applications folder, of which there was the Mac version of a shortcut in the dmg.

Then we were told we needed to update files, and assured that we could do so via drag-and-drop. So we did; we dragged them into the folder in the dmg. We tested it (on the computer we were using to edit the dmg) and it seemed to work. So we burnt it onto a disk (along with a windows installer that actually works!). 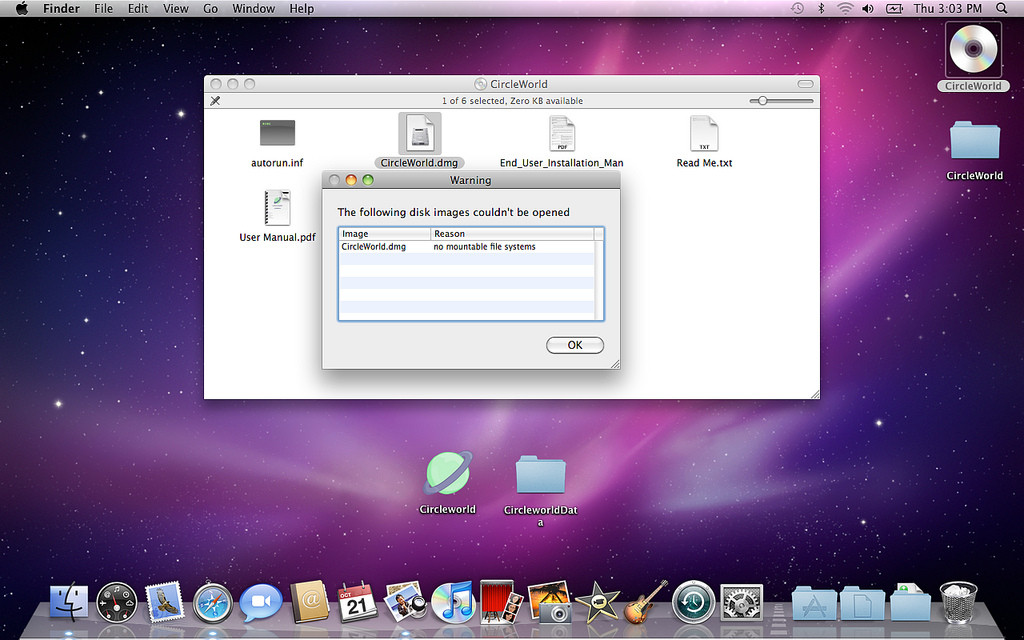 I have the dmg (not on a disk) and am able to open it with no difficulty.

How can we get it to work for our recipient?

Are you saving the disk image as read-only before putting it on the disk? If you're burning a read/write image to a read-only media like DVD I could imagine that there might be problems.

In my experience, that "no mountable file systems" error indicates a corrupted disk image. Is it possible it didn't get burned correctly/completely (try comparing file sizes for the original vs. the copy on the CD)? Did you dismount the image (or better yet, convert it to read-only or compressed format) before burning it? If it was mounted when you burned it, it's possible there were unsaved changes and it was burned in an inconsistent state...

Not the answer you're looking for? Browse other questions tagged macos dmg-image or ask your own question.

19
I'm unable to mount a DMG, getting a "no mountable filesystems" error
5
How do software .dmg files mount or work in OS X?
1
Problems installing Spotify on Mac OS X Lion
0
Installing GitHub for Mac - "Github cannot be opened because of a probem"
0
Replacing / adding to a folder in OS X?
2
MacOS Mojave, ISO images, and "no mountable file systems" error
0
Installation of R version 3.3.2 Error - caught segmentation fault address 0x0, 'cause' memory not mapped