What controls the brightness levels in a laptop? Is it the BIOS?

Is it possible to modify the brightness levels to have a custom brightness at each level?

An OEM can implement brightness control by using function shortcut keys such as Fn-F6 or Fn-F7. 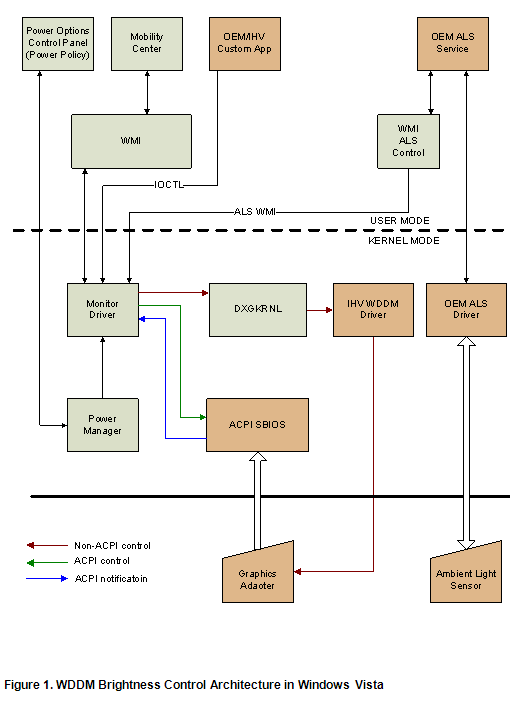 most laptops will have settings for brightness up and down that you can access with a function key (usually labeled as fn) in conjunction with some of the F keys (for example the F7 (down), and F8 (up) keys on my laptop or any HP for that matter).

Not the answer you're looking for? Browse other questions tagged laptop display brightness or ask your own question.

0
Laptop screen at 40% brightness when first turned on