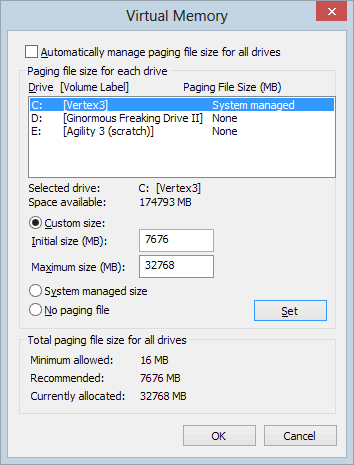 3
Why should the size of the page file increase the more memory you have?
0
Need for page file with 12 GB RAM
0
Is it okay if I lower my pagefile size in Windows 10 as I've got plenty of hardware RAM to deal with it?
6
Size of pagefile.sys on Windows 7
3
Evaluating Specificationa of pagefile.sys (Windows 10, Summary)
0
Adding RAM (32GB to 128GB) Windows uses much more memory: why/how/where?
0
Disabling pagefile in windows 10
0
large memory: wakeup slower than boot