On my mother's Lenovo laptop, Windows XP claims that the hard drive is almost full. According to the properties window, 52.7 out of 55.2 GB is in use: 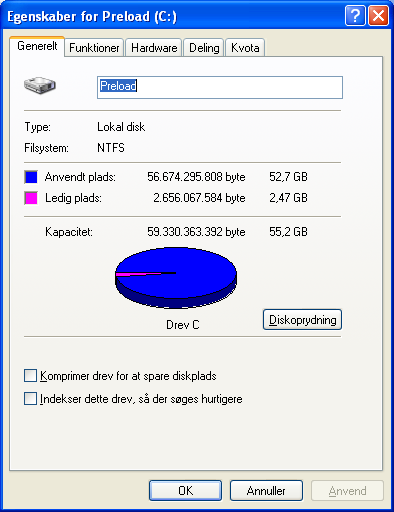 By deleting temp files from Internet Explorer, System Restore, Recycle bin, Windows Update, System Cleanup, I managed to free up about one GB. That's still > 50 GB in use, which still is a lot more than I expected. Hence, I gave good old WinDirStat a spin, and here's the output: 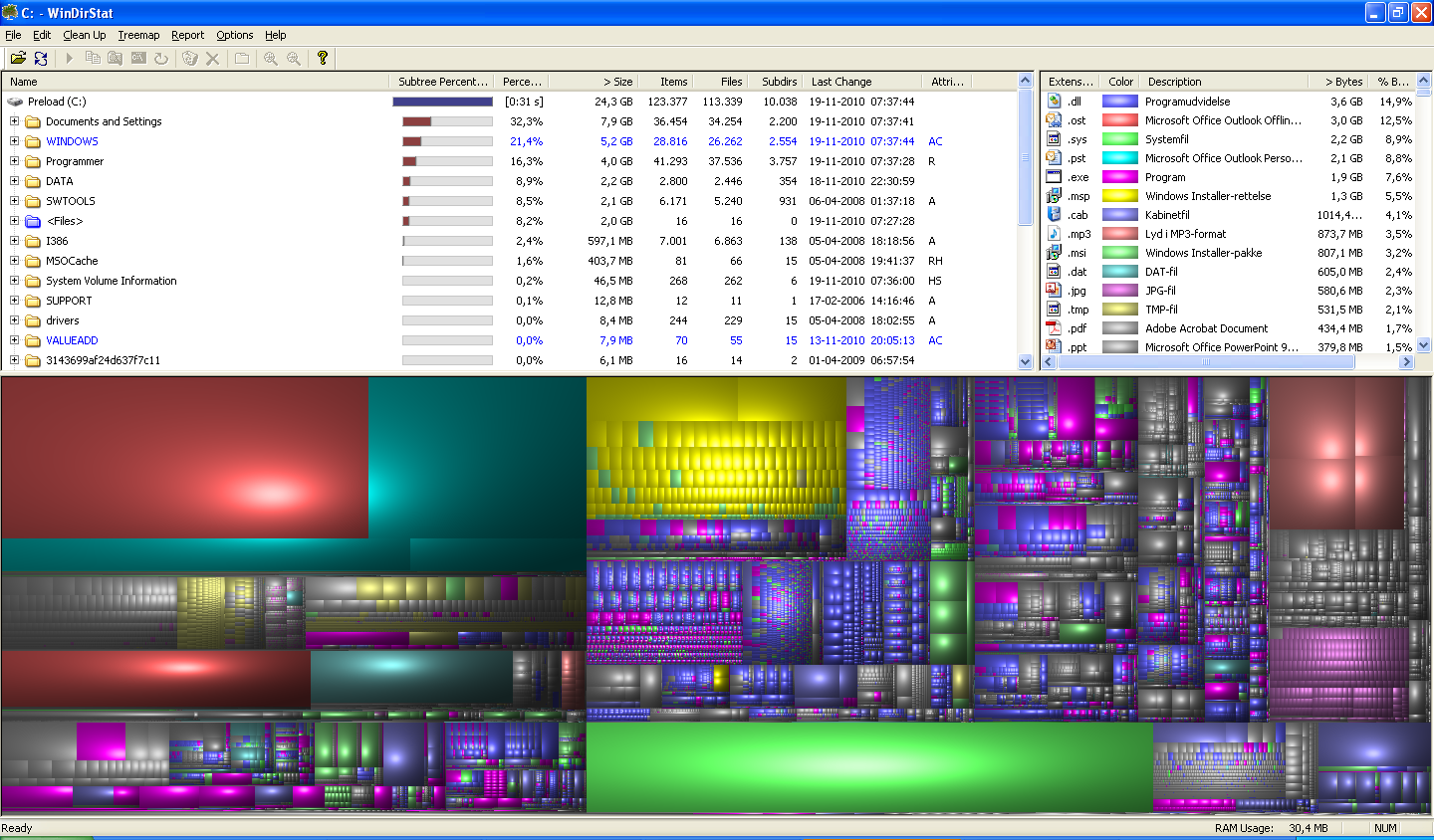 It might be hard to read here, but the first line says that the total amount of disk space in use on drive C is 24.3 GB. So Windows claims usage of 52.7 GB and WinDirStat can only account for 24.3 GB. Where is the other half of that disk space being used?

I hope someone has an answer, or some tricks or tips to do further research.

UPDATE: The laptop in question has an SSD hard drive. I am aware that these disk (at least the earlier ones) have a limited life-time. Could the symptoms described be caused by wear and tear on the SSD?

Lenovo installs a pretty useful application called "Rescue and Recovery" on most of it's systems. This applications performs full scheduled backups of your system to your hard drive, which you can access on boot by pressing the "ThinkVantage" quick-key on your keyboard.

Most probably the used space that windows is reporting incorrectly is the hidden portion of the disk that Lenovo's software is using up.

You SHOULD also be able to access the software from the Control Panel under "Lenovo's Enhanced Backup and Restore".

Just had the exact same problem with a Lenovo laptop. I was able to fix the problem after reading akseli's response. The Rescue and Recovery backups were occupying 24GB of the 61GB partition.

If you have a hidden folder called either C:\RRtemp or C:\RRbackups then this is where the hidden data is stored. WinDirStat cannot access the folder, so it fails to report the data.

On the same property windows, click on the second tab, then Check Now. Check the "Automatically fix file system errors" box, then Start. 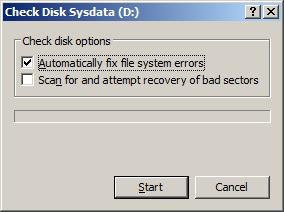 from here on is an edit: ADS == Alternate Data Streams
How to locate:
http://www.irongeek.com/i.php?page=security/altds

I've seen a similar issue where VSS was taking up a lot of the disk. Try running this to see if it tells you how much space VSS has.

Also, make sure you're running WinDirStat with Administrator rights, otherwise it can't see everything on the disk.

System and backup files can not be listed inside Windows Explorer even with admin account. This freeware tool can reveal this information: Folder Size 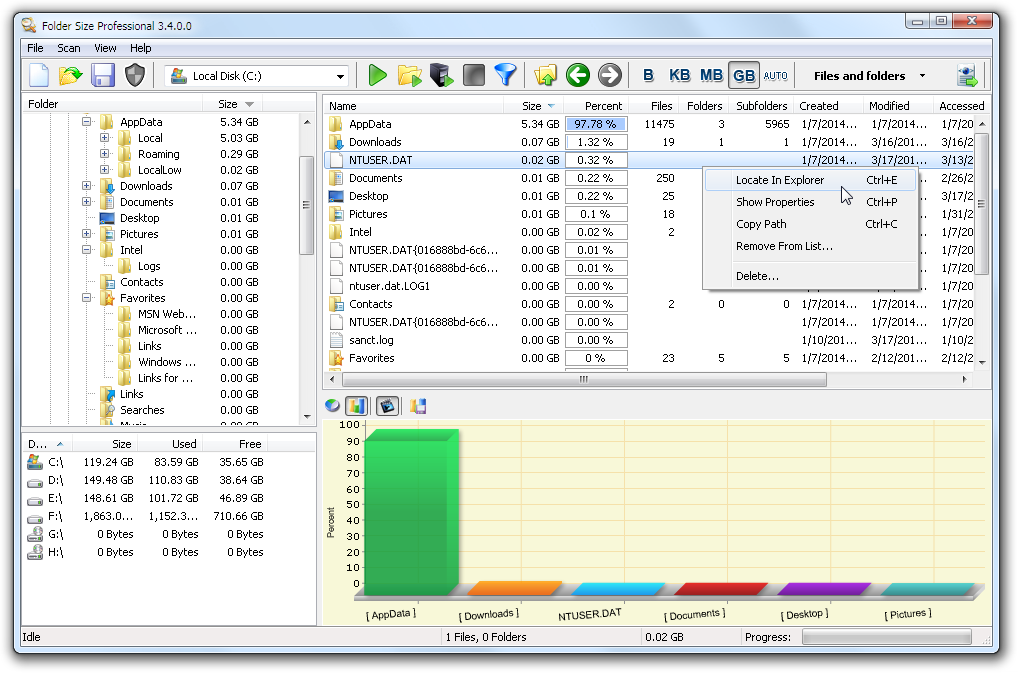 Maybe you didn't clean up your partition enough. Download and run CCleaner to be sure - it's one of the best cleaning tools.

Also, a few gigabytes may be taken by swap and hibernation files (pagefile.sys and hiberfil.sys on my Vista) - they are usually located in the root directory of your disk (C:\) and they have "hidden" attribute set.

It's quite clear from your screengrab that your "Documents And Settings" folder occupies more than 20GB of your HD's space. If i can see well, you have 35000 files in this folder (more than the files of the Windows folder).

You must navigate in the Documents & Settings tree , using windirstat, and give us some more information. I guess there is some LARGE video files or a dvd-rip or many many hidef photos in some folder below "\Documents and Settings\%user%\Application Data" folder..