Cool uses/mods for a "Chumby"? [closed]

Inspired by this question:

So we have the chumby:

What are some cool uses for this thing besides many of features described on the website? I would need some cool idea before considering one of these things at $200. Any cool hacks or websites describing mods?

I am getting the impression not a lot of people have these. They kind of seem like an expensive toy. I still kind of want one though just for that reason.

Curious. I never heard of Chumby before, until today the last TWiT podcast. The part of the transcript I think sums it up:

Veronica Belmont: I’ve got to say though, Google Voice is really nice when you are testing a lot of different phones at the same time.

Leo Laporte: That’s what I use it for.

Veronica Belmont: Instead of having give people different numbers.

Leo Laporte: That’s the echo chamber right there. For those of us who have eight different cellphones, there’s nothing like Google Voice.

Molly Wood: For those of us who have review units raining out of the sky.

Leo Laporte: My gosh Google Voice. But, you know, I often wondered if it wouldn’t be smart for somebody to design a product that would just like make Walt Mossberg so happy that he’d just jump up and down and David Pogue and Ed Baig, all the big reviewers and Ryan Block and Veronica and Molly and everyone goes, oh this is the best thing ever, even though it has no usefulness for anybody else, wouldn’t it be a success because everybody says well I’ll have to – I got to have that.

Leo Laporte: I think that’s what Twitter is actually.

Veronica Belmont: I still want one, I don’t know why.

Molly Wood: I want one so bad.

This is an anti-answer, but the Chumby is less about using and more about playing. It's a toy for hackers, hardware and software alike. Being linux-based and it's hardware being fairly open-source it is a pretty simple a widget that can be modified. It's not much of a consumer device.

Personally I considered one at the same time as a Nokia n810 and went with the n810. I'm not a hardware guy though--so the abilities to mod the Chumby were lost on me.

Coincidentally, my old faithful alarm clock recently stopped working so I have dug out my disused Chumby for another go.

I am planning to try it out just like an end user would, as something to sit beside my bed and wake me up in the morning. Simple as that.

In the past, the Flash widget model has kinda bugged me from a customisation point of view, but maybe things have improved on that score.

I would add some joysticks, install Chumby Mame, decase it and make a nice new MAME table top in a good Firefox fashion: 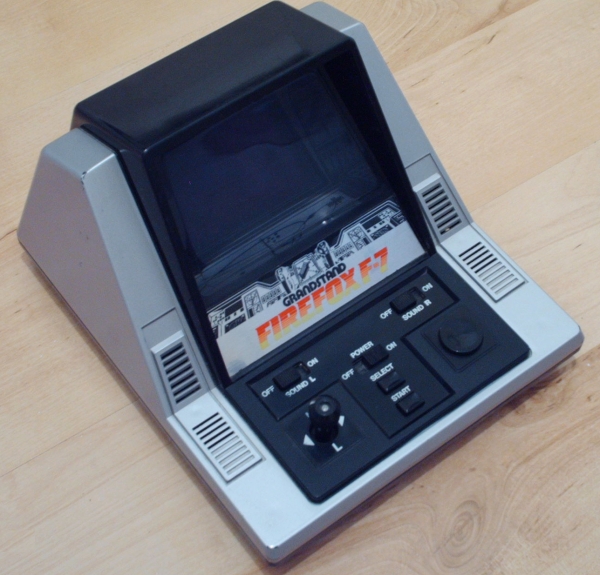 You could also get the two third-price Chumby guts version for projects like this.

I don't have one, but in response to another question here, you could setup a TODO/E-mail list through Gmail, then sick the Chumby atop your fridge to make a nice digital reminder that is updated when you need it to be.

2
What's the best tether for keeping my stylus attached to my Tablet PC?
3
Prong covers for AC power cords
8
What a half height 5.25" drive bay for?