If it exists on video load, it exists for the duration of the video. If it does not exist on video load, it never happens. It rarely happens for the first video I play, but usually happens for the second. I notice this effect on multiple websites that play flash video, including YouTube, and gomtv.net. However, I've never experienced this with YouTube HTML5 videos, or with any sort of videos played locally through VLC (even if they're copies of the ones giving me the problems on youtube). I don't know if this is a hardware or a software issue.

As for the error itself, it seems that some colours are vertically offset. For example: 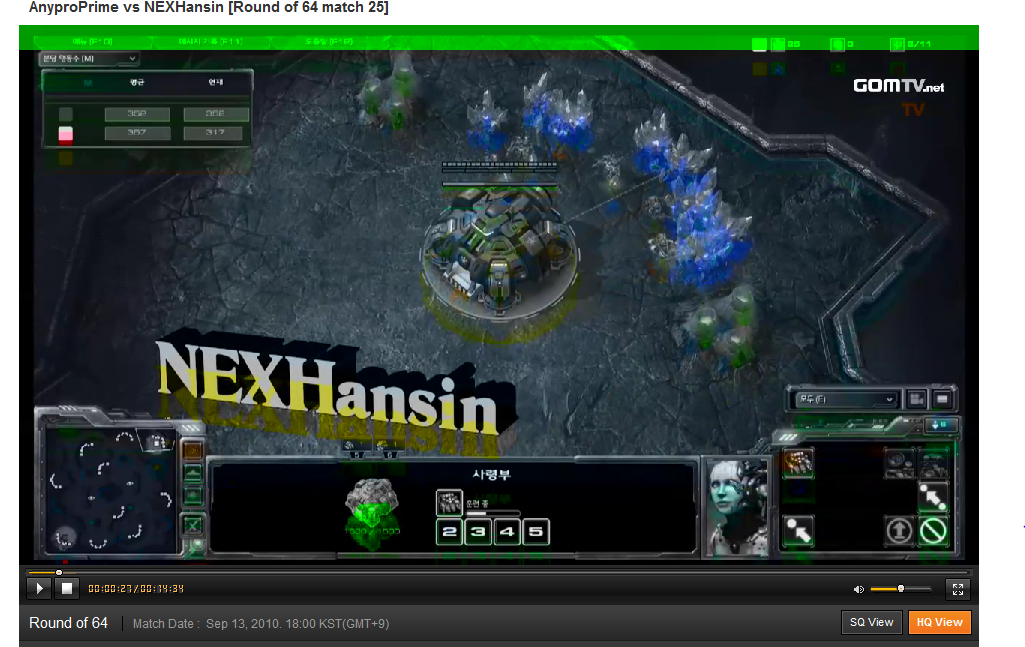 It has to be a bug in the video drivers attempting to accelerate video playback.

Not the answer you're looking for? Browse other questions tagged windows-7 video google-chrome internet-explorer flash-player or ask your own question.

4
How can I fix video tearing and pausing on Windows XP Flash videos?
2
Latest Flash Update brings in bugs in interaction
0
Browse YouTube with Google Chrome in Mac results in transparent video window
2
Macbook Pro suddenly lagging video playback + Flash sites
0
HTML5 video player stutters even after video is loaded
18
How can I force YouTube to not use HTML5 player because it is not working on the latest version of Firefox and now I can't see any video?
2
Buffer only if clicked on play button in a youtube video in Chrome HTML5
0
Can Chrome be prevented from doing page refresh when exiting a full-screen Adobe Flash session?