I am using VirtualBox on a Ubuntu 10.04 64bit host. I would like to install a Fedora 64bit guest.

When I try to run the 64bit live cd, it says "Automatic boot in 10 seconds..." after which I get a blue background with no menu options. I am familiar with Ubuntu but not Fedora.

I have been able to install a Fedora 32 bit system just fine.

Any suggestions? I am trying to run an rpm that won't run in Ubuntu even using alien.

update I tried to install from the full distribution (non-live) DVD image, and the installation stopped with the error

However, the results of uname -a indicate that my host is x86-64:

Have I configured VirtualBox incorrectly? 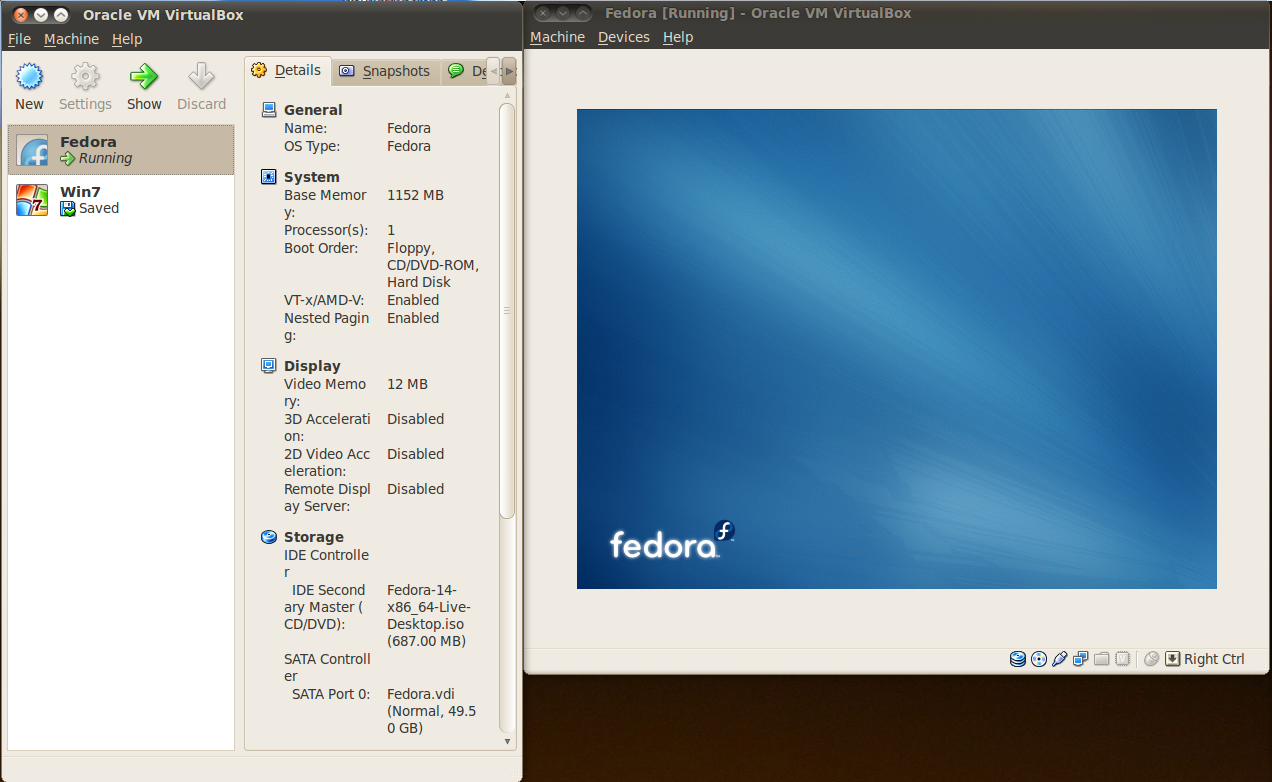 Can you please provide the exact model of your Processor?

because some processors don't give you access to 64 bit Modes in virtual machines, even though its supported on the host ...

Also, please make sure that you have the Intel VT-X mode (assuming its an intel CPU) enabled in the BIOS settings on the host ...

Not the answer you're looking for? Browse other questions tagged ubuntu 64-bit virtualbox fedora or ask your own question.