How to make the PC speaker beep from the Windows 7 command prompt?

I'm running some lengthy video encodes using the Handbrake command line interface. After all my encodes are done, I would like to have the PC speaker beep, as I usually turn my large external speakers off.

On Linux I would install the "beep" package, but so far I haven't found such a program for Windows 7.

Edit: The question seems to have morphed into "How to make Windows 7 beep the PC speaker?", for which the answer provided by HarryMC is the most appropriate.

From Default Beep PC Speaker changed in windows 7 – How to get back to old style :

The default beep is controlled by a driver under, c:\windows\system32\drivers\beep.sys. Maybe if you switched it out with a driver from XP/Vista it would increase the volume.

To see this driver you have to open device manager then click on View > Show hidden devices. Then under Non-Plug and Play Drivers you’ll see “Beep.” This is the driver that runs your beep. Right click on it then choose properties and go to the driver tab, then click on Driver Details… This shows the file version which looks like it’s been change with Windows 7. So replace it with an older version and see what happens.

In Windows 7, Beep was rewritten to pass the beep to the default sound device for the session. This is normally the sound card, except when run under Terminal Services, in which case the beep is rendered on the client.

(source) (An article on why) For those who can't be bothered to read: It was to reduce manufacturing cost

But if you are content with having the beep come out of your speakers a simple batch file can do it.

You can write a DOS batch file that beeps by doing the following: at the DOS prompt type:
echo @echo (Alt-7)>beep.bat

but instead of typing the characters: "(Alt-7)", you hold down the Alt key and press 7 on the numeric keypad. Don't use the 7 on the qwerty part of the keyboard, it has to be on the keypad, and Num Lock has to be on.

If you have python 2.x installed this line in a bat-file works

Try start'ing a fake file that doesn't exist. That makes both a popup and the beep sound, but I'm not sure if you want the popup or not... 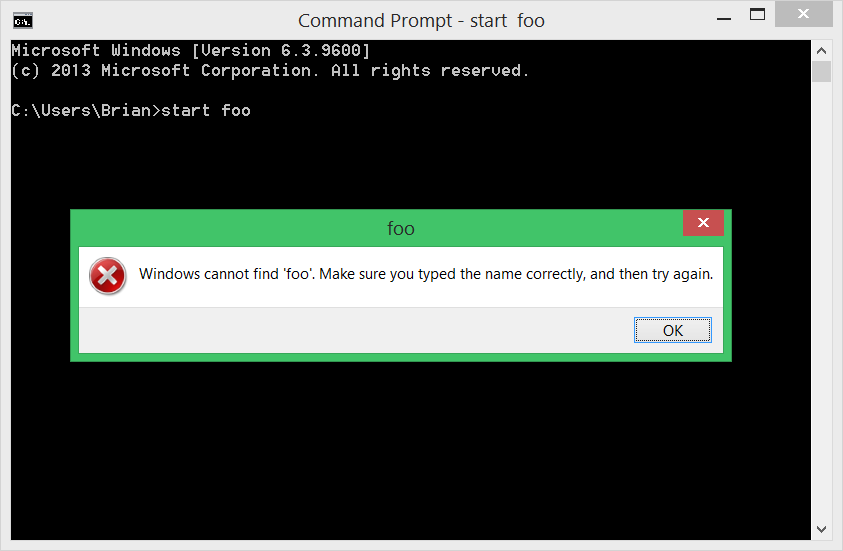 This little VDD driver fixes a problem with the Windows 7 NTVDM where the PC Speaker output is not wrapped correctly.

This may be due to the fact that the functionality of the BEEP.SYS System driver was moved to the Usermode Sound Agent. For further information, see the blog of Larry Osterman.

The answer of "canopee" is THE answer! That driver he links to, is the only one getting the beep() back for windows 7 64bit. I tried it and can confirm that it's working like a charm.

Alternatively you might consider downloading "buzzer.exe" from http://encode.ru/threads/383-A-command-line-tool-for-Windows-which-beeps-through-the-System-Speaker as well, which helps using the pc-speaker from commandline even more. It supports custom frequencies and repeatings.

I am not connected to waldbauer.com or encode.ru in any way, i was just searching for a solution to the missing beep, found it, and wanted to help "spread the word"!.. o)

The following seems to work on windows systems with py2 or py3:

If you turn off your external speakers, you don't use them for anything else. So you can also just disconnect them from your computer so the beep command goes through the PC speaker. No extra software or driver transplants required. You just need to remember to reconnect them afterwards.

This is based on Nifle's answer, but simplified. Rather than having to mess with the numpad, and writing to a temp batch file, I've just pasted the character itself below.

There are two ways to use it:
1) Copy the character on the page above, and paste it at the end of a cmd command. (eg. echo "hi"; <special_char>)
2) Enter the character yourself, by just pressing ctrl+g on your keyboard, when in the cmd window.

Running that character in a cmd command will play the beep sound. (I use it to notify me when a long-running task has completed)

EDIT: Also, a fast way to get the special character in your clipboard (eg. for pasting into batch files), is by typing the following command: echo <Ctrl+G> | clip (tip from here)

All the glory to Yuliskov's answer

Not the answer you're looking for? Browse other questions tagged windows-7 command-line audio or ask your own question.

33
Play a sound (maybe WAV?) from Windows line command
2
Make windows sounds use the motherboard/internal beeper instead of the default sound device?
0
How can i set my computer to beep once every hour after i booted it without using external software?
1
Beep PC Motherboard Speaker in Windows 10

2
Surround in Windows 7 with Soundmax
1
Sound from both speakers and headphones with SoundMAX ADI AD1986A on Windows 7: possible?
0
Why does my 5.1 surround work in testing only?
0
How can I get Windows Server 2008 to play sound?
1
Speakers will not work after I use USB Headset
6
How can I mix and map sound channels in Windows?
1
No sound after upgrade from Windows Vista -> 8.1 on Dell Inspiron 1420