How can I tell Firefox to ignore unprintable characters?

Apparently the intended character to display in this case is an "en-dash".

This page has a table half way down that shows that for the &ndash;, some software will convert the correct hex code of 2013 to 0096. (look at the first row in the table).

This blog article enforces this:

Character 150 (0x96) is the unicode character "START OF GUARDED AREA" in the non-displayed C1 control character range, but in the Windows-1252 encoding it's mapped to to the displayable character 0x2013 "en-dash" (a short dash).

Others have struggled with this when producing content, as this answer on Stackoverflow shows how to replace 0x0096 with 0x2013.

Google must realize this, because as stated in my original question below, Google's cached version of the Amazon page has &ndash; so it seems they are automatically correcting these mistakes on pages they cache.

I have tried setting my encoding to Windows-1252 but that does not help.

So now I guess my question is, how can I tell Firefox to ignore unprintable characters like these?

Every once in a while I notice an odd character on certain web pages when browsing the web. It is a outline of a box with a 4-digit number inside.

And example of a page that has these characters is: http://aws.amazon.com/ec2/#highlights

After each section heading (Elastic, Completely Controlled, ...) I see a box with the number "0096" inside. I looked at the cached version on Google, and google has &ndash; in it's place, so I'm guessing I should be seeing a dash there instead of the box with the numbers in it.

I have tried changing the character encoding in Firefox but haven't been able to find one that shows these characters correctly.

Is there a way to allow Firefox to view these characters?

Edit - adding a screen shot of the "special" characters: 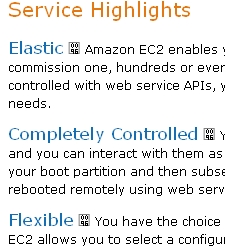 I logged into my Ubuntu desktop and browsed to the amazon page in Chrome and Firefox. Chrome completely ignores character, even if I inspect or view page source. Firefox in Unbutu displays the character exactly like Firefox on my Windows XP box. I copied the character and played around with it at the command line - here is a screenshot of the results: 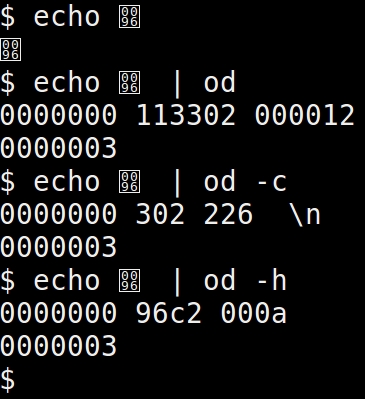 It is definitely not isolated to Windows XP. I tried setting the character encoding for my terminal to Windows 1252 (from Dennis' comment below), but then it just displays this character as a question mark.

I pulled the webpage down with wget and with curl, and both outputs show this characters as: <96>

It makes me wonder if this character renders correctly for anyone? It appears webkit just ignores it, my IE6 ignores it, Firefox displays the box with the numbers in it. I would have to imagine the design team at Amazon can see it correctly?

It's not a huge deal to get these characters displaying correctly, but it would be nice to know if there is a solution to this.

firefox special-characters
Share
Improve this question
edited May 23 '17 at 12:41

0096 is most likely an ASCII reference to the ' char which can be displayed within HTML as &#96;

Looking at your link however the HTML looks normal and there is no reference to &ndash;

Firefox should have no issues displaying the dash glyph as I just tested on 3.6.*...

...copy and paste the above code in a test document and name it test.html and open it up in Firefox. It should display your dash without any problems.

EDIT: As pointed out by Dave 0x96 is the ANSI equivalent of en dash. With this understanding it appears that this is a parsing issue with regards to the doctype specifiction within the page itself. Check out this thread.

You could extract the HTML and modify the doctype to see if this indeed where the issue is stemming from. It is most likely a cross between encoded values ie...ANSI -> Unicode; as Unicode the value is a non-printable char.

The error seems like it's with the page. Try changing the character encoding to Windows-1252 in Firefox to see if that helps.

If it's a page you control, try re-saving it and specifying a different encoding.

Not the answer you're looking for? Browse other questions tagged firefox special-characters or ask your own question.