How do computers boot?

How does a computer boot and how does this differ for Windows, Linux and other OSes?

What are the several steps the computer does during boot on a BIOS PC?

When you power your computer on, the processor will start the BIOS boot program.

If everything goes well; the computer will look for a video card, execute a power-on self test and show all the useful information about this and the next steps on the BIOS startup screen:

You will see the computer perform a memory test, detect any storage devices connected and depending on BIOS you might also see a second screen showing you an inventory of everything the computer has detected through common interfaces like COM/LTP/USB/PnP/...

So, as your computer is now ready it will now follow the boot sequence to determine which drive to boot from, it will look through the master boot records until a boot partition has been found, in which case the computer will start to boot the operating system by executing the boot record.

This leads on to booting Windows, booting Linux or ...

Your computer will initialize, do some tests and load the boot loader first, then it will load Windows.

How does Windows boot after it's boot loader has been loaded?

In this phase, the boot procedure will load the kernel, the device drivers, set up a session and start the first system processes, start the system services and load in basic functionality. 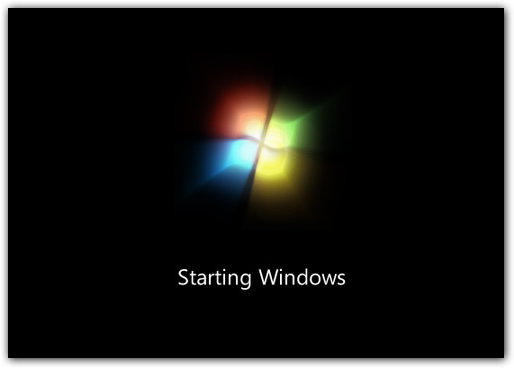 Once everything in this phase is done, the Local Security Authority Subsystem Service and Service Control Manager will be loaded followed by more services that load and Windows Logon.

Before and after you login; there might execute scheduled tasks, scripts and applications. Furthermore, once you login, the Desktop loads. Some people consider their computer booted once it hits the login screen, some when you get a working desktop...

In either case, your computer has finished booting!

Not the answer you're looking for? Browse other questions tagged windows linux boot community-faq or ask your own question.

6
How do I troubleshoot problems that occur during boot?

1
XP restarts the machine on boot over grub2 menu
0
Better way to quad+ boot operating systems?
0
How do I install a boot manager that works with Ubuntu and Windows 8? (Legacy)
0
Can't start linux , boot linux
0
Windows Boot Manager, linking a 'device' to boot linux
0
Secure Boot for Linux?
1
How to cleanup EFI boot list
11
How do computers know which operating system to boot?