What is the difference between CPU and Microprocessor?

What is the difference between CPU and Microprocessor?

A microprocessor is essentially a processor that happens to be on a chip (or a small number of chips), as opposed to one made from a large number of individual components.

As foo says, properly CPU refers to the main processor(s) of a system, though most of the time we call any processor that is typically used in this way a CPU. For example, we might refer to the Z80 processor in a Sega Mega Drive/Genesis as a CPU even though it actually serves as an auxiliary to the main processor, which is a more powerful Motorola 68k. (I believe the Z80 is often used to control the music and sound effects, though there is no reason why it would have to be used at all in a particular game.)

For an example of a CPU that is not a microprocessor, take a look at this 4-bit CPU: 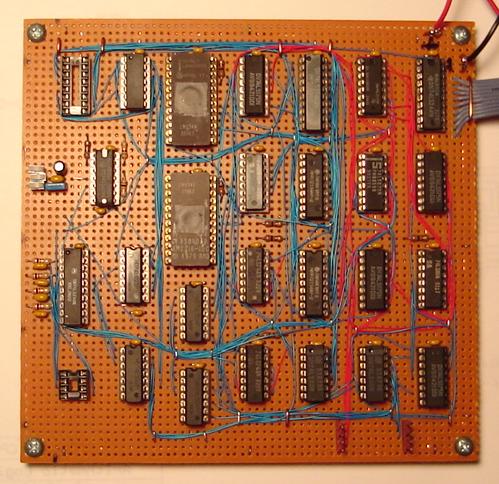 In everyday use: nothing, just the name.

If you want to be correct: a CPU is the "main" microprocessor, if you have several combined - the one that controls the others. Hence, Central Processing Unit.

A CPU ("central processing unit") is the core of a computer or a microprocesso, typically containing a "arithmetic/logical unit (ALU)" that does the computational work, an instruction fetcher, decoder and executer.

A microprocessor is a packaged electronic component containing a CPU, I/O, and memory access circuits.