Displaying Unicode on Chrome vs Firefox

My question is about the rendering of this post on Firefox vs Chrome. I can see a lot of boxes on Chrome, not so much on Firefox. 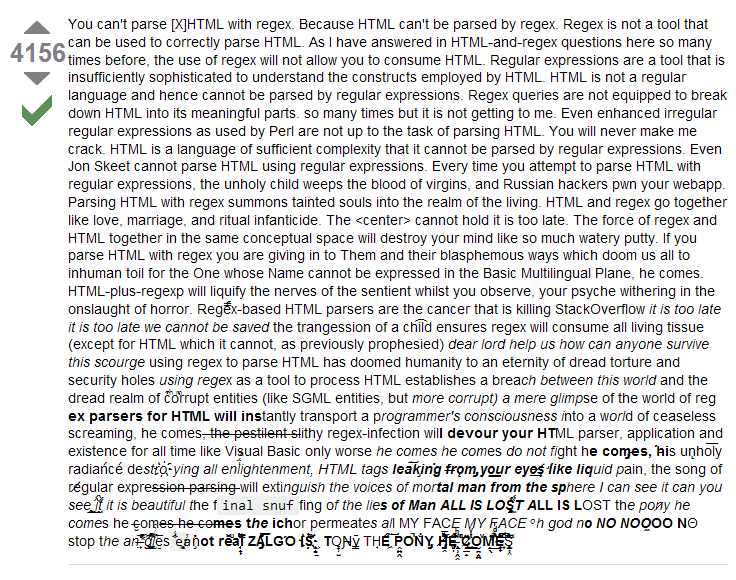 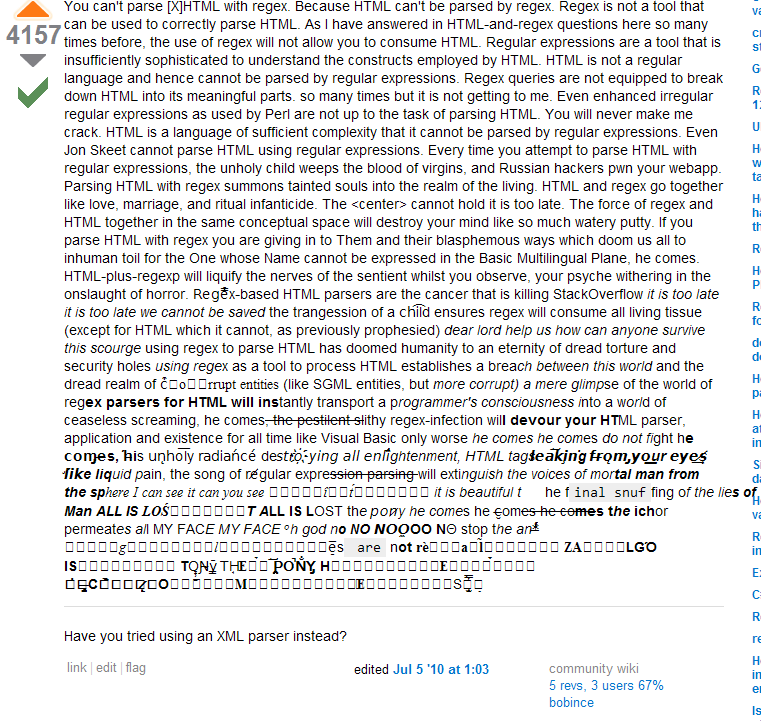 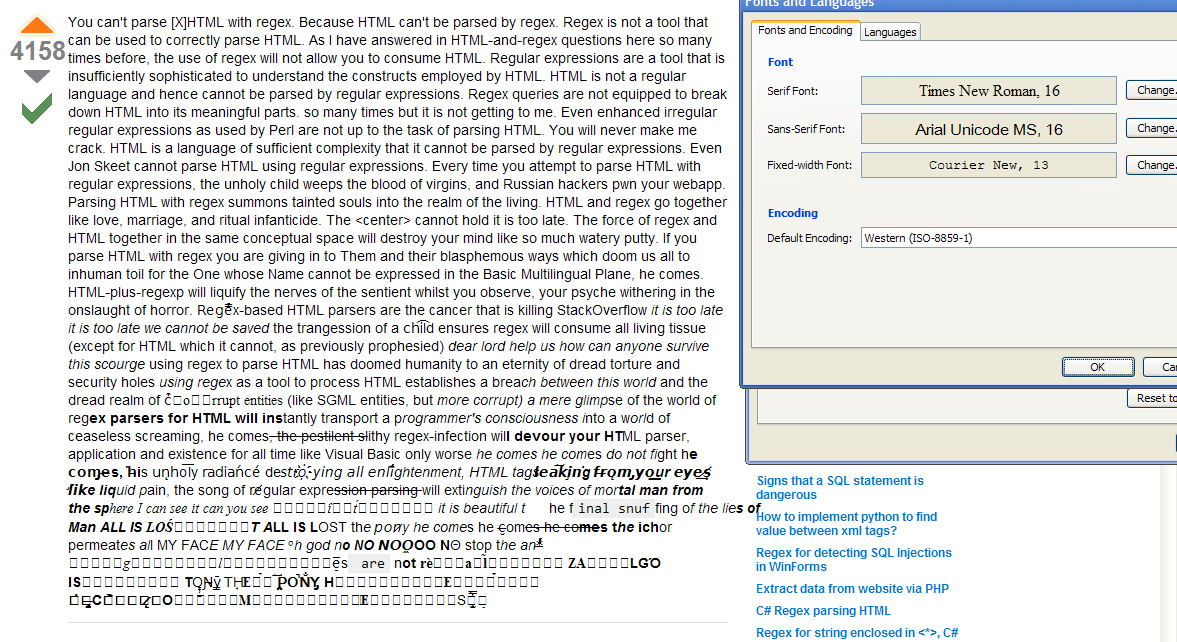 This is inspired by @Arjan's references

The smilies on Firefox(The reference smilies are the ones below)

The smilies on Chrome(The reference smilies are the ones below)

The source of the above post is displayed as below

There is more to it, including operating system used.

My Chrome rendering of that post looks similar to your firefox image.

Simply put, it is a mixture of ANSI/Unicode characters and encoding techniques. Different browsers (and operating systems) treat and render it differently.

I am running Windows 7 - Windows Vista and Windows 7 handle ANSI/Unicode and international rendering much better. If you go to international/region options in control panel (of XP), you should be able to install additional support for complex languages.

This simply means to me that Firefox uses its own rendering engine for everywhere, where as Chrome relies on the operating systems support.

It looks the same in both browsers for me :/

Have you tried changing character encodings or the Chrome font in the Chrome Options? It could be that Chrome is either using the wrong encoding or a font that does not have the full unicode set.

Check that the fonts and encodings are the same between Firefox and Chrome.

In Firefox go to: Options -> Content -> under "Fonts and Colours" click Advanced
And in Chrome: Chrome Options -> Under the Bonnet -> Change Font and Language Settings.

Make sure they are both the same and theory has it that you will see the same in both browsers.

Looking at your 3rd Update it looks like you have an old/weird XP version of the Arial font, it could be that XP simply has an older version of the font than Vista or Win7

Ah, just found the Microsoft font pages which usefully detail which versions of fonts are supplied with each of their software packages. Take a look at http://www.microsoft.com/typography/fonts/font.aspx?FMID=1705

It looks like the only legal way to get the Arial v5 font is from Windows Vista or Windows 7. Or to pay $30 for it. Is there anyone where you are with a Vista machine that you can "borrow" the font from? The problem is that I'm not sure how well XP would support the updated font.

I fixed this problem by installing these fonts as was recommended in this blog post.
In case these links get invalidated for some reason, here are archived versions: fonts, blog post.

Not the answer you're looking for? Browse other questions tagged firefox google-chrome fonts unicode or ask your own question.

263
Which Unicode characters do smilies like ٩(•̮̮̃•̃)۶ consist of?

8
How to get Firefox to use MS TrueType fonts for Helvetica, Times, etc?
6
Good Font for Unicode Symbols
3
Text renders awfully in Chrome on a PC, yet fine in all other modern web browsers
9
Several unicode characters are not displaying on many big sites (like this: ⁠)
13
Why isn't Helvetica Neue rendering properly?
2
Correct U+23F4 and U+23F5 unicode characters?