I'm in the ADC so I have legitimate access to a free copy of Snow Leopard Server and licence key which I need to use to test my Push Notifications. I downloaded the software, and when I opened the .dmg I saw "Click to install Snow Leopard Server" which I did, and then it prompted me to restart the computer to begin installation.

When the computer restarted, however, it just booted into my regular OS X partition. I kept trying to no avail. Obviously I'm missing something stupid here but I'm not a server admin so I don't know what to do The dmg is almost 6 GB so I can't burn a DVD of it.

There is no need to look to the hackintosh crowd. The contents of the .dmg represent a bootable volume, though you can't boot from a disk image (.dmg) because it needs the OS up and running to be able to mount it.

The solution is fairly simple. Use Disk Utility (in the /Applications/Utilities/ folder) to create a second 10 GB partition at the very end of your hard drive. For many developers this is the standard way we upgrade between seeds during major releases (no sense in burning DL DVDs for each seed). This method is actually described in the ReadMe for those releases as well.

So, after creating a 10 GB partition, you can then use Disk Utility's Restore (asr (Apple Software Restore)) feature to "clone" the .dmg file to that newly created partition. As you can see in the image, I still have one volume left over from the move to Snow Leopard ("MacOSX Install DVD"). (Oh, it's 36.76 GB instead of 10 GB because of a nice bug in the pre-release version of Disk Utility ;-). 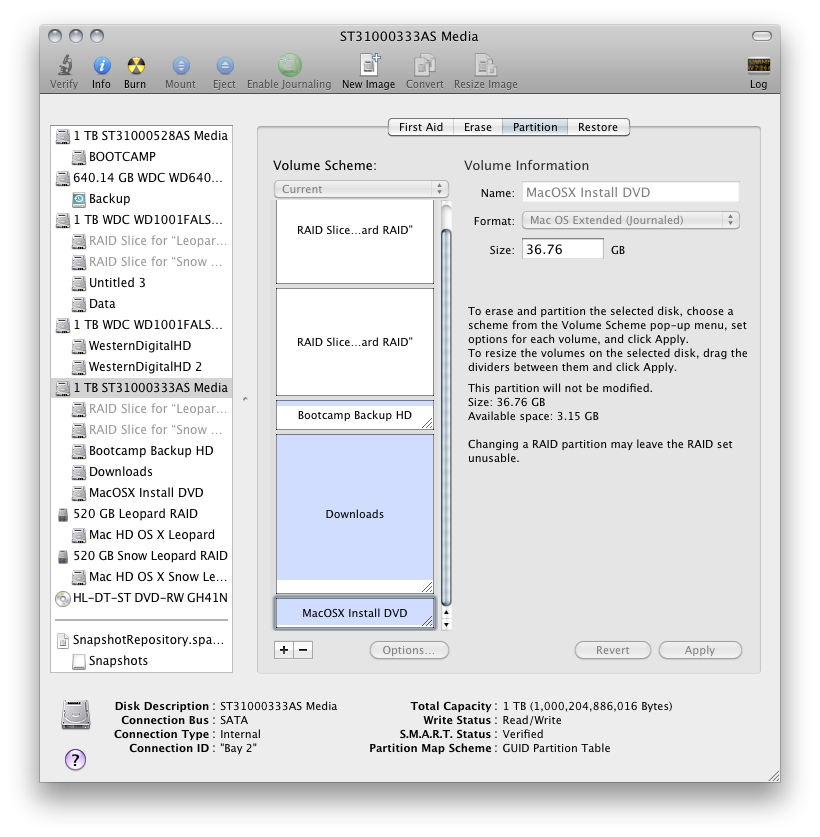 Set up the restore scenario as follows: 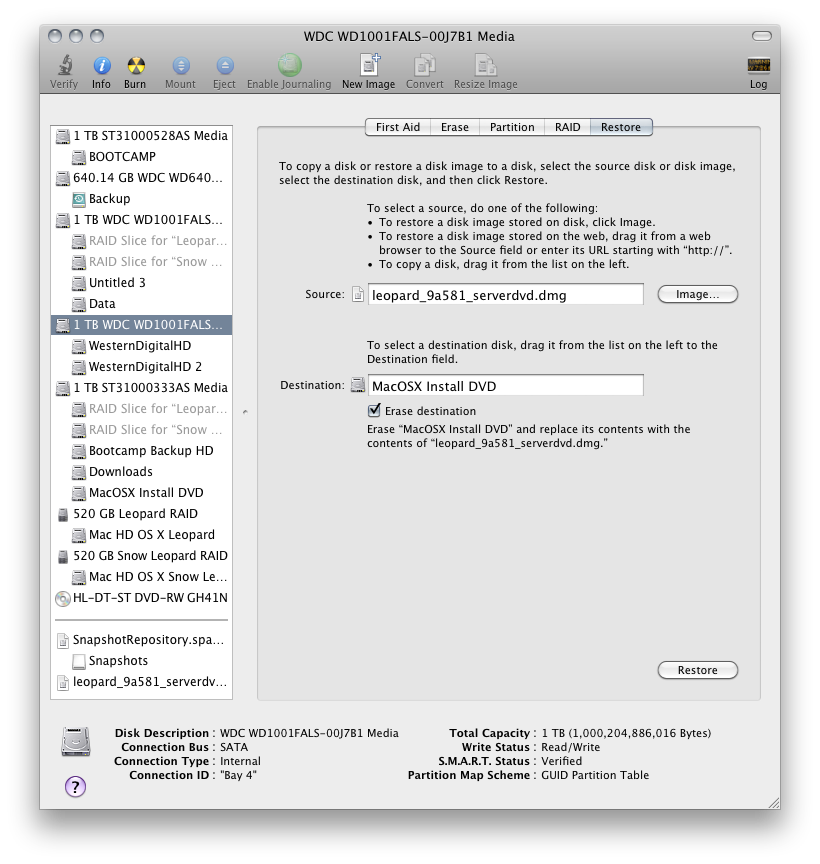 You should then be able to choose the startup disk in the Startup Disk preference pane in System Preferences.

You have to burn that DMG with a Dual-Layer DVD, and you're gold. If you read up on the hackintosh crowd, they have a way to turn those DMGs into bootable install media, if you have a big enough USB drive.

Not the answer you're looking for? Browse other questions tagged installation partitioning osx-snow-leopard or ask your own question.