All the current versions of top five web browsers support private browsing mode, where they don't save anything as history or cache or cookies. But do they use cache saved from previous normal session?? suppose I open Facebook in normal mode and all the assets of webpage are cached, now, I open it up again in private mode, will my browser use the same cache it stored earlier ? also, does same apply for cookies?

No and no. That's the entire point of private browsing.

Wade was right and I was wrong. According to research, browsers tend to leak information, especially through add-ins.

The researchers found that the browsers' protections were imperfect. Browsers did not properly isolate their private sessions from non-private ones, with the result that suitably crafted sites could trace visitors between private and non-private sessions. Sites could also leave persistent indications that they had been visited, allowing visits to be detected by local users.

As Wade also pointed out, Firefox will reuse non-private in-memory cache for sites that are then visited in privacy mode.

Randolph you are incorrect. I just tested firefox 10. It uses in-memory cache of pages and websites. It does not use the on-disk cache.

Good point about the addons :)

Chrome incognito windows also use cached static assets from previous non-incognito browsing sessions, without restraint. (A quick look at the Network tab in Dev tools demonstrates this). In my quick check, it also appeared that clearing the cache had no effect on any open incognito windows--they still used the cached assets! In sum, Incognito isn't currently a useful tool for loading pages "from scratch".

The answer by Ben Roberts saying that Chrome incognito uses "cached static assets" is false.. And the check of the Network tab in dev tools proves the opposite of what he said. It proves the static assets like CSS file, JS etc. all get "reloaded from scratch" meaning existing cache is not used.

Look at the screenshot below comparing the normal window with a new incognito mode window. I looked at all the assets in incognito mode and none of them show as "memory cache" (I scrolled all the way to the bottom).

Other answers like saying they can track IP, add-ons leaking data etc. May be correct, but static assets like css/js/image files, cookies etc. all get reloaded.

I'm assuming when he was doing the test he had several incognito windows open which do share data between each other. 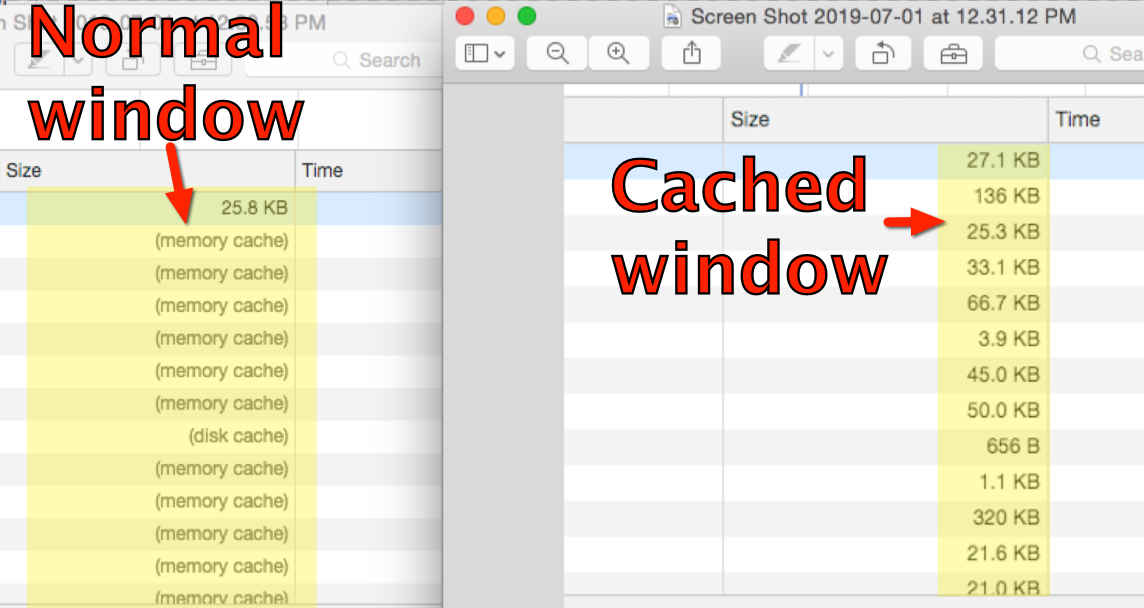 Not the answer you're looking for? Browse other questions tagged google-chrome firefox security browser-cache or ask your own question.

1
How to temporary remove all cookies in chrome?
0
firefox saved session with private browsing
0
autocomplete and cache in Firefox
0
Chromium Incognito mode automatically logs me in to website
8
How can I cache all pages I visit with Firefox?
0
How can I diagnose why a website signs-out when cookies are enabled?
0
Is there any way to separate data/cookies/cache so each browser windows has its own and clearing one doesn't effect the other?