My MacBook seems to be really slow these days, no matter what I do. On Windows I had so many choices to figure out what's taking memory, CPU cycles and what not and take action appropriately.

Wondering if there is an equivalent alternative for Mac OS X for what Task Manager is for Windows?

Activity Monitor. It's included with OS X. Just look in your Applications/Utilities folder or use Spotlight to find and open it. 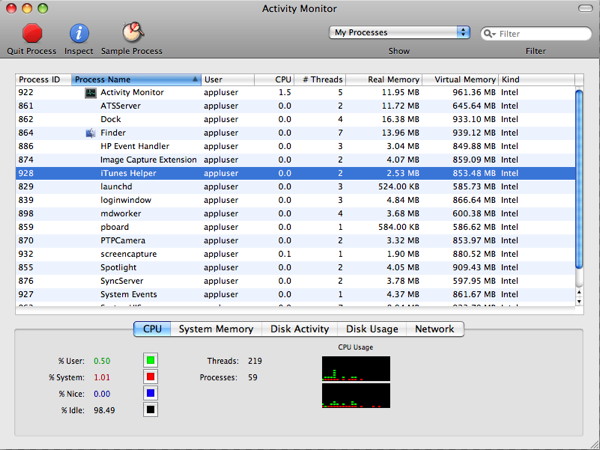 O'Reilly Mac Dev Centre has a good run down on how to "read it". And Peek-a-boo is a good way to show you how processes connect to one another.

Although if you really want to know what your system's up to, I'd recommend iStat pro.

As others have answered, Activity Monitor in /Applications/Utilities/ is the most direct equivalent to the Windows Task Manager, but there are other options..

I mainly use iStat Menus to work out which application is using up all the CPU time..

Instead of having to launch Activity Monitor (which takes a few seconds to start), I just click the little CPU menu bar item, and it lists the current top processes:

You can also use the "top" command instead of Activity Montior (it's quicker to launch also). Just run the top command in a terminal: 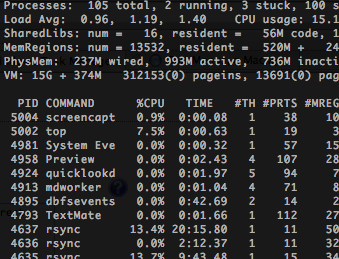 I have an alias ltop which launches top, ordered by CPU usage, with a few flags to reduce it's CPU usage (reduces it's accuracy with regards to memory usage, but uses about 2% CPU instead of about 10-12% by default):

One thing that will help when using Activity Monitor is to add columns of information (exactly the same as Process Explorer). Right-click on the process columns and you can add significant additional info: 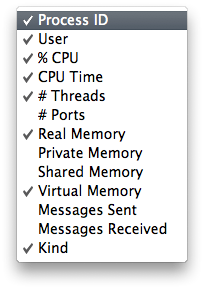 Another important piece of information to look at in activity monitor is your paging: 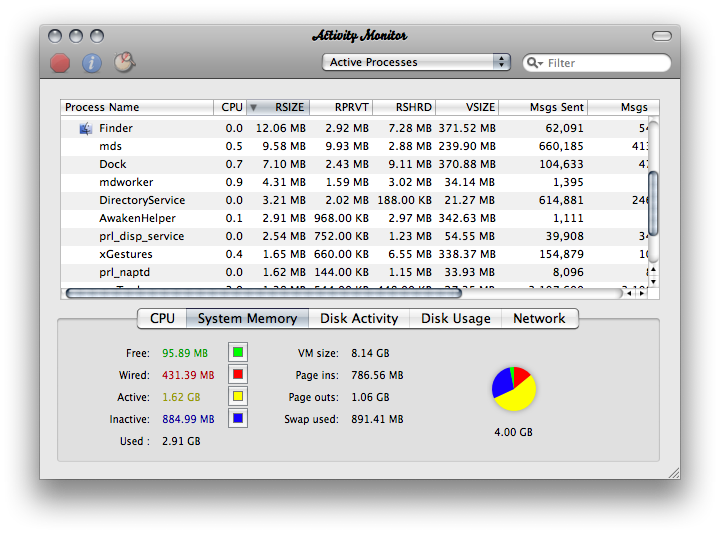 What this shows is how much hard disk page swaps have occurred and how much swap memory is physically written to disk. If you see active page ins/outs, then an application is forcing swapping.

Tasks Explorer, which is close to Activity Monitor, although has some features which Activity Monitor does not have (process environment, used shared libraries, opened files, exported symbols).

Also, interesting to note that you have a shortcut ( that took me a year to remember ) to quick access that:

You can check out "Mac Helpmate" to tidy up your OS.

If you are using brew. Check htop it's a terminal-based monitor system

Not the answer you're looking for? Browse other questions tagged macos mac or ask your own question.

0
When I try to turn off my Mac, the Finder menu appears

6
Why are Windows updates slow and Mac OSX updates relatively fast?
2
Can Mac OS X be used as a complete subtitute for Ubuntu?
4
How to limit the memory usage of chrome on a Mac?
15
Why has my Mac become so slow? (And how do I start to answer that?)
15
My Mac is slow but don't know what's slowing it down
1
kernel_task cpu usage 300% plus long press power button to start Mac Air
1
VirtualBox Mac very slow