How to place SuperFetch cache on an SSD? 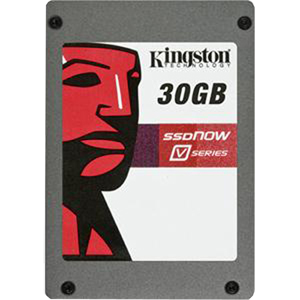 I know I can (and should) move my paging file to the SSD:

Should the pagefile be placed on SSDs?

Yes. Most pagefile operations are small random reads or larger sequential writes, both of which are types of operations that SSDs handle well.

In looking at telemetry data from thousands of traces and focusing on pagefile reads and writes, we find that

In fact, given typical pagefile reference patterns and the favorable performance characteristics SSDs have on those patterns, there are few files better than the pagefile to place on an SSD.

What I don't know is if I even can put a SuperFetch cache (i.e. ReadyBoost cache) on the solid state drive.

I want to get the benefit of Windows being able to cache gigabytes of frequently accessed data on a relativly small (e.g. 30GB) solid state drive. This is exactly what SuperFetch+ReadyBoost (or SuperFetch+ReadyDrive) was designed for.

Will Windows offer (or let) me place a ReadyBoost cache on a solid state flash drive connected via SATA?

I know that Windows Vista limited you to only one ReadyBoost.sfcache file (I do not know if Windows 7 removed that limitation):

Q: Can use use multiple devices for EMDs? A: Nope. We've limited Vista to one ReadyBoost per machine

Q: Why just one device? A: Time and quality. Since this is the first revision of the feature, we decided to focus on making the single device exceptional, without the difficulties of managing multiple caches. We like the idea, though, and it's under consideration for future versions.

I also know that the 4GB limit on the cache file was a limitation of the FAT filesystem used on most USB sticks - an SSD drive would be formatted with NTFS:

Q: What's the largest amount of flash that I can use for ReadyBoost?
A: You can use up to 4GB of flash for ReadyBoost (which turns out to be 8GB of cache w/ the compression)

Q: Why can't I use more than 4GB of flash? A: The FAT32 filesystem limits our ReadyBoost.sfcache file to 4GB

Can a ReadyBoost cache on an NTFS volume be larger than 4GB?

The ReadyBoost cache is encrypted with a per-boot session key. This means that the cache has to be re-built after each boot, and cannot be used to help speed boot times, or latency from login to usable.

Windows ReadyDrive technology takes advantage of non-volatile (NV) memory (i.e. flash) that is incorporated with some hybrid hard drives. This flash cache can be used to help Windows boot, or resume from hibernate faster.

Even if you can't make the SSD your boot drive, you can still tell Windows to use the SSD for your page file. Either way it eliminates the need for ReadyBoost.

Turns out you cannot put a ReadyBoost cache on an SSD.

When you initially format the drive, and assign it a drive letter, you are given the option to place a ReadyBoost cache on the drive.

But on subsequent reboot, the ReadyBoost driver reports in the event log:

The device (Unknown Unknown) will not be used for a ReadyBoost cache because the ReadyBoost driver is attached to its volume stack.

Even though a ReadyBoost would be useful for a computer running on spinning platters, ReadyBoost seems to limit itself to storage devices connected to the slow USB port.

Look at motherboards that support Intel's Rapid Storage technology. It allows the use of a SSD as a cache for your magnetic/spindle hard drive.

Windows 7 use the Windows SuperFetch algorithm to determine which files should be stored in the cache. SuperFetch monitors files that users access (including system files, application files, and documents) and pre-loads those files into the ReadyBoost cache. All files in the cache are encrypted using 128-bit AES if the flash storage device is removable, but hardware manufacturers can choose to disable encryption on internal, non-removable ReadyBoost devices. Because the ReadyBoost cache stores a copy of the files, the flash drive can be removed at any point without affecting the computer-Windows will simply read the original files from the disk.

> cache is encrypted with a per-session key, making its existing contents unusable during boot and SuperFetch pre-fetching during login

There's mention here about disabling compression and encryption of ReadyBoost.

Also, there are parameters for EnableCompression and EnableEncryption, but no specifics on how to add this to your registry or GroupPolicy to make it stick. Not sure if disabling encryption would keep your SuperFetch.

Not the answer you're looking for? Browse other questions tagged windows-7 ssd readyboost or ask your own question.

16
Do SSD hybrid drives perform better than HDD + ReadyBoost flash?
0
Readyboost Zero Cache Reads
3
Should I be worried about my Prefetch/Superfetch settings in Windows 7 on a SSD drive?
3
Does ReadyBoost slow down systems with more RAM?
7
Intel SRT vs Superfetch
1
win7 laptop with SSD, 2 gig RAM: Should I use Pagefile or ReadyBoost?
1
What should I use the extra space on my SDCard for in addition to ReadyDrive?
0
What is better, installing Win8 on an SSD directly or using the SSD for ReadyBoost?
64
What's the technical difference between a flash drive and an SSD?