How can I determine which RAM module is failing Memtest86?

One or many of the memory cards out of total 4GB (4x1GB) are failing. The following is memtest progress screenshot. It is always pointing to memory at 19xx MB and 50xx MB. Error bits are always 04000000. How can I determine which of those 4 cards are failing? The strange thing is that if I test them individually they are not failing. I've change Motherboard. 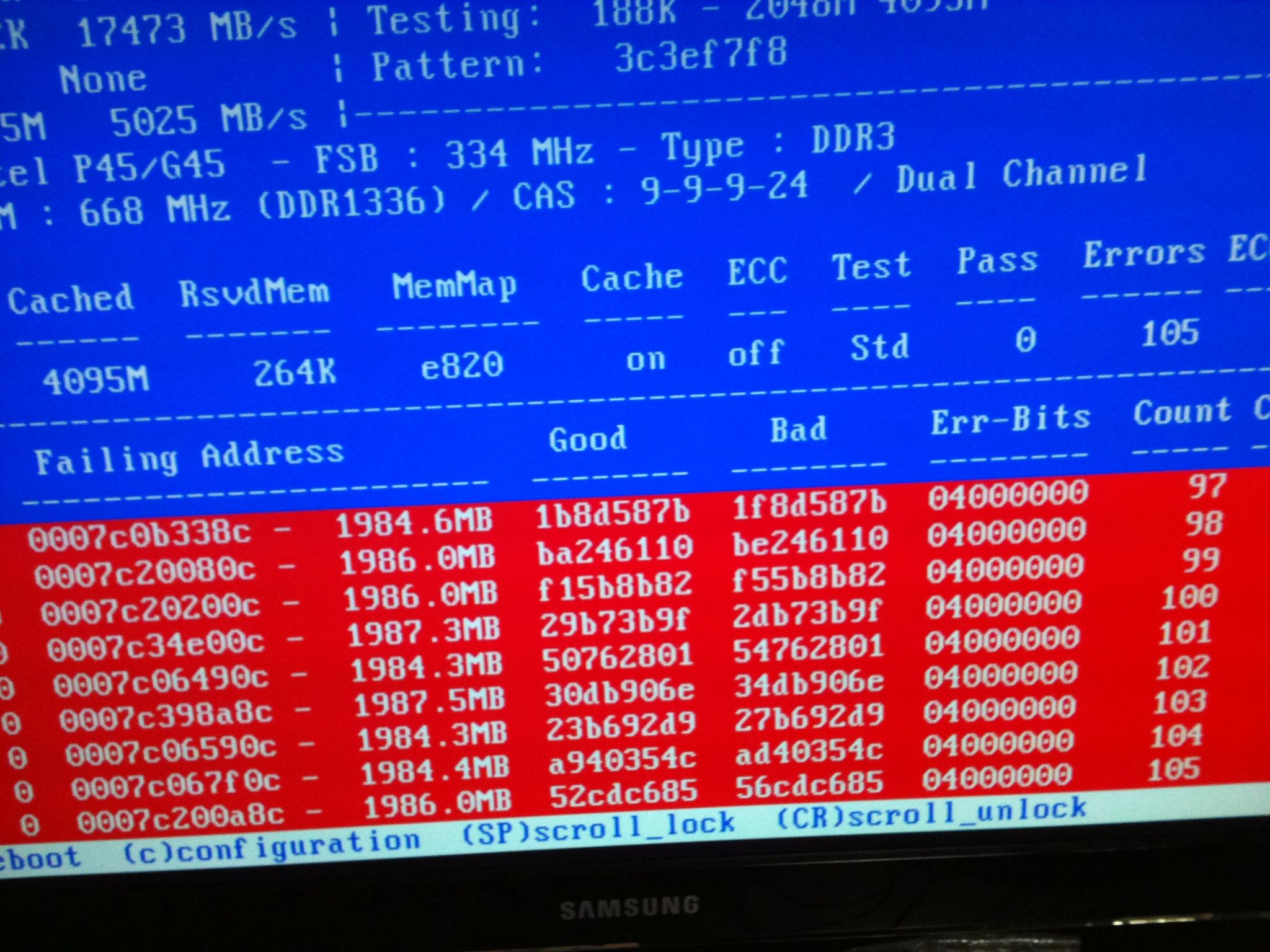 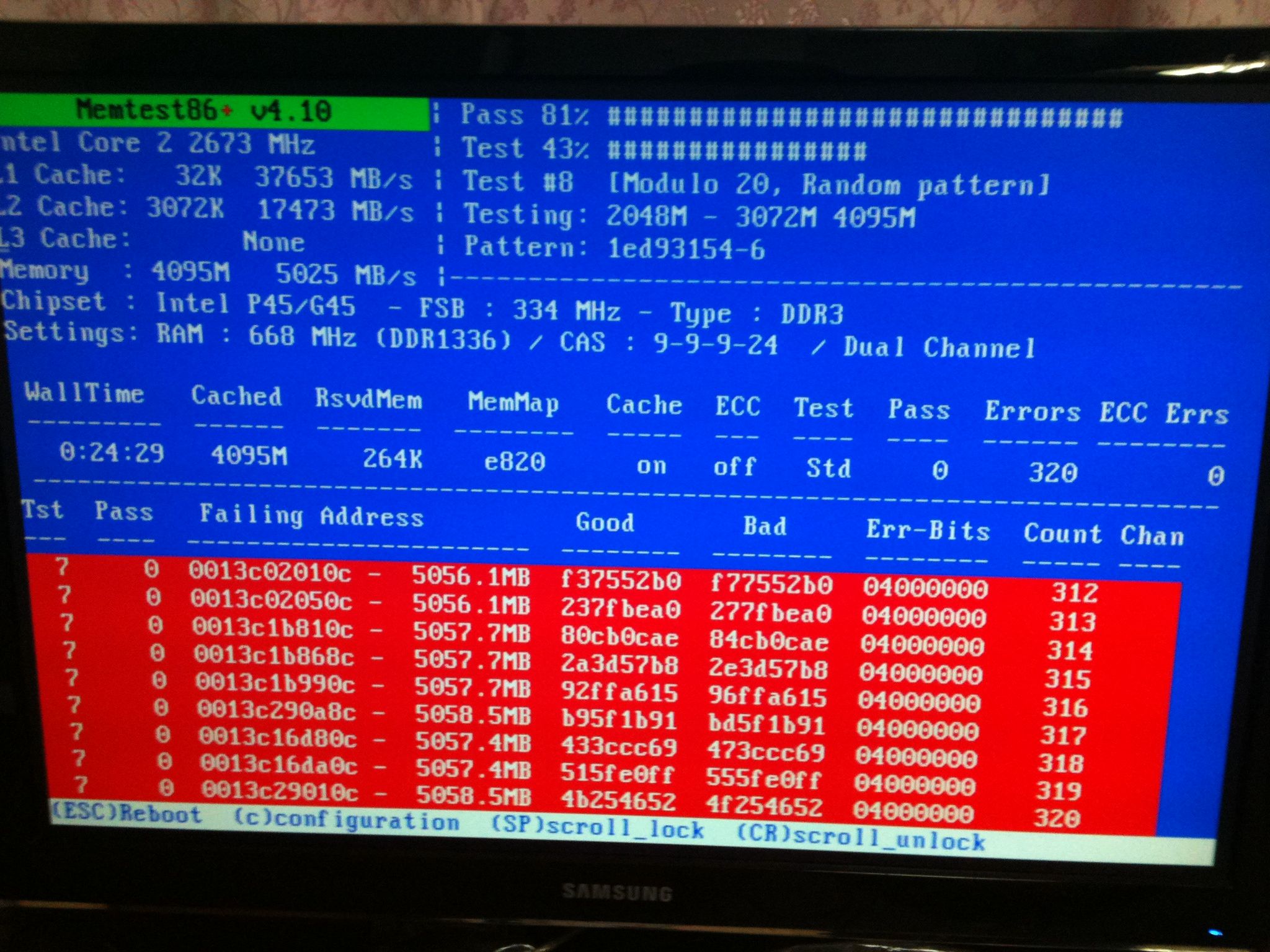 Use the process of elimination -- remove half of the modules and run the test again...

If there are no failures, then you know that these two modules are good, so put them aside and test again.

If there are failures, then cut down to half again (down to one of four memory modules now) then test again.

But, just because one failed a test, don't assume that the other doesn't fail (you could have two failing memory modules) -- where you've detected a failure with two memory modules, test each of those two separately afterwards.

Important note: With features like memory interleaving, and poor memory module socket numbering schemes by some motherboard vendors, it can be difficult to know which module is represented by a given address.

I know it's an old post but maybe someone will have the same problem. It could be that the problem appears when the mainboard is entering in dual channel configuration, so the problem could be from the processor, especially some of the the pins from underneath it could be bended.

Not the answer you're looking for? Browse other questions tagged memory hardware-failure memtest86+ or ask your own question.

64
How do I interpret the statistics of a memtest run?
0
Interpreting memtest - 0 passes

4
Why are the failing addresses in Memtest86+ higher than my total memory?
2
Memtest86 failing address
4
Definitively determine motherboard maximum memory capability
0
Incompatible memory modules, but memtest86+ shows no errors
1
Memtest86+ which DIMM is failing?
20
RAM tests inconsistently - what is the most likely culprit? (i.e. what should I spend money on replacing)
2
Strange memory issue - Is it the motherboard instead?
0
How do I interpret these Memtest86+ results?