How do I get the list of defined shortcut keys in the Start menu?

How can I find out which keyboard shortcuts are defined inside the Start menu? And what shortcuts they are assigned to?

I open my main Visual Studio solution with a shortcut key, Ctrl+Alt+M. This is set up by having a shortcut inside the Start menu with:

On several occasions there have been requests for a program that displays what global keyboard shortcuts are registered by various applications. ActiveHotkeys does just that: it will show a list of all active (registered) or inactive (available) global hotkeys.

Updated to version 1.1 - the Play/Pause edition. Totally free for all; please let me know if you encounter a problem. No installation necessary - just unpack and run. See the included readme file for details (or click the About tab in the program).

Please note that Windows does not allow for detecting which application has registered a particular shortcut, so that feaure is not included. (If you think you know how to achieve that, using message hooks or what-not, please post here or earn some karma at StackOverflow) 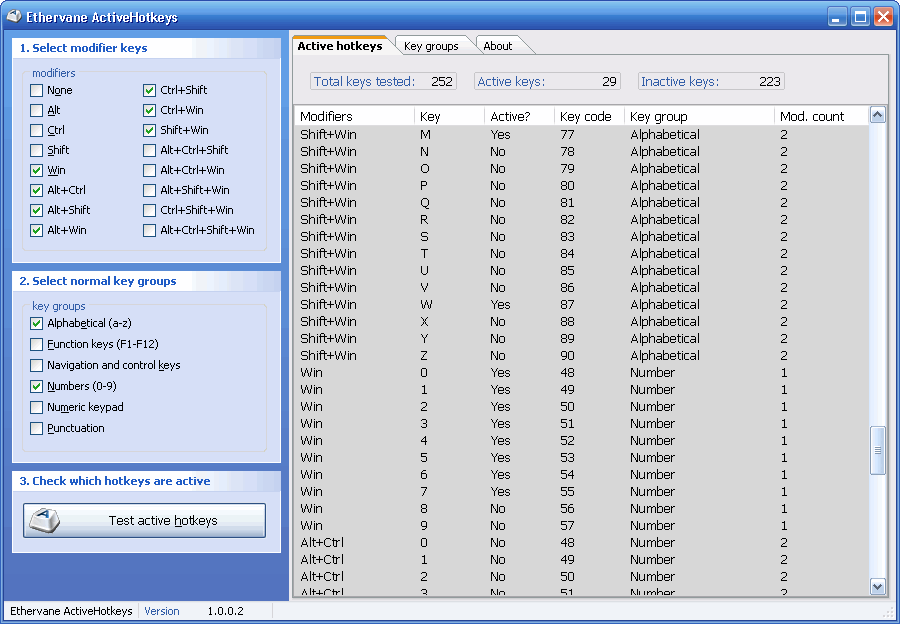 There is a utility that helps you see which programs have grabbed which shortcut. It is called Shortcuts Map from Zealsoft.

To the left, there should be a link that says "Download Windows Hotkey Explorer Free!". This did the trick for me. It showed that "Cisco IP Communicator" was using Ctrl+Shift+A as a global hotkey when I needed it to work as "Add New Item" in Visual Studio.

Not the answer you're looking for? Browse other questions tagged windows keyboard-shortcuts windows-explorer start-menu or ask your own question.