Random desktop powerdowns - what else can I check?

My main PC, an 8-year old Dimension 2350, started powering down randomly today (as in monitor says "no signal" and all power is cut, and NOT the progressive Windows shutdown that happens you mistakenly push the power button.)

I'll be looking for obvious issues like loose connections and capacitor bulges/leaks. I think there was a very slight burn smell from the power supply a few days ago, though there's none today and the PC has zero issues turning back on. It will run for 1 to 3 minutes before shutting off and it's supposedly slow, but I couldn't immediatly check what threw it to 100% usage without elevating the Taskmgr. I replaced the previous power supply 3 years ago due to a less hidden smell AND reboots.

I recently noticed prominent lint covering some vents and hadn't bothered fix them then --that DOES increase the CPU temperatures and cause shutdowns AFAIK (Pentium 4 @1.7Ghz by the way). I should run Prime95 stability tests as well. It doesn't have more than the stock heatsink/fan combo for normal cooling and there are no CPU temperature sensors to confirm whether overheating is a problem, but it's been OK at that spot of the house for 3 years. I haven't checked the PCI nVidia card's sensor today but know that particular part is about 50 Celsius on idle and 70 under heavy loads. The card is an 8400GS and the PSU is 350 Watts. The former PSU was rated ~100 Watts back when I had an older nVidia card, so the card should not be choking the power distribution --nothing is even running in 3D when it dies, and heavy 3D games/screensavers haven't been a problem before.

The PC also powered down while I was spying BIOS settings and another time while booting Linux, so I know it's not XP's fault for once and unplugged it till I start checking. I see no "thermal events" nor anything else in the BIOS.

What else might I check? can I finally justify building a custom PC? Thanks

I have had a faulty component, short circuiting internally, making the power supply shut down.

At first I did not know what caused the shutdowns. I figured I would strip the PC down to the bare minimum, so I unplugged most cables (including hdd) from the motherboard, but still no go. Only when I unplugged the power supply from the faulty item would the PC start up again. I checked it with another old desktop and yes, it would not start with the item connected to the power supply.

Due to vibration or expansion/shrinking from heating up and cooling down, perhaps some poorly plugged in connectors or memory modules might start giving bad contact over time; nothing that unplugging+replugging would not solve, though.

Apart from checking loose connections and capacitors, I would also check the connector cables, power plugs+cables and memory, and try grounding the case (and yourself). If none of this helps then either strip down step by step to motherboard only or peripherals only, or strip down first and build up again step by step, to try and detect a faulty component.

Check the motherboard for swollen or leaking capacitors. 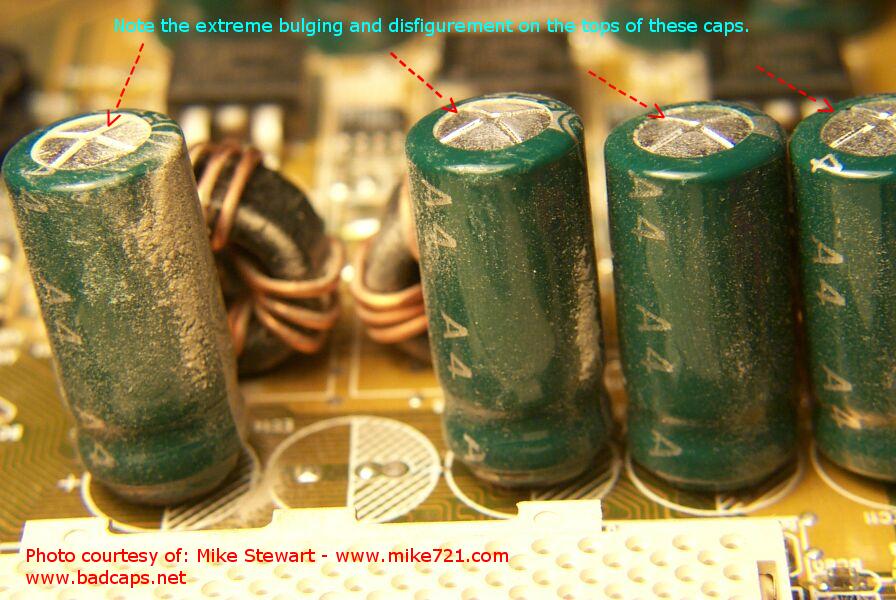 in addition to power supply issues, other things that could cause this would be that your RAM needs reseated, or since you mention lint/dust bunnies could be overheating due to lack of airflow.

Not the answer you're looking for? Browse other questions tagged cpu power-supply shutdown cooling or ask your own question.

2
Would an underpowered power supply cause lockups?
6
Does a power supply draw its rated watts all the time?
10
Does my 1000 watt 80gold+ (90% efficient) PSU pull 1111 watts, 1000 watts, or 900 watts from my wall receptacle at 100% load?
0
Built a new PC. Not sure what is breaking what
1
New Video Card & Power Supply issue
0
PC power usage related to power supply
1
Computer Randomly Powers Off. What's The Cause?
2
Burning smell on power supply