In Ubuntu, after I add a partition to /dev/sde, why don't I have a /dev/sde1 device?

I'm using ubuntu 9.10 with kernel 2.6.31. In addition to the boot disk, I have a software raid of 5 disks using mdadm. One disk failed. I removed it from the array. mdadm --detail /dev/md0 shows:

I installed a new disk in /dev/sde, but after I format it, I can't get the device /dev/sde1 to exist. 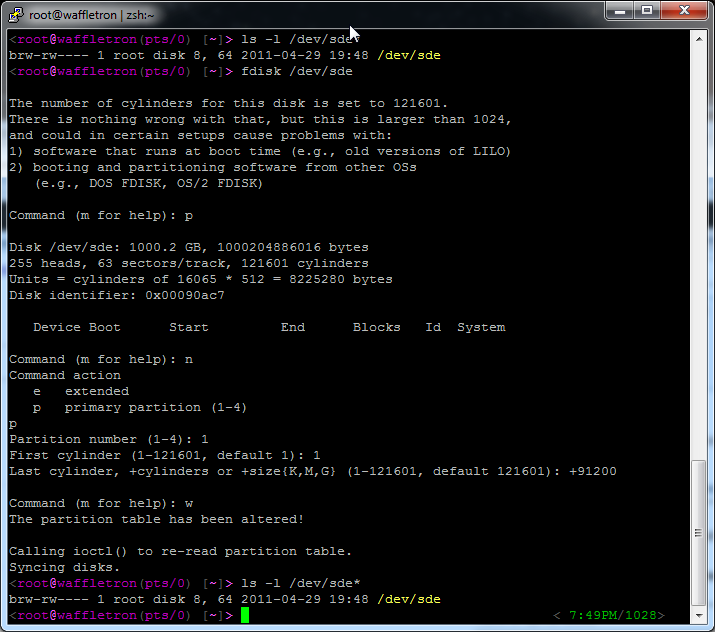 Then I reboot for good measure. After: 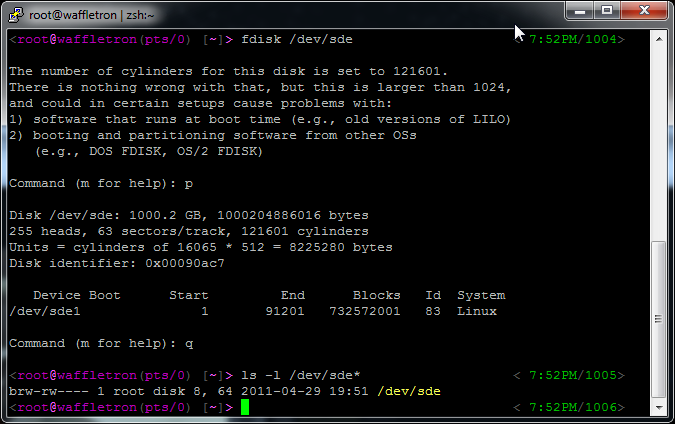 I'd add the /dev/sde1 manually with MAKEDEV, but this uses udev, so I don't know what to do. How do I get the /dev/sde1 device to appear?

I upgraded to Ubuntu 10.04 LTS and it magically started working. I can only assume it is a kernel or distribution issue.

Not the answer you're looking for? Browse other questions tagged linux partitioning ubuntu-9.10 udev or ask your own question.

0
mdadm - software raid
2
Why make a partition at all for mdadm/raid?
29
How do I reactivate my MDADM RAID5 array?
1
/dev partition missing, so mdadm broken. How to get Linux to see partition?
0
RAID10 Recovery
1
mdadm --assemble fails when /dev/sd[abcde]1 reordered
2
Replaced a RAID 10 drive on my Debian server - what do I do next?
1
Mystery device sdg is logging errors. How do I find out what this is?