What are PATH and other environment variables, and how can I set or use them?

are very common here, and in most cases the answers are very similar to each other. In the future it would be nice to have a good Q/A for this.

So the question is: What are environment variables, like the executable PATH, and how can I change and use them on major operating systems?

A good answer would include a simple explanation of what environment variables and especially PATH mean to the OS, as well as simple guidelines on how to set and read them accordingly.

What are Environment Variables?

Environment variables hold values related to the current environment, like the Operating System or user sessions.

One of the most well-known is called PATH on Windows, Linux and Mac OS X. It specifies the directories in which executable programs* are located on the machine that can be started without knowing and typing the whole path to the file on the command line. (Or in Windows, the Run dialog in the Start Menu or

On Linux and Mac OS X, it usually holds all bin and sbin directories relevant for the current user. On Windows, it contains at least the C:\Windows and C:\Windows\system32 directories — that's why you can run calc.exe or notepad.exe from the command line or Run dialog, but not firefox.exe. (Firefox is located in C:\Program Files\Mozilla Firefox. For information on how to include Firefox, go here.)

For example, typing calc (the .exe can be omitted) in the command line on Windows will start up the Windows Calculator.

* You can add support for file extensions other than .exe by editing %PATHEXT%.

Other variables might tell programs what kind of terminal is used (TERM on Linux/Mac OS X), or, on Windows, where the Windows folder is located (e.g., %WINDIR% is C:\Windows).

In Windows, Linux and Unix, it's possible to create new environment variables, whose values are then made available to all programs upon launch.

You can use this when writing scripts or programs that are installed or deployed to multiple machines and need to reference values that are specific to these machines. While a similar effect can be achieved using program-specific configuration settings, it's easier to do this using an environment variable if multiple programs need to access the same value.

Environment variables in Windows are separated into user and machine/system specific values. You can view and edit their values there. Their current values upon launch are made available to all programs.

There is also Rapid Environment Editor, which helps setting and changing environment variables in Windows without the need to go deep into the system settings. Another open source program for Windows with which the path environment can be edited very conveniently is Path Editor.

Environment Variables in Windows are denoted with percent signs (%) surrounding the name:

Environment variables set in this way are available for (the rest of) the duration of the Command Prompt process in which they are set, and are available to processes that are started after the variables were set.

To create/set a variable permanently, use setx varname "value":

Unlike set, there is no equals sign and the value should be enclosed in quotes if it contains any spaces. Note that variables may expand to a string with spaces (e.g., %PATH% becomes C:\Program Files), so it is best to include quotes around values that contain any variables.

Here is a list of default environment variables, which are built into Windows. Some examples are: %WINDIR%, %SystemRoot%, %USERPROFILE%, and %APPDATA%. Like most names in Windows, these are case-insensitive.

Environment Variables in Linux are prefixed with a dollar sign ($) such as $HOME or $HOSTNAME. Many well-known and standard variables are spelled out in capital letters to signify just that. Keep in mind that variable names are case-sensitive, meaning that $User and $USER are entirely unrelated from the shell's point of view.

The export command is a standard way to define variables. The syntax is very intuitive. The outcome is identical for these two lines, but the first alternative is preferable in case portability to pre-POSIX Bourne shell is necessary.

The C shell and its descendants use a completely different syntax; there, the command is setenv.

See the Linux documentation project, Path HOWTO for a more thorough discussion on this topic.

Perhaps contrary to common belief, OS X is more "Unix" than Linux. Additionally to the files already mentioned, $PATH can be modified in these files:

This post is from a more technical point of view than Daniel's, but doesn't explain as much the concepts.

The Wikipedia article is also an excellent referrence.

Linux and most BSDs

Persistent environment variables can be set during several separate stages:

DCL has no concept of "path", but various symbol and command definitions can be put in SYS$LOGIN:LOGIN.COM.

Q: WHAT are Environment Variables ?

A: Environment Variables are similar to variables in any programming language. In the case of Windows or Unix systems they are storing various values to allow for programs and tasks to get necessary OS information or 'Environment' information. For example:

MAIL : where a user's mail can be found within the OS files.

Q: WHAT is the PATH variable specifically?

A: The PATH variable sets directory paths to look in when commands are executed, both for RUN commands, and for internal calls from programs. This prevents a program from needing to know its install location to call other executable processes.

According to this Wikipedia article:

When a command is entered in a command shell or a system call is made by a program to execute a program, the system first searches the current working directory and then searches the path, examining each directory from left to right

Q: HOW to add a location to the PATH variable ?

A: You need to edit the variable string of the Environment Variables PATH variable to include your executable's location.

One way to do this is described here:

I hope this clarifies some of the confusion.

For the bash shell PATH global (non-terminal) environment variables, I follow the convention used in my Ubuntu VM installation - other shells will vary:

Caveat: The whole shell start-up sequence, which .bashrc, .profile, etc. files are sourced in which order?, when do I have to re-login to get visibility to newly defined variables, aliases, etc?, what's the difference between a login, interactive, and non-interactive shell - I do use cron?, and why when I do a . ~/.bashrc is my stupid PATH variable growing longer and longer? are the key questions that come to mind when I'm thinking of my PATH variable.

In fact, I just completely re-wrote my entire bash startup file set taking ideas from the Ubuntu and cygwin skeleton files, and here are some of my in sites:

That's my 2 cents on this topic.

Note you have to click on the header "User Accounts": 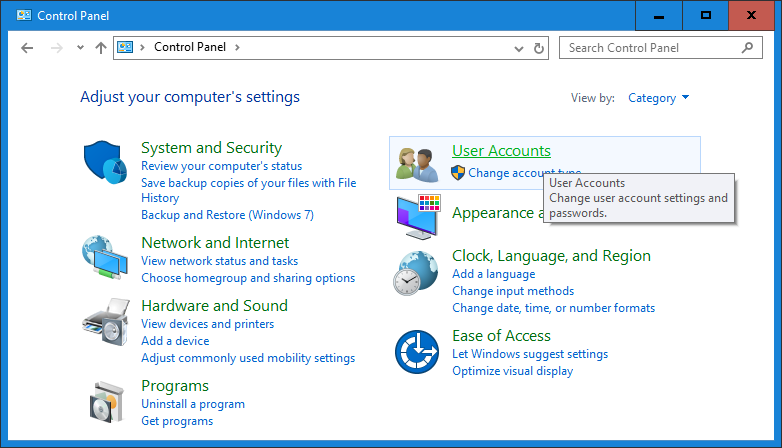 Again, you have to click on the header "User Accounts": 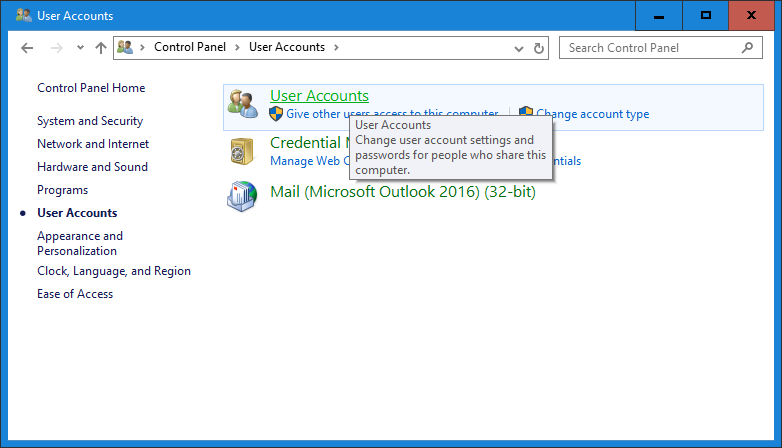 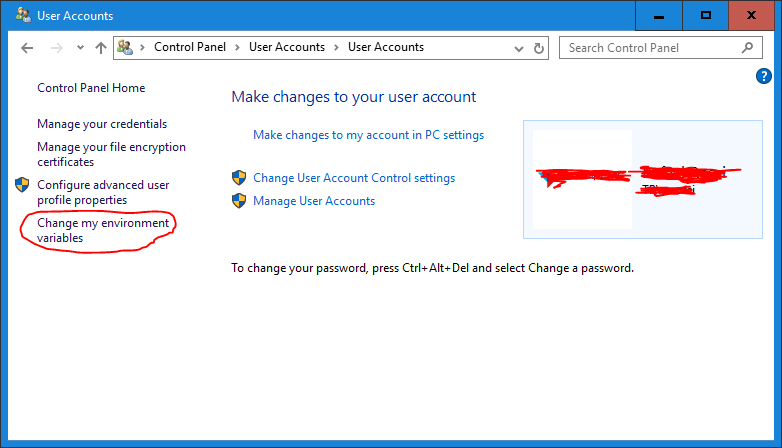 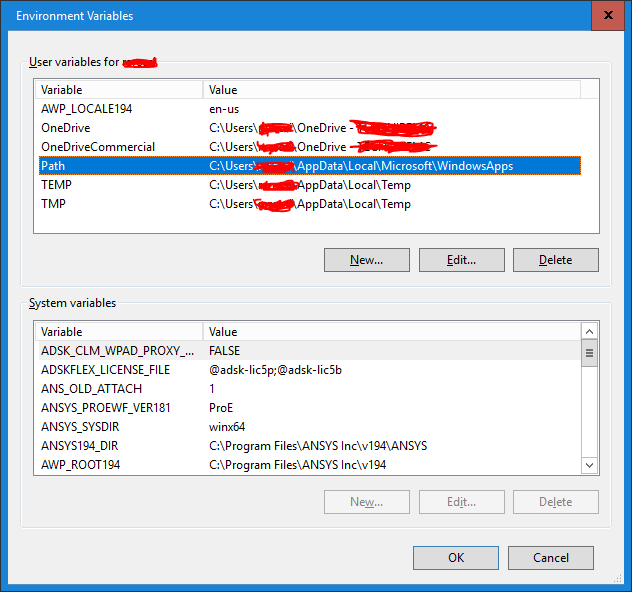 Not the answer you're looking for? Browse other questions tagged path environment-variables community-faq or ask your own question.