Upgrading ram in a PC [closed]

I need to upgrade my ram in my windows pc. Ram has always confused me with the different kinds that are out there now.

I currently only have 1gb and would like to upgrade to 4gb if possible. I pulled out one of the 512mb sticks to look at it, it says it is PC2-4200. DOes this mean to upgrade I just need to make sure the new ram is PC-2 4200? Or could something else go in?

I have an older stick of ram I tried to put in earliar, its dimensions are the exact same as the stick I took out except the groove/line near the center of the ram was off by a few centimeters so it would not fit, the writing on this ram is KVR333/512 2.5v Kingston

Crucial.com has a "Scan my system" button right on their front page that will figure everything out for you. 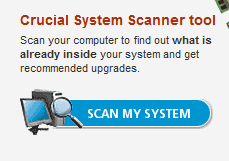 The RAM your machine has is PC2-4200 which is DDR2 533. It is recommended you use the same speed RAM, but you can commonly use higher speed DDR2 modules with the lower speed module, it will just run all the ram at the lowest speed. You need to make sure the motherboard can though.

Use the crucial memory scanner everyone is recommending, but also check out these other similar RAM questions from around the site if you would like further information.

How can I tell what RAM will fit my computer?

Ram capacity of my computer

I can not find anyone else attempting higher than 2gb in that machine. Everyone that I have found says a max of 2gb in that Gateway GT5428. You also only have 2 slots, so it does support the 1gb sticks, but not the 2gb officialy.

I believe RAM will run at the speed of the slowest stick. To be consistent, I always use the same RAM models, but using different speeds won't hurt you.

However, if you are going to upgrade, I highly recommend upgrading to PC-6400 (only if your system can support it) since it is so cheap now.

You definitely need to find out what speed your motherboard can handle if you plan on upgrading in terms of speed.

Jason, the short answer to your question is you just need to make sure you buy RAM that is PC2-4200 (DDR2-533) and it will work. Knowing that you've been using PC2-4200, we know that your motherboard supports DDR2 RAM. There are some faster types of DDR2 RAM that will fit in your motherboard:

Just be sure to check what your motherboard will support. Also, since it is dual-channel memory, you'll get the best performance by installing either 2 or 4 sticks of RAM - in other words, don't buy 1 4GB stick of RAM, buy 2 2GB sticks for best performance. For a good primer on DDR2 memory, see http://en.wikipedia.org/wiki/DDR2_SDRAM

That ram is DDR2-533. So the good news is that most any desktop DDR2 ram should work in your system. The bad news:

It sounds like you have 2 512Mb sticks, and odds are they are probably already a matched pair. The question is whether you have 2 ports for memory or 4?

If you have 4, probably the easiest thing to do is buy another pair of 1GB DDR2-533 sticks and install them in the remaining two ports. That would give you 3GB total. It's not 4GB, but you'll be able to use it all and 1Gb DDR2-533 sticks are pretty cheap.

If you only have two ram ports, you may as well buy a pair of 2GB DDR2-800 (or even 1066, but it's doubtful your system would be able to use it at full speed) sticks for 4GB total. You won't be able to use all 4GB, but it's better than only 2Gb (if you buy 1Gb sticks) and not that much more expensive and you'll get a modest boost from the faster ram as well.

60
How can I tell what RAM will fit my computer?
5
Rules for adding/upgrading RAM
1
Ram capacity of my computer