I'm currently on a Linux machine and the shell prompt is showing me the last return value and number of executed commands (picture included, with these numbers shown in purple).

My own computer doesn't have this, how can I configure it?
I'm using Xubunto, if more details are needed let me know -- I'm not much of a Linux user (I don't know what's relevant here). 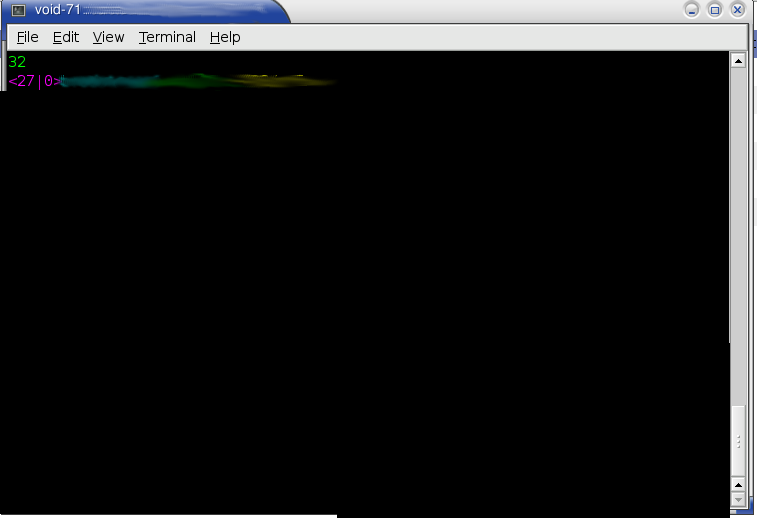 Edit .bashrc or .bash_profile (depending on your system configuration) and look for a line starting with PS1=. This line sets your prompt.

To add the last command's return value, add the following to that line:

so it looks e.g. like the following (my current prompt, simplified):

It will look like this, with _ being the cursor:

Alternatively, you can use the environment variable PROMPT_COMMAND to prepend the return code to your prompt:

This will add e.g. (0) just before your otherwise not modified prompt.

You get the "counter" by adding \# to your prompt: it's the command number. More useful might be the history number, which doesn't start at 1, but allows you to execute any command by entering an exclamation mark, followed by the command's history number:

After some additional playing:

This will only show the return value if it's non-zero, on it's own line. The command number and history number are on the same line as the command you're going to enter:

The variable $? contains the exit code for the last run program.

Then you will need to modify the PS1/PS2 variable in your .bashrc to change the prompt. This seems like a decent guide (except it recommends modifying /etc/bashrc, I would just do ~/.bashrc).

FYI, if you use zsh it's even easier. This construct: %(?..%F{red}%?%f) means show the last commands errorlevel in red if it's not zero (normal), but if it's normal show nothing. The construct %(1j.[%j].) means show the current number of background jobs in square brackets.

Not the answer you're looking for? Browse other questions tagged linux unix shell prompt or ask your own question.

5
What is the default terminal (shell) for Xubuntu?