How to find biggest folders (by number of files) in Windows

My Windows 7 search is pretty slow on one computer and fast on the other. I figured out that one computer has 90,000 files indexed while the other has 1.5 million.

So I'd like to find the biggest folders by number of files, since some are bound to be irrelevant, and exclude them.

I have tools for finding the biggest folders by data size, but not by number of files within. Any ideas?

If you were using Windows XP, you could use the Folder Size shell-extension which gives you a few columns that you can add to Explorer to show the size of a folder, as well as the number files/folders/both contained therein, thus allowing you to view and sort them right inside Explorer.

Unfortunately, Vista and higher have dropped the API functionality that Folder Size and similar programs use, so they no longer work.

Instead, you’ll have to use a non-shell-extension. Fortunately there are several programs that can do a pretty good job of visualizing space usage on a file-system.

Most of them have a few different modes including text-list/tree (like in Explorer), pie-graph, and treemap, in which the files and sub-directories are represented by squares or rectangles. There should be an option to display the number of files/folders in addition to the size, usually in text-list/tree mode. Sometimes, to get the number of files/folders, you need to select the folder and view its properties (which is less convenient, but still easier than manually in Explorer).

Here are some of the most popular ones (some freeware, others shareware):

And another, TreeSize Free. (In this shot, the directories are named 0-F.) 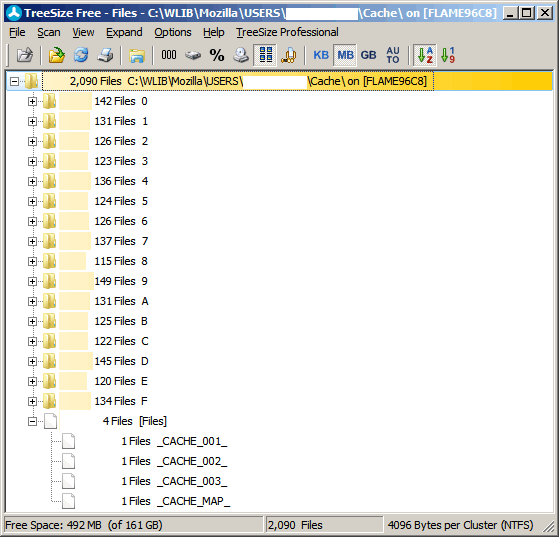 One quick way to get a sorted list of folders by number of files - including subfolders - is: 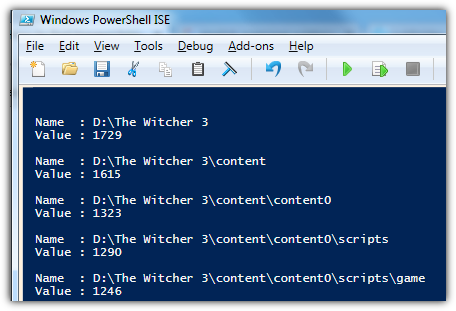 For those who are interested in how it works

I use a program called windirstat which scans through all the files and folders on a drive and gives a nice graphical display of which files or folders are using the most space. You can then move or delete unwanted files and tidy up your disk.

1
Windows 7 start menu search programs and files is broken for everything except folders
1
How can I write a script to count files modified within a particular month?
0
Running out of harddrive space with Windows 7
0
3TB hard drive file access
2
Does low free-disk space on HDD cripple computer performance?
0
How can I diagnose the cause of drastically slower time it takes to complete a “search files for a string” when using Zend Studio?