I am replacing the MOBO on a HP Pavillion a6702f and I have got to the point where the where the power button cable (white) needs to be attached as well as the cable for the card reader (black) on the front panel. The panel pins (white) are on the lower right corner beside the SATA connectors. 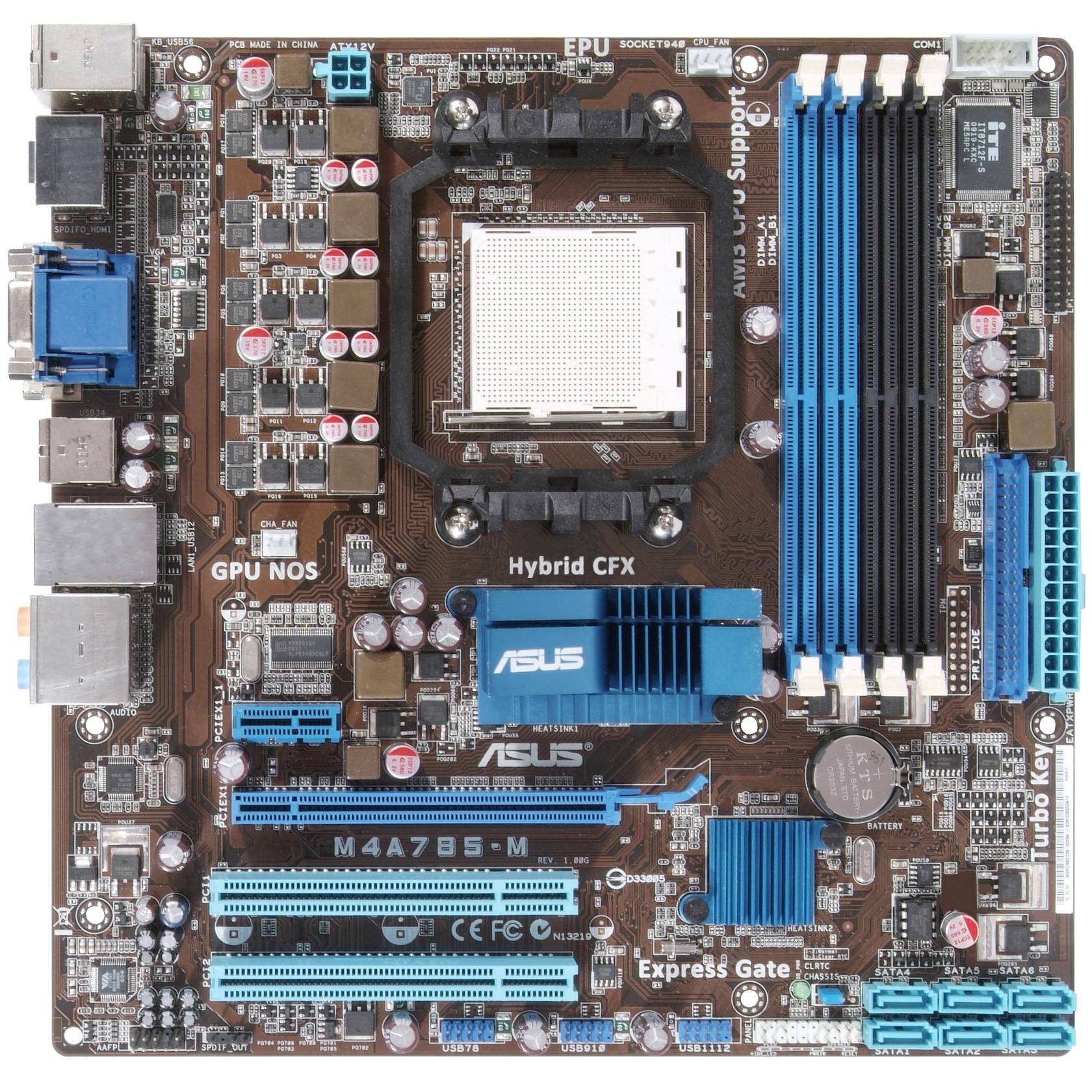 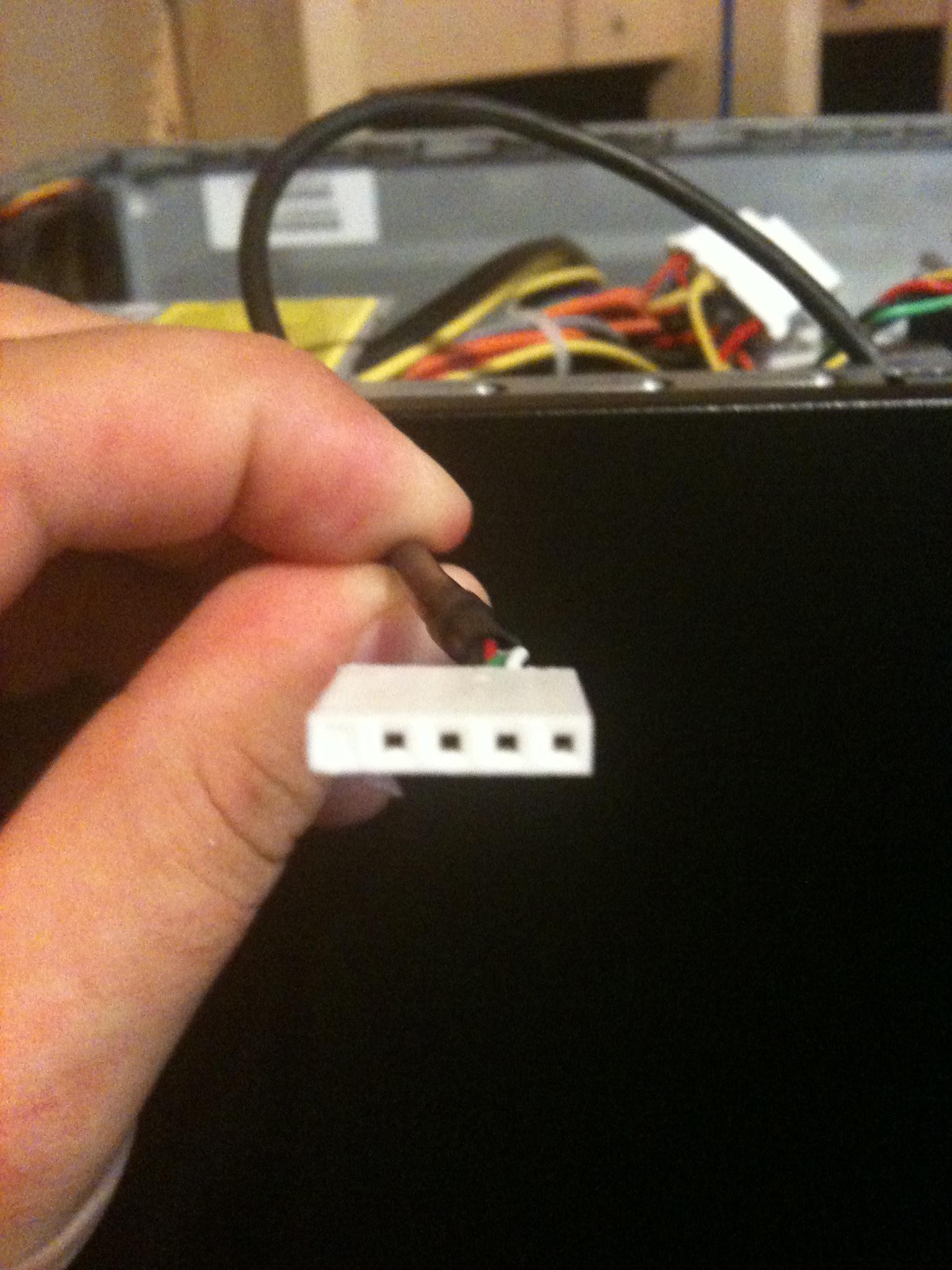 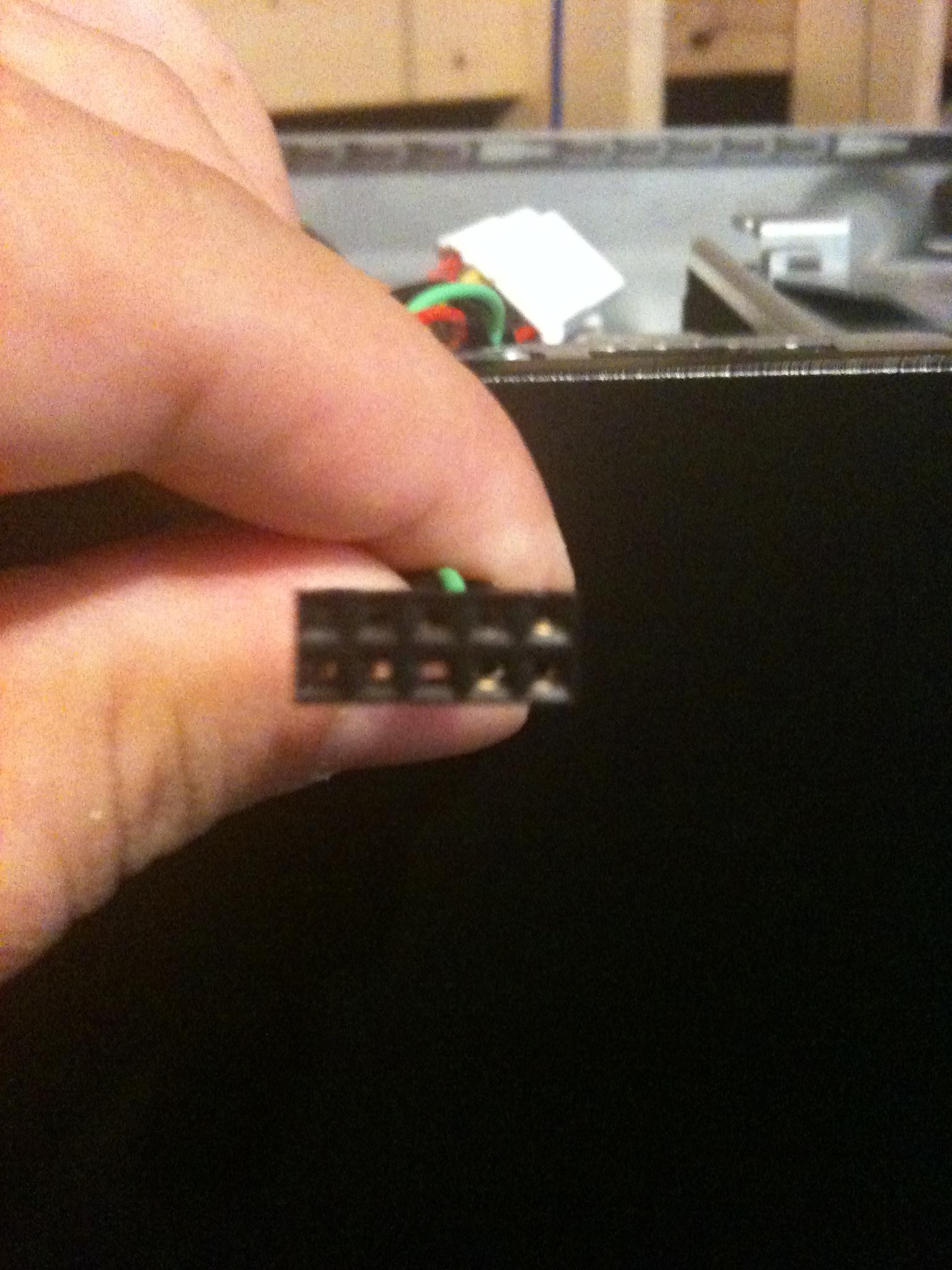 The black one is just a standard 10 pin usb connector, there should be a usb header on the the new motherboard.

The white one is proprietary HP, you would have to trace the wires to the from panel to see what function they perform, you may have to release the wires from the connector to attach them to the proper pins on the new mobo. It probably performs the function of switching the PC on, and possibly a hdd light and maybe a power on light.

HP does not release any data for these special connectors.

I just replaced my motherboard with the ASUS. It is working great! I did have to purchase a different CPU fan as the ASUS requires a 4 pin plug instead of the standard 3 pin. You can still use a 3 pin, but the fan runs at full RPM (~3650 RPM) and it is VERY loud. I replaced it with a Rocketfish 11D03A (Universal CPU Fan and Heatsink) and it is back to normal as far as sound.

The biggest issue was the black connector that you showed above. I had to remove the wires from the connector. (very simple, just hold the lock up and pull the wire right out).

Then, I looked at the motherboard manual for the ASUS and plugged in each cable individually.

The breakdown is as follows:

Now I had to play with the LED wires as the +/- are not marked. You'll know if they are reversed because the lights either won't work or they will not work as designed. It was a quick fix and now my computer is completely back to normal.

I had the same problem. What I did was look at where the wire on the old motherboard wend HHd Pled and the Pwr wires. Then I looked where they were connect on the 20 pin connector on theAsus motherboard. I ordered a 16 pin connector model cbl0030 from technology Galaxy. Took the pins out of the connections I needed and put them on the existing switch wires on my Hp then connected them to the asus board. I hope this helps.

Not the answer you're looking for? Browse other questions tagged motherboard connector or ask your own question.

0
IDE Power Switch compatible with any Motherboard?
7
New build not powering up at all after connecting psu cables to hard drive
5
Front panel pins not identified on motherboard - Acer RS740DVF
0
Motherboard will not power on by front panel pins
7
How do I connect a SAS3 drive to a SAS2-capable motherboard that only has SATA-style ports?
0
Connecting a USB 3.0 connector to USB 3.1 Gen 2 front panel connector
0
What is this 4x1 pin connector that connects my SD card drive to my motherboard