Radeon 5830: How to get two monitors working?

Any ideas? Should I get an HDMI to DVI adapter instead?

The plot thickens. I tried disconnecting my first working monitor and then connecting my second monitor, an LG W2361V Flatron, using DVI (instead of the DisplayPort as above). I fully expected this to work but it doesn't. The monitor works via VGA (hooked up to another computer) and also previously worked with DVI via DMS-59.

I got a spare monitor and hooked it up via the DisplayPort, and, voila!, I have two displays now. So presumably it's not a video card or adapter issue but a monitor issue. However, I'm thoroughly confused now.

My LG monitor says it's DVI-D if that makes any difference.

I found this site: http://www.avsforum.com/avs-vb/archive/index.php/t-1211892.html which seems to talk about a similar issue. I would agree that the monitor seems to be stuck in power saving mode? The red power light flashes on and off. So based on what I read at that link I booted windows in safe mode using my working monitor via DVI and then switched to using my LG monitor and lo and behold it displays an image. Progress! However from within safe mode I right clicked on the desktop and went to screen resolution. The resolution was set to 800x600 and when I clicked save to close the dialog box the monitor went blank (again appearing to go into power saving mode). It would not wake up despite key presses and mouse moves.

I had the same problem trying to connect my laptop to the LG W2361V. The laptop has a DisplayPort out, so I got a DisplayPort to HDMI cable. Black screen, power saver mode, even though Win7-32 recognized the monitor by name and everything. VGA cable works.

LG told me the HDMI port is only for TV use, not computer. I'd have to use VGA or DVI to use the monitor with a computer. Sounds kinda dumb, but at least that's an answer.

I'm going to get a DisplayPort to DVI cable. That should work.

I hope this information helps!

Based on your two updates, I would suggest that perhaps your video card is running that port higher than your monitor supports. For example, if you try to run a monitor at 1600x1200 and it only supports 1280x1024, it will look like it is going into sleep mode.

The trick is to find a resolution the monitor supports. What I generally do is, on the working monitor, right click and choose properties to go into the display settings, and select the secondary monitor, then change the resolution to the lowest setting and hit apply. If that setting doesn't work, go up one, and on and on until you find a setting that works or determine that the display won't work with the card.

It's also possible that the DVI reception circuitry is broken in such way, that it can handle lower bandwidth traffic but not up to what it should. VGA signal is interpreted in very different manner, being analog and all, so it's very much possible for DVI be broken while VGA works. 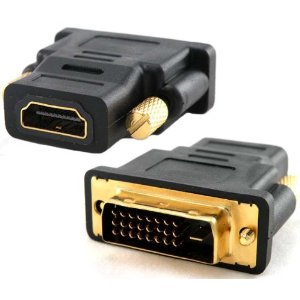 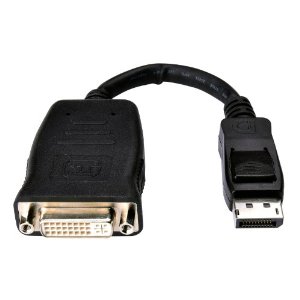 Not the answer you're looking for? Browse other questions tagged windows-7 graphics-card multiple-monitors amd-radeon displayport or ask your own question.