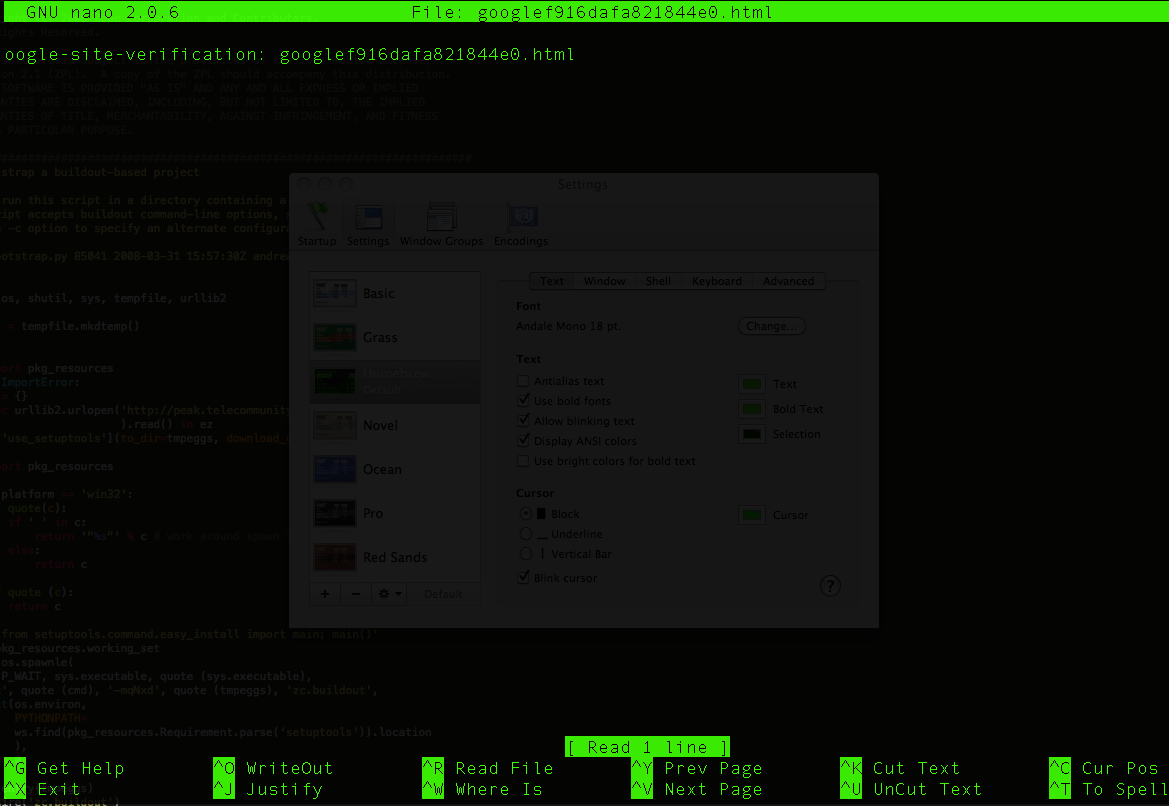 I am having problems with the Terminal application on Mac OS X Snow Leopard.

I use ssh to connect to a remote Linux server and perform configuration file editing.

For some reason, it sometimes misses characters when it's connected to the Linux server. I have had problems pinpointing this and making it happen in a repeatable manner - unfortunately this is the best method I have come up with it:

The same problem can be observed with less and some other terminal apps.

The problem is not repeatable with the Gnome terminal or other terminal application, so it cannot be related to the server configuration. However, I have the same problem on two different OS X installations, so it might be linked to my default settings.

I suspect this might be related to UTF-8 encoding or Terminal settings somehow, but I have not yet managed to figure out which setting triggers it.

The used ssh client is:

This is actually repeatable on local OSX too and not tied to Ubuntu.

Installed Macports (not sure if needed) and using the following GNU nano to edit text files::

In Terminal.app it says the emulation is ansi and encoding UTF-8.

Not stil sure which is the triggering combiation (which Terminal mode, etc.)

I solved the similar problem I had in OS X Terminal settings: Profiles, Advanced, and changed the "Declare terminal as" drop box to xterm-256color.

The problem you describe is typical of an incorrect value for the TERM environment variable. Specifically, the value of the TERM variable on Ubuntu selects a set of terminal features and capabilities that do not match those of the OS X Terminal application.

If TERM is set to something like xterm-color or xterm-256color try setting it to other values (e.g. the other one from the two I mentioned, or plain xterm, ansi or vt220).

I recommend using iTerm 2 instead.

iTerm2 is a replacement for Terminal and the successor to iTerm. It works on Macs with Leopard, Snow Leopard, or Lion. Its focus is on performance, internationalization, and supporting innovative features that make your life better.

1
Display non-ascii characters correctly in hunspell
8
How can I insert a character code into a Linux text editor?
0
personal .txt archive; utf-8 or utf-16?; need chinese and scandinavian characters; performance irrelevant
14
How can I identify non-ASCII characters from the shell?
0
Vim inserting white spaces after accentuations and other special characters on Mac
13
How to install the nano CLI editor on Windows 10?
1
How do I remove/hide the cursor (the blinking underscore character) in cmd.exe, *from* the command line?
1
Can anyone explain this encoding-related behaviour?