Ask Question
Asked 11 years ago
Modified 2 years, 4 months ago
Viewed 18k times
28
Closed. This question is off-topic. It is not currently accepting answers.

Original: I have two OSes installed on my laptop: Windows 7 and Ubuntu 10.10. They share a partition.

Also Windows Explorer seems not able to access files and directorates created under Ubuntu with special characters in directory and file names.

I was wondering what can solve the problem in Windows? For example, are there other alternative software to replace Windows Explorer?

In the Windows API (with some exceptions discussed in the [linked document]), the maximum length for a path is MAX_PATH, which is defined as 260 characters.

(There is additionally a NULL termination character appended to the path, giving us 259 usable characters.)

Because Explorer (and almost all other Windows apps) rely on the Win32 API for filesystem access, it's not practical to get around this limitation even though it is possible:

The Windows API has many functions that also have Unicode versions to permit an extended-length path for a maximum total path length of 32,767 characters. This type of path is composed of components separated by backslashes, each up to the value returned in the lpMaximumComponentLength parameter of the GetVolumeInformation function (this value is commonly 255 characters). To specify an extended-length path, use the "\\?\" prefix. For example, "\\?\D:\very long path".

Unfortunately, you can't just type \\?\D:\very long path in to an Explorer window. The application must be designed to take advantage of these APIs and handle very long path names.

One way to access extended-length paths under Windows is to install Cygwin, a *nix emulation layer for Windows. In my testing, Cygwin does not appear to be limited by MAX_PATH; bash and vi had no problems with paths 2,000 characters long.

Keep in mind that even though you can use bash to browse extended-length paths, you probably won't be able to open files in those paths in regular Windows applications. For example, typing notepad while the working directory is an extended-length path gets you

Your other option to access specific files buried deep within an extended-length path is to shorten the path itself by creating a NTFS junction point. From an elevated command prompt:

You can now access the contents of D:\very\long\path\ from D:\jct\. You won't hit any path length problems because as far as Explorer and other apps are concerned, the path is just D:\jct\ (or whatever). The NTFS driver handles redirecting the path (the "reparse point") transparently.

The downside to this approach is obviously that you have to create a junction near the file you want to access; you still can't simply browse the entire directory structure.

All of that said, what are you doing that requires very long paths? Perhaps you could make your life easier by reevaluating what you're doing and avoiding long paths. Chances are, you don't need paths that long anyway.

I tried the 7-Zip file manager and it seems to work fine with long paths.

If you like text mode applications, then FAR Manager may be of interest to you since I've found that it can support deeper directory structures than Windows Explorer can (although there still are some limitations imposed by the underlying Windows OS itself).

This is a native 32-bit/64-bit Windows application that, like Norton Commander (from the days when DOS was the supreme ruler of Operating Systems on the PC), specializes in Directory (a.k.a., "Folder") and File management.

I've even seen reports of it being used as a replacement for Windows Explorer, but I haven't tried this because I'm quite pleased with it in the context of using it as an application. The screenshot I included below features the "Directory Tree" feature on the right-hand side, which is activated by pressing F9 (Menu bar), then "R" (Right Panel menu), followed by "T" (Tree Panel mode), which may be of particular interest to you... 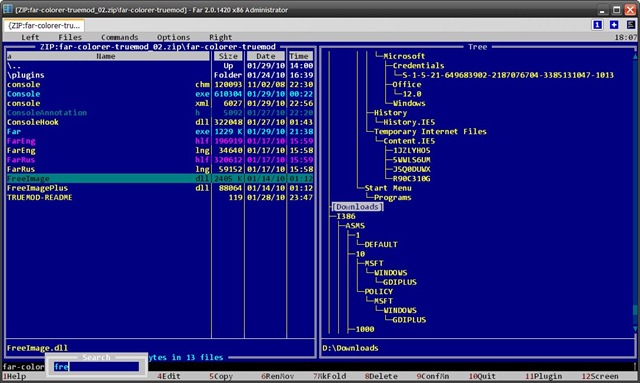 there are some alternatives, but I did not check how deep the directories could be.

I tried Explorer ++, opensource and portable 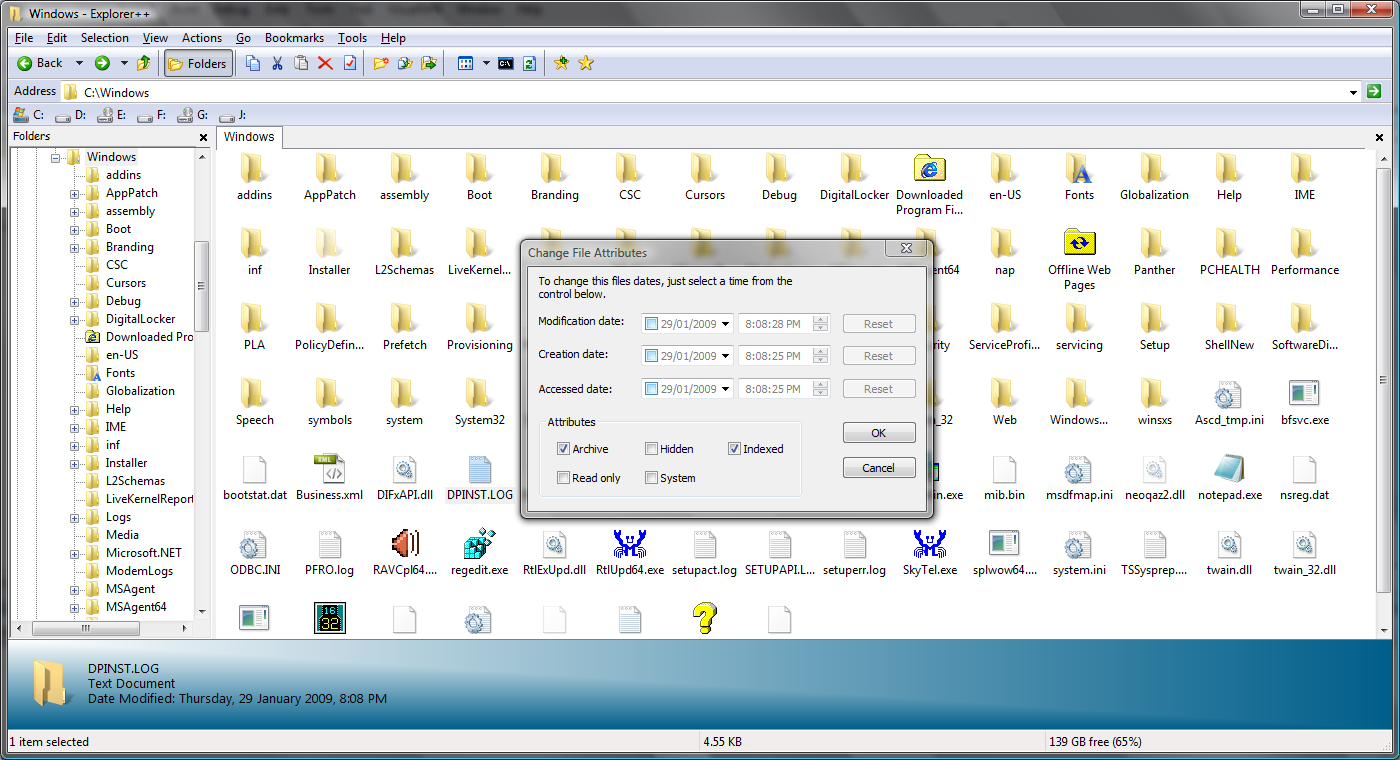 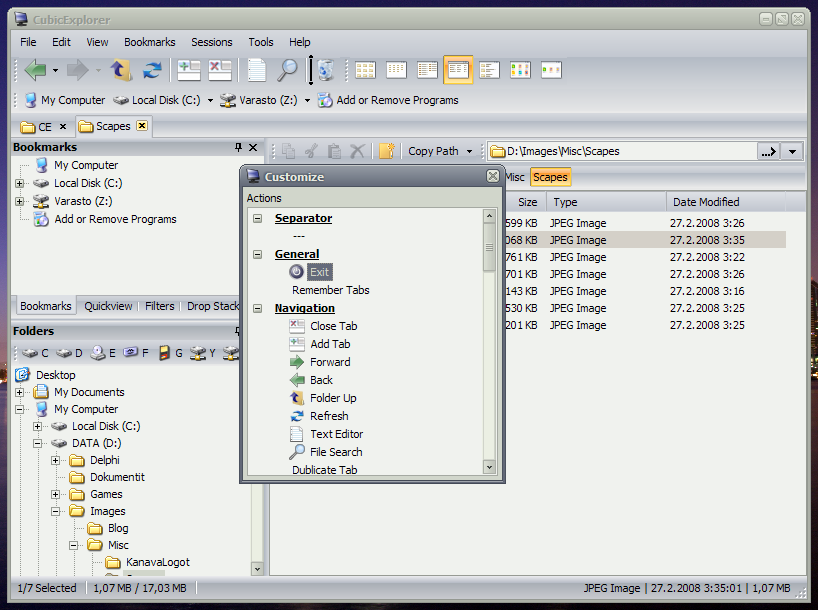 Have you tried Total Commander? It’s shareware. It seems to deal with long path names and is a very useful file manager in general.

Double Commander is capable and open-source. When creating/editing paths and the older NTFS path-length limit (of 260 characters) is about to be exceeded, it asks, to proceed or not.

Directory Opus is a great Explorer alternative. They might handle this situation.

Not the answer you're looking for? Browse other questions tagged windows-7 ubuntu windows-explorer file-management or ask your own question.

1
Ways of file copy
0
Windows cannot open directory with too long name created by Linux
1
Ways to access directories with long path names under Windows
1
Moving linux partition so to be next to free space
1
How to show ALL files in Windows 7 Explorer?
0
Windows 7 Path + File Name Checker
7
File Name Too Long (for just Windows Explorer)
0
Delete folder, subfolder and files in long path
0
Hidden folders and path too long