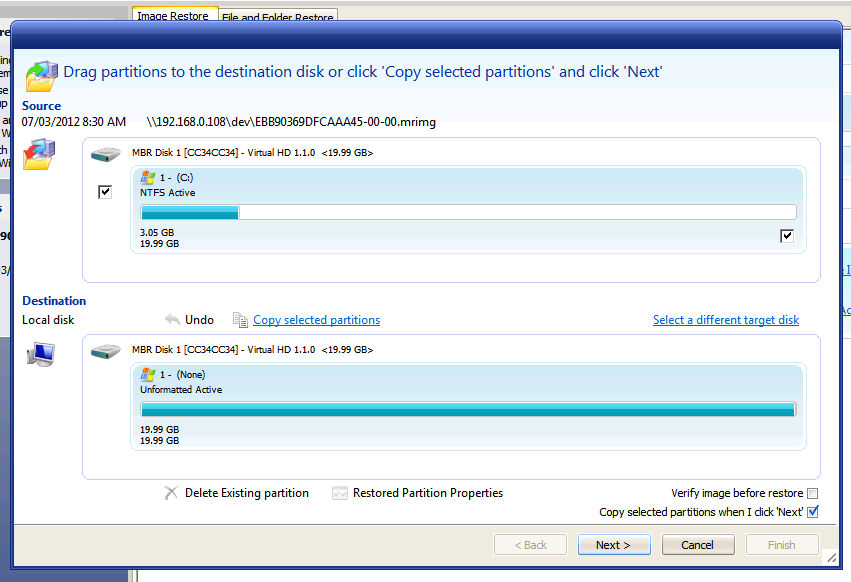 5
Copying all contents of one computer to put onto another
5
Clone Hard Disk Software
1
Can my laptop's Hard Disk be cloned and loaded to another laptop?
1
Cloning hard drive -- data, operating system settings, everything
1
How do I move my OS from one partition to another?
0
What is a good (preferably free) hard disk backup utility?
0
Clone a SATA disk to external USB disk and then back to SATA disk
0
Cloning and replacing laptop harddrive
0
Bootable Clone Hard Disk Drive Utility
0
Ghost / Drive Clone Software
See more linked questions