Different behavior under Xvfb and under a real X server / Xvfb alternatives?

I am trying to run a program (Ansys 13 Workbench) that requires a display in batch on a torque managed linux cluster. Running it as an interactive job with X forawrding to my local linux machine works perfectly. Running the same program on the cluster under Xvfb (so no interaction is needed), without changing anything else, causes the program to freeze early on (when setting up the geometry enclosure).

The screenshot below shows a diff of xdpyinfo in both cases. I suspect that Ansys uses one or more extensions which are not supported by Xvfb.

Some digging reveals that Xvfb is not really developed anymore. The closest alternative I could find is Xdummy but that requires root access (since the xorg binary on the cluster is not readable as a user).

I will raise this issue with Ansys itself though I doubt I will get a useful response. The only other alternative I can think of is have the compute node create a reverse ssh tunnel to a remote X server somwehere else. But I am doubtful if that will really work, and it just seems ugly and a pain to debug.

But maybe the superuser crowd has better suggestions? 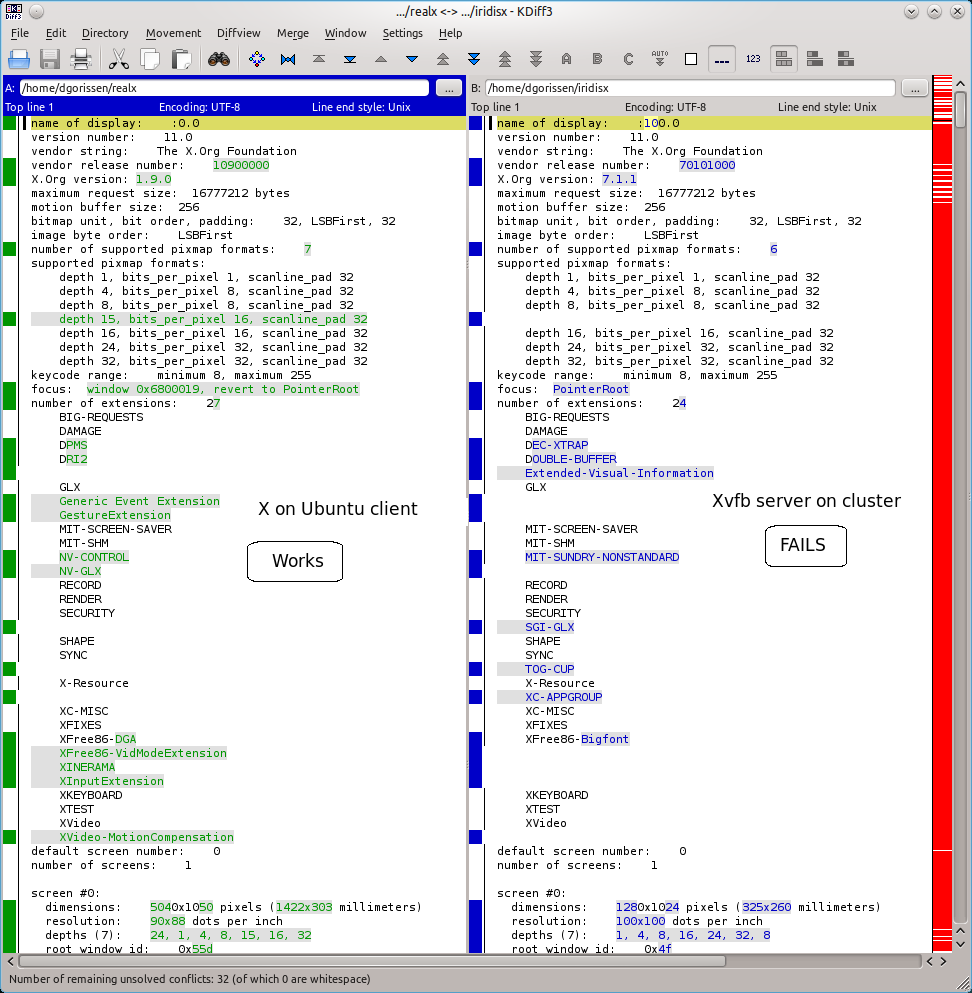 Have you looked at using Xephyr to run a separate Xorg server instead of Xvfb to see if you get the same results?

Not the answer you're looking for? Browse other questions tagged linux xorg xvfb or ask your own question.

3
Multiple monitors under X: eliminating gaps due to different monitor heights
1
Multiple clients on a single Xvfb server/process?
1
Getting the server number when using --auto-servernum with xvfb-run
0
Dos2unix different behavior on macos and centos?