How can I consolidate duplicate entries in iTunes without losing statistical data?

I recently combined two of my PCs in a Frankensteinian attempt to optimize my hardware configuration. One of these PCs was much older and had a different collection of music on it than my current one does; now that I've got both hard drives available at the same time, though, I thought I'd update my directory tree and moved all my music to a new folder on my desktop. Then I added that folder to my iTunes library.

The result, of course, was a huge list of songs duplicated two or three times. One or two of the entries usually pointed to an incorrect location, though, and I couldn't figure out how to delete them en masse, so instead I clicked on the "correct location" for one such file and asked iTunes to use that information to locate other missing files. Rather than consolidating my entries, it's now just turned all those previously invalid songs into perfect duplicates—except that none of the "new" songs have any of my rating or times played information. Observe: 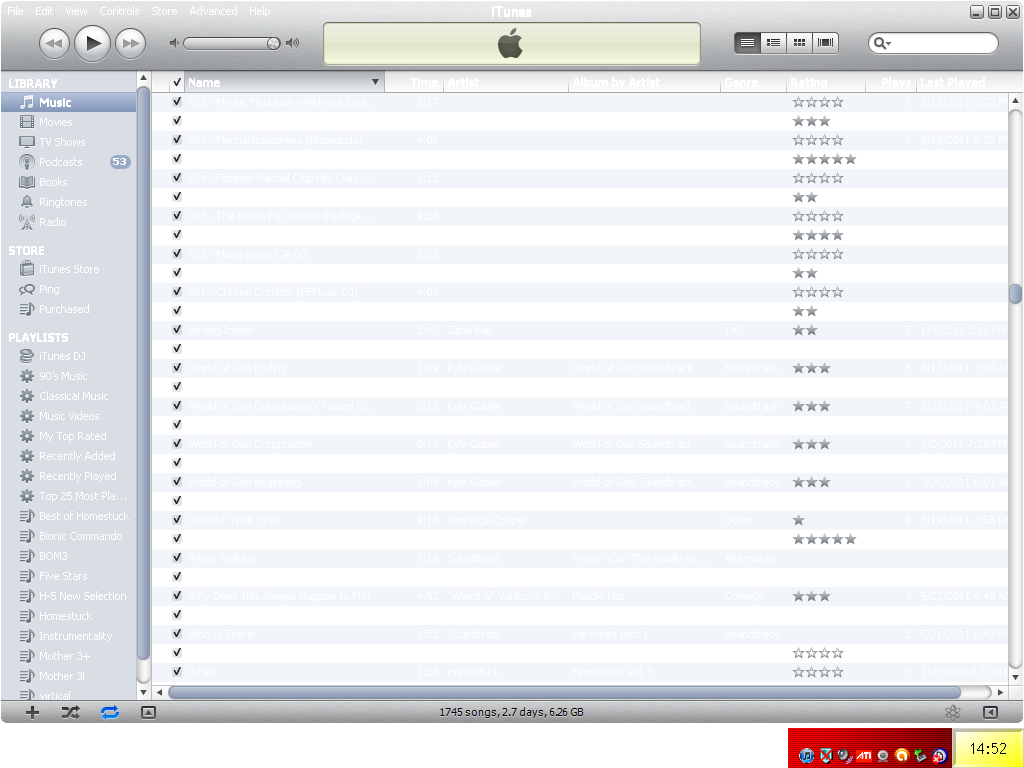 (Forgive the poor quality screenshot; an old issue with Windows causes all black text to appear as white whenever I use Print Screen to save a screenshot.)

Normally I'd just delete all the songs that haven't been heard, except that some subset of those are legitimately new songs to this computer. Is there any way for me to get iTunes to figure out which ones are "new" copies and just get rid of those?

(Yes, this is similar to existing questions, but every one I found was a less "complete" question, and didn't have as exacting demands as I needed.)

You could look at a combination of Doug's scripts.

However this is a very manual operation. If you put a bounty on the question someone might write an Applescript to do it.

Not the answer you're looking for? Browse other questions tagged itunes deduplication or ask your own question.

6
Migrating an iTunes Playlist from one computer to another
3
Bulk resolving iTunes media locations
2
Deleting music file duplicates but retaining iTunes metadata
2
Share iTunes music but not podcasts between two computers
2
What would cause Google Music Manager to report different amounts of music between iTunes and My Music?
8
Shuffle selection / “Play Next” list?
0
iTunes personal music library is empty
0
manually adding/removing songs from iPod using ITunes
0
Is there an iTunes setting to show music not already on iPod?