when we connect more external devices to our laptops, does it actually slow down our laptops?

I have about 6 external devices connected to my laptop, 3 USBs, 1 internet line, 1 earpiece, and 1 for my external monitor.

And i was just curious but does the laptop actually needs to do more "work" when we connect more things onto it?

It causes more work, but the amount is so small that it is not significant to slow down your laptop.

How can you verify this? With a tool like XPerf which allows you to see driver DPCs and Interrupts.

Look at the amount of detail it allows you to see. In the picture below, the video card uses quite a lot (for DWM, not for an extra external monitor). But as you can see most of the things shown have an negligible amount of CPU used. There is no significant slowness shown here apart from DWM... 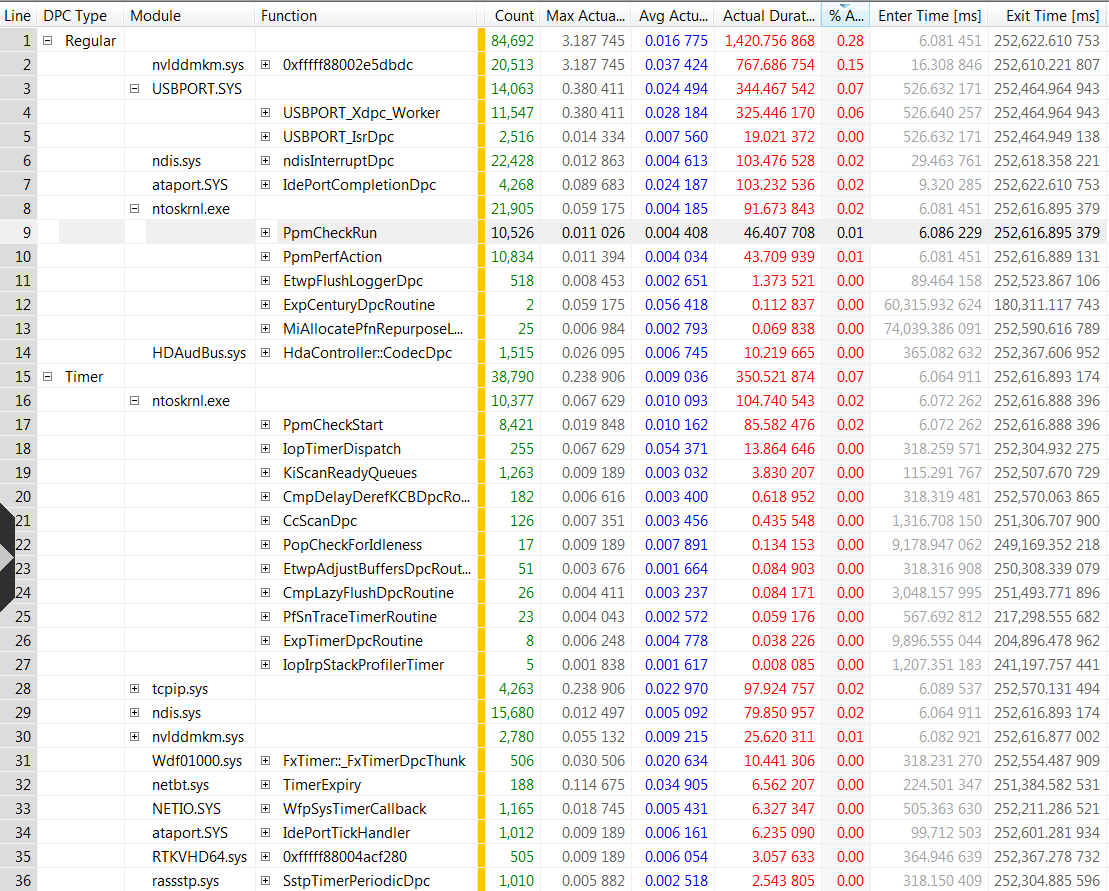 Not the answer you're looking for? Browse other questions tagged laptop peripherals or ask your own question.

0
Make Windows Vista on a Dell laptop think there's always an external monitor connected
1
New M18x laptop, white screen shows up when booting
5
Is there a general method to determine if a laptop can support 2x external monitors?
1
Monitor dims and brightens responding to… sound in the movie
2
Can a cooling fan be effective for my laptop?
1
Laptop screen backlight usually doesn't work
1
Purchasing a larger display with the same resolution, concerned about screen space and benefits
0
Any way to use task schedule to boot up a computer with a keyboard trigger?
3
Can a monitor with Thunderbolt 3 have video-in and power-out using the same cable?