Ask Question
Asked 11 years ago
Active 4 years, 8 months ago
Viewed 447 times
10
Closed. This question is off-topic. It is not currently accepting answers.

On Mac OS X, its native dictionary application works well for me (especially the added Japanese dictionary in Leopard). I am looking for an equivalent English dictionary software on Windows. I have tried online solutions such as "define:Google" in Google and other websites but my internet connection doesn't allow prompt result, so an offline solution is better for me.

A free software is welcome. Also international support (Japanese, Thai, ...) is a plus.

Wordweb (Free for personal use)

Babiloo is free and open source. It supports formats of other dictionary applications as well so you can import a myriad of dictionaries. 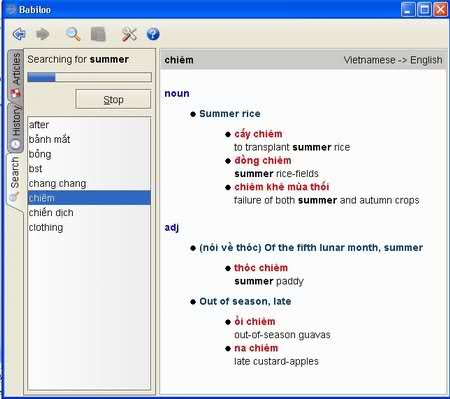 StarDict is another popular one:

Note: In 2016, this message appears on the old StarDict site:

The original StarDict project has recently been removed from SourceForge due to copyright infringement reports. Most of the files were lost with the demise of the project. The project has re-emerged here since then, though the legal issues may never have been resolved.

StarDict hasn't seen any active development for many years, while the world around hasn't stood still. The following is the list of alternatives appeared during that time. You are advised to take a look and try them:

JaLingo is another one. It's written in Java making it highly portable: 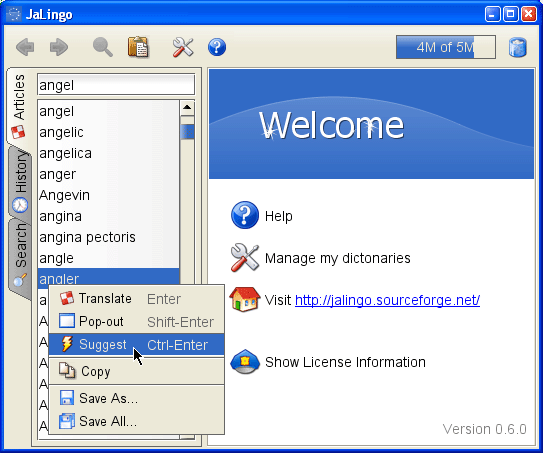 I have tried this one which is called MultiTran. It has demo version(absolutely free) and full version(with some costs). Demo version only restricts with number of words for each language, but it has no any trial period which is very good. Here are language database for demo version:

Not the answer you're looking for? Browse other questions tagged windows dictionary or ask your own question.