Does Windows 8 allow multiboot when installing from a mounted ISO?

I just downloaded Windows 8 and am itching to install it. The installation says it will clean everything out. I assume (hope) that it only means I cannot transfer settings from my current OS and that I will be able to multiboot like any other normal OS but I'm not sure.

I'm installing by mounting the ISO since this computer doesn't have any DVD.

Does Windows 8 support multibooting? Specically together with windows 7, without any special "put in this dvd and run this command" stuff.

You CAN do a multiboot install without clearing anything: 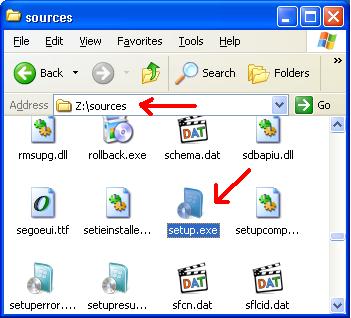 Windows 8 kept my Windows 7 install in (Windows.old). I'll try to revert back to it tonight as per this article. I'll report the results once I try this.

I first wanted to install Windows 8 on a virtual machine, but I was unable to due to a lack of VT support by my processor (E4400). Then I've decided to install it on a separate partition, so I can dual-boot. I've mounted the ISO with MagicISO, but it kept crashing on me, this problem was solved by using PowerISO.

Once I mounted the ISO and fired it up, I clicked through a simple wizard, hoping that when the install files get dumped in the temp directory and computer restarts, the install will ask me to pick a partition.

@Journeyman Geek mentioned Advanced Partitioning option, but I didn't see it when I ran the setup.

Yup. Just point GRUB to the Windows 8 partition, and it wakes up like a little baby.

So BCDedit works. But I haven't gotten EasyBCD to work for some reason.