I have both cable and DSL at home. How do I put that to good use?

There was an offer I could not resist and now I have ended up with both cable and DSL on my home network. I am using the cable network exclusively because it is a lot faster.

My general idea was to use the DSL as a backup for the cable which sometimes fails. I work from home and need the security of always having a fast Internet connection. And I don't feel like paying for Business products with fast response times.

Now, seeing my DSL modem on all the time with nothing to do I wonder if you can come up with any ideas for putting it to good use?

I am unwilling to switch the DSL modem off because I used to have bad experiences after returning from vacation and finding that my DSL did not work anymore after switching it on again.

When your cable ISP fails you, switch your router off of cable and over to your DSL service.. Use your meaty human hands or a sufficiently parented child. Hence, just switch services manually... 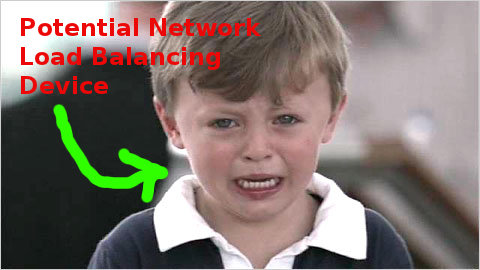 Step 1) Install pfsense on a crappy old computer with 3 nics (1 for your LAN, 2 for your ISPs)

Step 2) Setup Multi-WAN support as per this guide.

Or you can take a more hands on approach, as per below...

The following is shamelessly plagarized acquired from Linux.com.

Today, it's hard to imagine an organization operating without taking advantage of the vast resources and opportunities that the Internet provides. The Internet's role has become so significant that no organization can afford to have its Net connection going down for too long. Consequently, most organizations have some form of a secondary or backup connection ready (such as a leased line) in case their primary Net connection fails. However, the process of switching over from the primary to the backup connection, if done manually by the system administrator, can take some time, depending upon how ready the backup setup is and on the availability of the administrator at the right moment. The process can even become a costly affair if the organization must buy dedicated routers for the purpose of automatic switchover. But there is an easy and cost-effective alternative -- setting up a Linux failover router.

In this article we will look at setting up an existing Linux machine as a failover router to provide quick and automatic switchover from a dead Internet connection (the primary connection) to one that is operational (the secondary connection).

Setting up the network

Begin by setting up your network based on the configuration information available to you. You can make the configurations from the X Window GUI using the Network utility. To do so, open the Network utility from Main Menu > System Settings > Network. This will open up a network configuration window displaying a list of all the network cards installed on your system. Double-click on the network card you wish to configure, select the Statically Set IP Addresses option, and assign the IP address along with the subnet mask. There is also a Default Gateway Address field; tou can leave it blank for the time being, as it can be specified later on from the command line.

Assign a private IP address based on your internal LAN subnet to your third card. We assigned eth2=10.0.0.1, where 10.0.0.0/24 was the address range for our internal LAN setup. Save your changes and exit.

Now turn on IP packet forwarding on the Linux box by changing the value of net.ipv4.ip_forward to 1 in the /etc/sysctl.conf file and executing the command:

Next, you need to configure iptables by adding certain rules, so that your internal LAN can route packets to the Internet. For this, issue the following commands as root:

To make the iptables rules permanent, save them as follows:

Now you must restart your network, as well as iptables:

To see if your new iptables rules have gone into effect, type iptables --L.

After you have configured your network, the next step is to enable failover routing on your Linux box, so that if the first route dies the router will automatically switch over to the next route. To do so, you'll need to add the default gateway routes provided to you by your ISPs for both your network cards:

Also make sure that all the computers on your internal LAN (10.0.0.0/24) have their default gateway address set as the IP address of the eth3 Ethernet interface (i.e. 10.0.0.1) of your failover router.

Finally, modify the /proc/sys/net/ipv4/route/gc_timeout file. This file contains a numerical value that denotes the time in seconds after which the kernel declares a route to be inactive and automatically switches to the other route if available. Open the file in any text editor and change its default value of 300 to some smaller value, say 10 or 15. Save the changes and exit.

Now your Linux machine is ready to serve as a failover router, automatically and quickly switching to the secondary route every time the primary route fails.

You could get a DSL router with a load-balancing option (Draytek do some for example). I'm not sure what connection your cable has but the ADSL router would expect an ethernet cable to go into some sort of cable-router.

I suspect if you don't want to pay for better services you may not want to pay for a better router either (that might sound offensive but its not meant to be!) so it might not help you - probably cost around £150 for the router. There may be cheaper models that do the same thing, but I have no experience of those

If you have a compatible router available you can follow this guide:

It'll be much cheaper in the medium long tern than running a whole other computer chewing up power just to do wan fail over. If you don't have a compatible router then I'd buy one to do the job.

I would like to wrap this up. So unless somebody out there has some additional insight that is worth sharing, consider this question closed. I have all the info I need.

As for my original question, which may be perceived as good or poor by Super User standards, about creative uses for my set up, there appear to be none, except for the possibility of using one of the connections for a specific task. Since I am not a heavy downloader or uploader, this does not apply to me. So bummer here.

As for the idea of using DSL as a back-up solution you have provided me with valuable intel that I did not have before. Of the solutions provided the DD-WRT option seems most appealing to me because it is likely to work with my existing hardware.

PS: I know my user name does not conform to protocol, but I am not really creative at this sort of thing.

Not the answer you're looking for? Browse other questions tagged networking cable dsl or ask your own question.

20
If I have two internet connections on osx, how can I use both to increase my bandwidth?

1
Internet connection sharing (Windows Vista/Windows 7 or Windows Vista/Ubuntu)?
2
using a linksys wireless-g router with verizon dsl modem
1
How trivial is it to use my laptop with a friend's (non-wifi) DSL while at their place?
1
How to use DSL modem along with router to have two external IPs
1
DSL vs Cable latency
1
Router reconfigures PC's and they can no longer access the internet via hardwired connection to DSL Modem
0
One computer accessing two completely different networks without VPN