Diagnostics has been run, and it didn't uncover any errors.

What could be causing this low WPI score?

Update I called Dell and they said that it might've been caused by other components (memory for example). So I tested the memory, but it gave no errors, and they told me that it could be a faulty Windows installation or too many processes running in the background. Is that plausible? 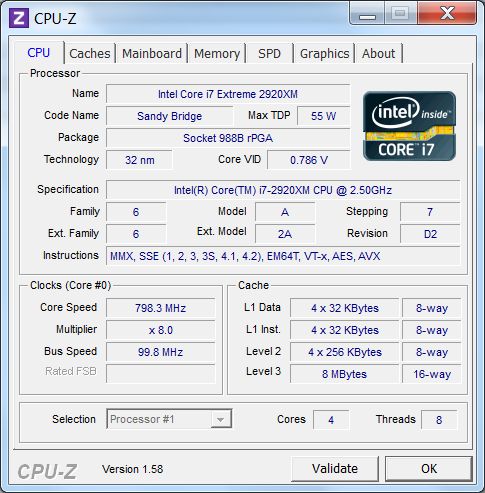 Dell called back today and advised a complete reinstall of Windows 7 (which has just been installed by them, as this is a new laptop). I'll look in the BIOS first to see if there's any powersaving setting that is acting weird.

The laptop temperature is around 60 degrees. The max CPU speed (tested with http://www.wizard-soft.com/cpuspeed/download/cpuspeed.exe) is according to Intel's specifications. 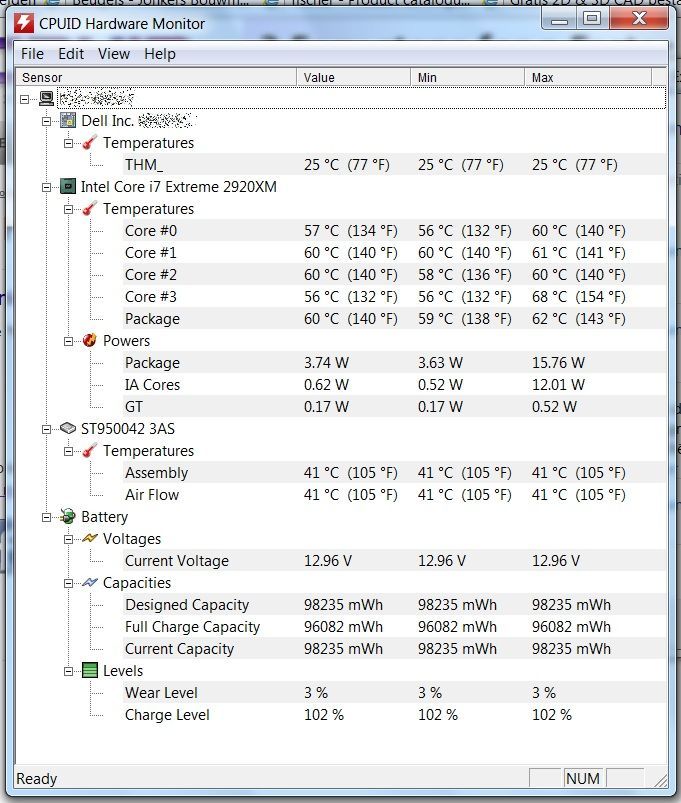 Check the temperatures before and when running some demanding program. The CPU may be throttling. I've seen laptops which were unusable due to too aggressive throttling settings.

Another option may be aggressive power saving modes. First plug the laptop in and make sure the battery is full. Then set it to highest performance and try again, just to be safe.

Anyway, it's a great CPU, so the behavior definitely isn't to be expected.

About the update: No, it is not plausible at all. WEI may be affected a bit by other applications, but not this much and unless you have say 1 GiB of RAM or less, RAM shouldn't be a major problem. Also I can't see how Windows installation could be faulty in such way to affect the speed of the processor that much. The only thing that could have such an effect other than BIOS and hardware would be various applications for performance control. I don't know what Dell ships so I can't give specific advice, but it could be that one of them sets the processor into a low power consumption state.

Just to be sure, restart the computer, close all background applications after computer boots and run the WEI again and see if there's any change. In my experience, the change is limited to ±0.1, but it might be different in your case.

Also, just to be safe, a virus scan may help, but I don't think that such behavior could be caused by infection.

Can you please post a screenshot of CPU-Z's CPU tab? It'll give us some more data about what is actually going on with the processor.

Look at the scores of each component on the WPI report. The WPI total score is actually the lowest score from any of the components (Processor, Graphics, Hard Disk, etc.).

Whatever is giving you the lowest score, is where your problem is.

Make sure you are running it with the laptop plugged into AC power, and with all other applications closed. Running it on battery, will result in an artificially lower score.

I had a similar problem using another AC adapter with a 3.34A output. I switched to the original adapter with a 4.62A output and CPU score moved from *2.9 to 7.2.

I've just resolved a similar issue. I had two dell Vostro 3550 laptops with corei5 processors. One was showing an index rating of 6.9 for the processor, the other laptop was 3.4 and felt sluggish. I tried drivers, disabling and enabling Speedstep in BIOS, POwer options all with no change.

SOLUTION FOR THIS ISSUE:

On one of my reboots I noticed a message regarding the power supply asking me to plug in the correct Dell one. Both laptops WERE using Dell stamped PSU's but the SLOW one was using a larger size adapter with more current. I tried the adapter from the other laptop and boom! rating went from 3.4 to 6.9.

Other symptoms: The Intel Turbo boost monitor was running on both but on the slow one the bar which rises and falls as the processor power is utilized never moved from the bottom. On of the processor monitors also suggested it was running at 0.79Mhz continually.

I see your issue. Look on your CPU-Z at your core speed. That is 798.3. We may round that to 800. Your processor is not clicking up to 2500 megahertz when this test runs. That is lowering your processor rating. However, this may be good because it is power saving. Your processor, especially as a mobile processor, should run at a lower rate when not performing a demanding task. You may need to tweak some BIOS or power management settings to get that processor to run at full speed when running the WEI.

I had the same issue. Opened the laptop and found mismatched memory modules.

Replaced the memory and the prof score went from 2.1 to 7.5.

Low voltage on the chip in the CPU-Z monitor

The windows experience rating can only be performed while running on AC power.

CPU-Z monitor showed the CPU multiplier constantly stuck at 12 when running on AC power which translates to 1.2 Ghz CPU speed.

Ran all Dell diagnostics via F12 at boot – all passed

Changed all windows power management settings to every combination – no change

I had the original Dell power supply and it was recognized as a Dell product, so I had some other motherboard issue.

283% improvement for very CPU intense tasks, increase from 1.2 to 3.4 GHz CPU now goes to 112% maximum frequency in windows resource manager.
Before the fix it maxed at about 75%.

Not the answer you're looking for? Browse other questions tagged windows-7 performance cpu or ask your own question.