How to bind command key in zsh?

It is possible to bind Command Key from mac os x in zsh? I can't find any information about that.

If you use iTerm2, you can. First, configure hotkeys to send your custom codes: 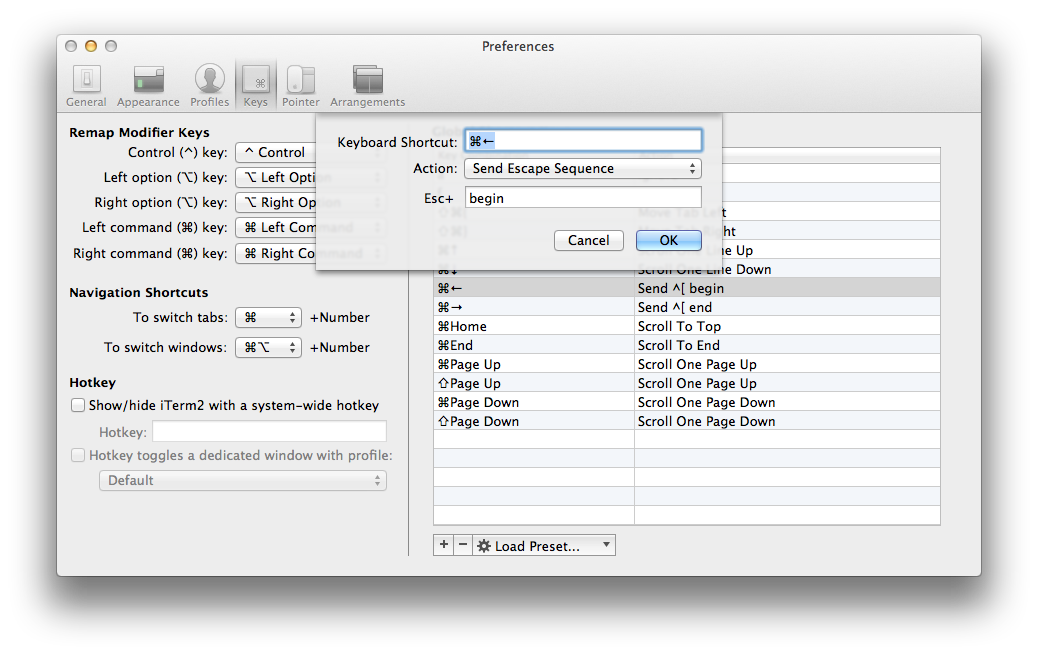 And then you can bind them by putting the following in your .zshrc:

Yes, but it's not as straightforward as you might hope.

First of all, the Mac OS doesn't pass a control sequence to applications when command-key combinations are pressed. Applications instead offer functions to the OS which can be executed via Apple Events. The binding of key combos to the specific apple event occurs at the OS level.

The best solution I can think of would be along the following lines:

Not the answer you're looking for? Browse other questions tagged zsh key-binding or ask your own question.

0
Stopping zsh from clearing the screen on each command
0
^C not working in zsh on Mac OSX
3
Bind key sequence to ESC in zsh
47
Command history in zsh
3
Zsh keybind to CTRL+equals
3
How to bind function keys in zsh?
1
Get word at cursor in zsh function
0
How to bind Command-b to move back by a word in iTerm/ZSH?
1
How do you bind double tap key in Oh My Zsh?