Can I create a 3D movie using two webcams? [closed]

How can I take two webcams - one USB, one built into my computer - take the video from both of them using software, and make a 3D video?

Is this even possible?

Yes, that is basically how they do it.

The distance between the cameras should be near the distance of your eyes.

Then, you need a video editor capable of overlapping two video streams, like Adobe After Effects. You might be able to find something free to reach the same effect, perhaps do it with something like VirtualDub or AVIDemux; but I haven't seen a tutorial for that yet.

What you do then is find the right distance which makes the 3D effect optimal in the software, and you put the videos over each other but then shift them horizontally. Then, you make them transparant (so that colors add) and then give them both the opposite colors of your 3D glasses. As a final step you make sure you crop the corners where there is no more overlap. 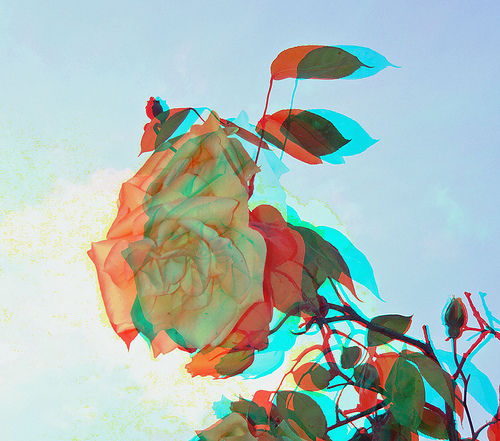 An other solution is to put them next to each other, if you are capable of perpendicular of cross viewing; although these techniques aren't really recommended for your eyes. Even long time viewing through colored glasses can be a pain. For a professional setting, they just keep the two videos apart and project both using polarisation (IMAX 3D; one horizontal, the other vertical) or using different color filters to get close to that effect (Dolby Digital 3D, Real3D; usually a rotating disk where the frames have been merged into one file that plays at a double rate). 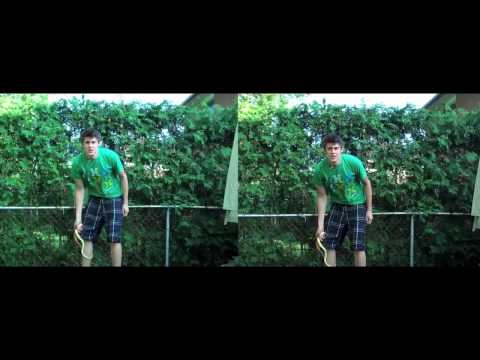 Not the answer you're looking for? Browse other questions tagged windows-7 video 3d or ask your own question.

9
Add an audio track to an existing MPEG movie (using MEncoder?)
1
How to set the video playback rate or perform a seek() using gst-launch?
0
storing and securing the video using ffmpeg
9
Merge two videos with transparency in ffmpeg