How To Play FLV Files?

Whats the best free video player that will play .flv files on my PC?

VLC is definitely the way to go on this one. It will play almost anything you throw at it.

VLC is the best, and there is also a portable version for USB devices from portableapps.com

Unlike the rest of the known universe, I don't really like VLC, so instead I'm going to suggest mplayer - which I use to play everything.

It has better support for Vista over the older version which has not been updated for over a year. It is freeware, open source, very snappy and light on resources.

The open source KMPlayer will play FLV (along with pretty much everything else) without having to install additional codecs. Looks good too.
It's reviewed on the Gizmo's Freeware site.

VLC as well as Media Player Classic do the job just fine.

CCCP includes all codecs necessary to play FLV files (as well as most popular formats), and also comes with Media Player Classic, which is my favorite player.

VLC's a great open source media player, but for Windows I prefer the KMPlayer's GUI, customization features and overall ease of use than VLC.

Like VLC, it can play almost anything you throw at it (including FLV files).

The KMPlayer in Wikipedia: http://en.wikipedia.org/wiki/K-Multimedia_Player

Note: KMPlayer is a Windows software and is freeware, but not open source.

SMPlayer is a free, open source front-end for MPlayer. It plays pretty much any media file under the sun and the subtitle features are superior to any other player. 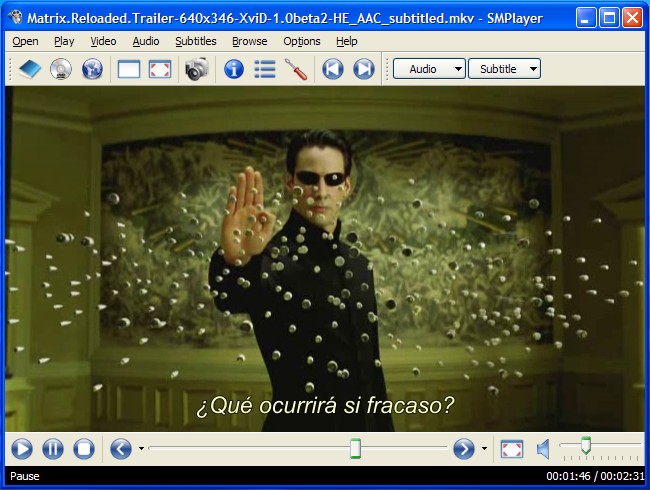 A portable version is available here.

Besides the previously mentioned really good players (like VLC media player which does work on very much platforms, and supports very much formats, or Media Player Classic Home Cinema, which also has 64 bit support), I can also suggest BS.Player (with e.g. Phoenix skin or Mgc3WMP skin, which are very nice).

This player also supports very-very many formats, and its subtitle correction and subtitle appearance customization options are very handy too, which is very important to me when watching films in other languages - in very many players, subtitle appearance customization is too complicated or oversimplified (I know VLC also has this capability, but I think it's a bit over-elaborated...).

It works only on Windows platforms (no Linux or Mac support) for the time being though (Windows 98/ME/2000/XP/Vista/Windows 7), but for Windows it's a really useful media player.

Not the answer you're looking for? Browse other questions tagged windows-vista software-rec media-player flv or ask your own question.

0
wmv to flv using mencoder
0
Playing hi-res flv files
0
Media Player Classic with latest K-Lite Codec chokes on FLV
1
Is there a Windows app that can do FLV playlists?
1
Duration of FLV files
3
How to play (sound of) flv files in Foobar2000?
0
Convert 4K .mp4 to 4K .flv possible?
2
How can I stop having IE11 ask me if I want to save or open an .flv file?