A while ago I started using Chrome and no longer Firefox, however I found out something weird which maybe force me to return to Firefox if I can not fix this. I am coding a homepage and the output was in Chrome ugly, in Firefox not. I thought "ok this is maybe due to bad code"... however I found out that the same problems occurs on different sites like Facebook too. The font is not smoothed and it is not nice to read. Here is an example, although I have censored nearly everything... 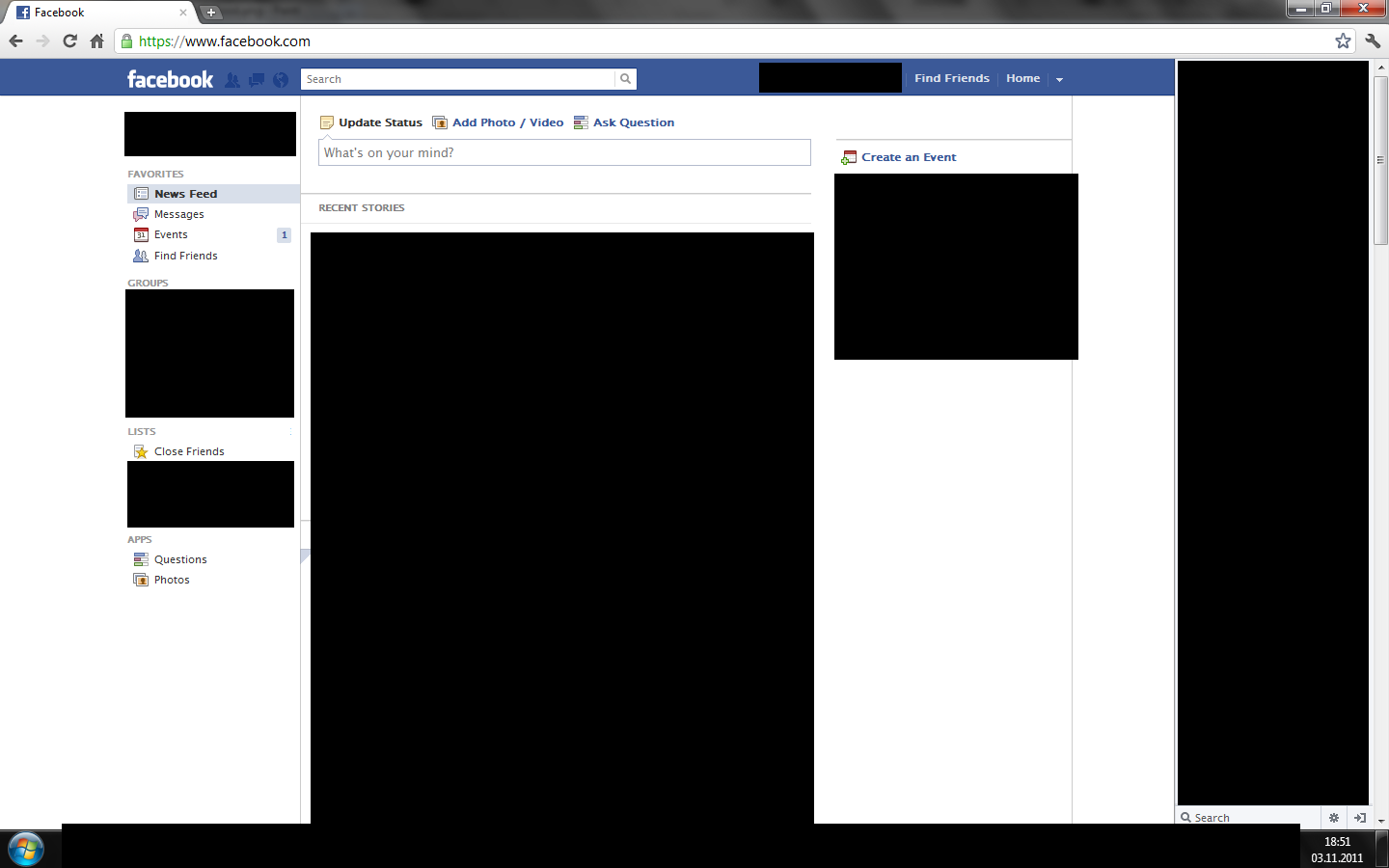 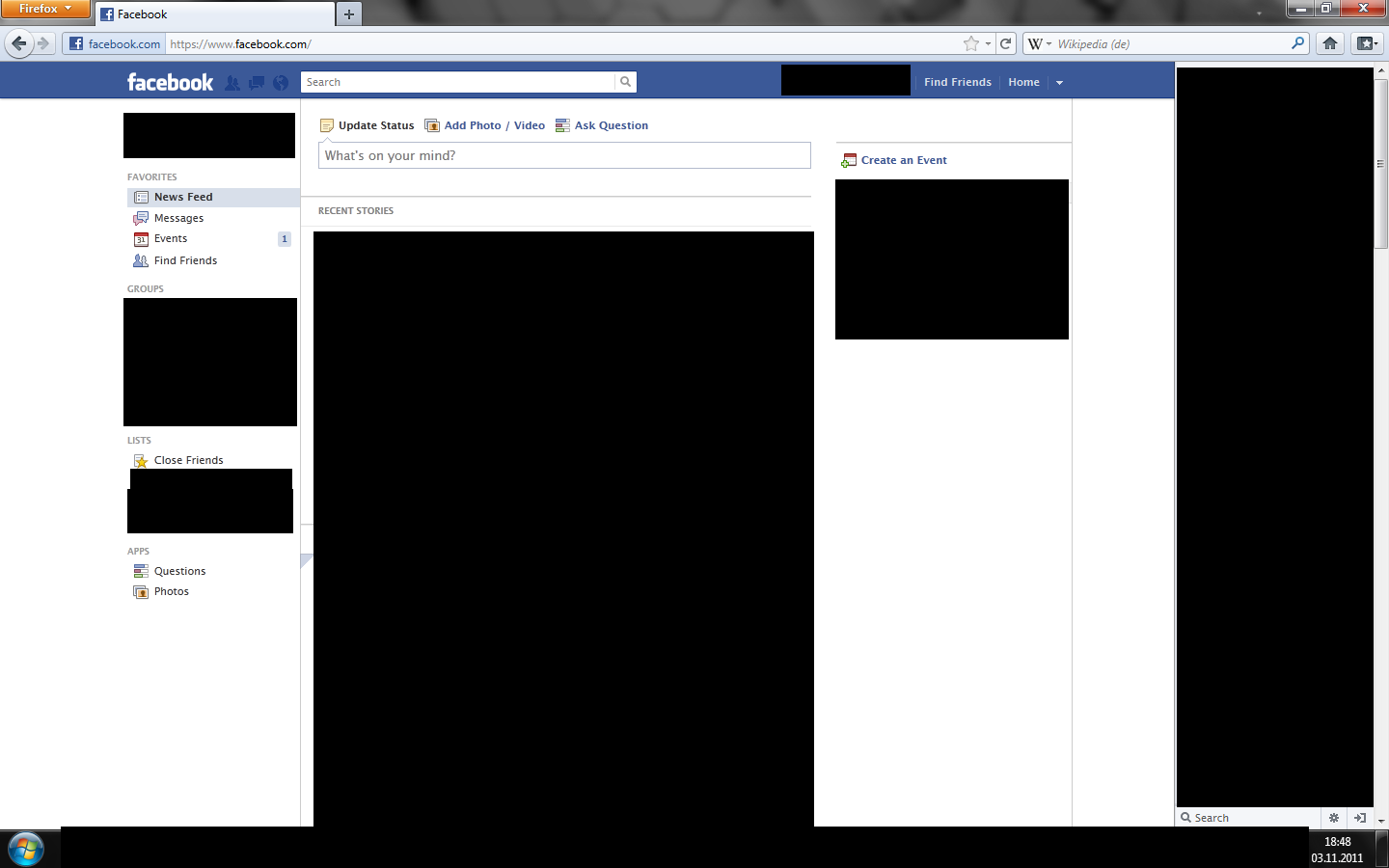 You may need to open up in a new tab to see the errors in detail. Now I want to know, whether this is just Chrome trolling me or maybe something else.

EDIT I tried it out under Ubuntu on my PC and it works well... seems to be an error on Windows/Chrome on Windows.

This issues wasn't fixed yet as it still persists and is a bug in Chrome - even after installing Windows 8 I still have the same issue, so no solutions of you could me here.

Go to My Computer and click on it using your right mouse button, choose Properties then choose the tab Advanced.

In Performance, click on Settings, then select Visual Effects and scroll down until you find "smooth edges of screen fonts" and check it.

The issue is created because chrome actually cannot render TrueType fonts with correct anti-aliasing. However, chrome still renders SVG files well. If you move the call for your svg file up in your syntax, chrome will download the svg and use it instead of the woff file.

I got the same rumbling here http://www.google.com/support/forum/p/Chrome/thread?tid=2869ded2f0340d1d&hl=en

Try to check for GPU Acceleration on Chrome. Type on the URL bar "about:flags" without the " and look where it says GPU Accelerated Canvas 2D. Try to disable it if enabled. Fonts on some sites appear really jagged when I browsed with the acceleration enabled.

8
Why do all my browsers default to the "Impact" font?
6
Helvetica Neue font error - boxed characters on Google Chrome for Mac
3
How to fix ugly fonts in Firefox 18?
19
Chrome's fonts look off
5
How can I fix ugly non-ClearType rendering of webfonts in Firefox without disabling them?
0
Weird font issue in IE and Chorme, but not Firefox, on certain websites
1
Weird Chrome font rendering issue on Ubuntu, numbers only?