Can anyone out there tell me how to do a screen capture in Windows with a Mac keyboard plugged in? I have my Mac keyboard and mighty mouse plugged into a KVM switch that controls both my MacbookPro and my WinXP desktop. I'm having a terrible time trying to do certain things that require those extra keys like insert and print screen. Even the num-pad doesn't work! Any ideas, tips, tools, drivers?

You could use the On-Screen Keyboard.

If you're trying to take a screenshot, you can do it programmatically. Take a look at this article: Programmatically Take Screenshot Using C#. Hope these ideas help.

I've got a brand new Apple extended keyboard connected to a DELL laptop running Windows 7 64-bit. This is what works for me:

F14 copies the entire screen to the clipboard.

Alt+F14 copies the active window to the clipboard.

Per this video on YouTube, the key combination that worked for me using a full-size Mac keyboard (model MB110B/B) plugged into a Dell laptop running Windows 10 was:

Unfortunately I couldn't discover the combo needed to copy just the current window (this would be Alt + PrtScrn on a Windows keyboard).

After almost a year of using this technique, I discovered that each screenshot taken was being saved as a PNG file in a Screenshots subfolder of my Pictures folder! I don't know whether this is specific to my particular computer or not, but regardless I couldn't find any way of stopping it from happening.

It would help to know what model of keyboard you had! 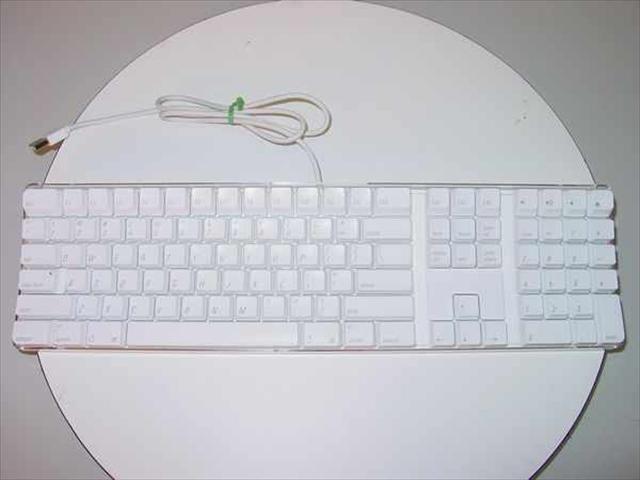 On a Windows machine, the Clear key is often num-lock. Help may be Insert. There's no Menu-key equivalent, but you can fake it with Shift+F10.

Print Screen / Scroll Lock / Pause are available on some Mac keyboards, but on others are replaced by F13+ keys which are not equivalent. The on screen keyboard is the only way to access them.

To do a print screen while running Windows in Boot Camp and using a Mac keyboard, use the keyboard combination: SHIFT + FN + F11

I found easiest way to key PrtScr to F13-F19 button with this little tool called SharpKeys (http://www.randyrants.com/sharpkeys/). It writes registry changes for you.

I use print screen quite a lot, so I do want to find it easily. And because there is no actual official use with F13-F19 button in Win, why do not map those to some useful funtions.

You can easily change CMD and ALT button to match regular windows keyboard layout if you wanted also. Many want to do this also if use mac keyboard on windows.

TIP: There is also great print screen program that can be useful called LightScreen (http://lightscreen.sourceforge.net/). It's free and there is also portable version available. I found this very useful, because it's let me to choose regions etc.

If you have Microsoft Office installed in your machine, then look for Microsoft OneNote. It has a Screen Clipping feature which can be invoked by Right Command + S. Once you press Right Command Key + S, you will see your screen go white transparent and select desired area to capture. Screen Clipper will then ask Copy to Clipboard or One-note. Choose Copy to Clipboard. Bingo! you can paste it anywhere as you want it, ur mail, document, powerpoint, etc., 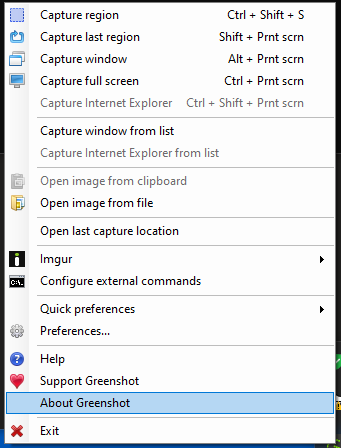 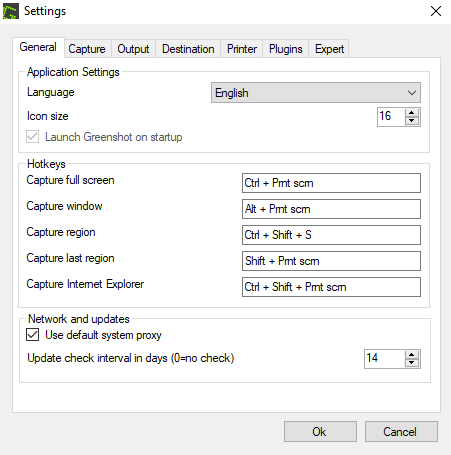 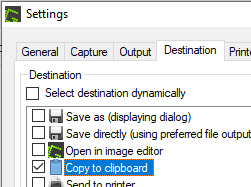 I just found this forum cause I needed to do this and I just happened to try F13 after something I read here inspired me to do so. Attached is the cmd-shift-4 screen cap of the RDP session showing "Greenshot" just after it was invoked thru the RDP session via F13 from the Mac's wireless keyboard (I emailed the Mac screen cap to the work PC).

Greenshot's defaults are set to use the PC's print-screen key...

I needed this because I do A LOT of screen caps for work and the "snipping tool" sucks rocks... The PC belongs to my customer so I don't want to buy Snag-it for it... I was unaware of Greenshot until a few days ago

I downloaded Greenshot a couple days ago, so I've used it exactly 3 times so far and those 3 screen caps are uploaded here. After I installed Greenshot and went to do a screen cap I thought "oh &%#@ ! Because I don't have a 'print-screen' key and that's what lead me here. It appears that Greenshot hot-key combo's are configurable but all those key combo's work for me because my F13 invokes the PC's 'Prt-scrn' key

And finally a couple of Mac full screen caps (emailed to PC again) showing the Mac's whole screen with the Greenshot cross hairs waiting for me to select a screen section on the PC as I finished writing this. This would have been way cooler if I could have easily recorded it in video... :-P

Mac's full screen as I work

Thanks to the peeps that were discussing the function keys!

Maybe this only works for me because my customer's laptop has a double "insert/prt sc" right next to it's F12 directly above the it's delete key and that just happens to map to my F13... If Greenshot really is as configurable as that menu suggests then I would expect anyone to be able to map a hot-key combo that would suite them.

I hope this is helpful to someone... -Richard