How To Cancel Pending Windows 7 Updates

How To Cancel Pending Windows 7 Updates? The key is pending.

The shutdown button has the windows update symbol meaning that there are updates that were selected to be installed which were download and will be installed upon shutdown.

The only thing is that my machine will no longer boot if I let it install those updates! They are incompatible with a driver needed in the system and I did not found out until too late. The system admin used a recovery disk to get back to the previous restore point, only the updates are now pending, so I need to cancel those before the machine shutdowns next.

You can edit configuration from the group policy editor. 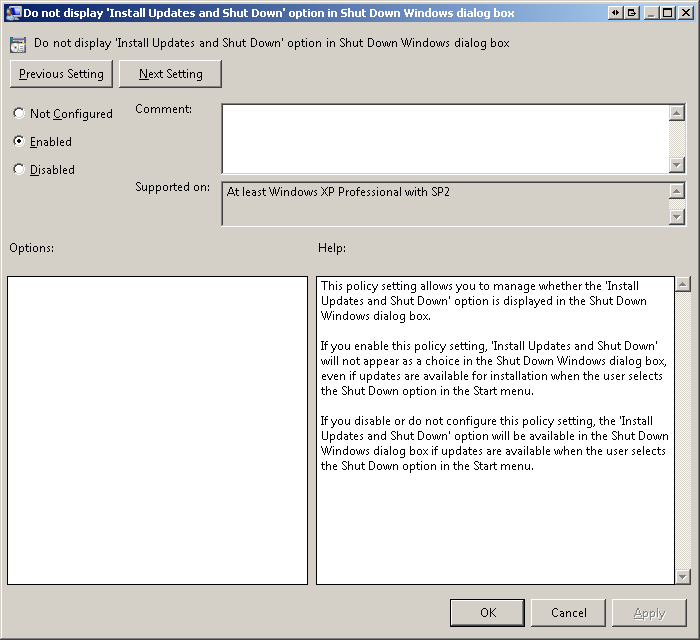 1) Go into the Windows Updates configuration and disable automatic updates. I don't recommend leaving it set this way, this is only a temporary fix, the better solution is #2

2) Open Windows Updates and de-select the updates you don't want installed, then right click on them and select "hide", you can unhide them later when you get things sorted out. 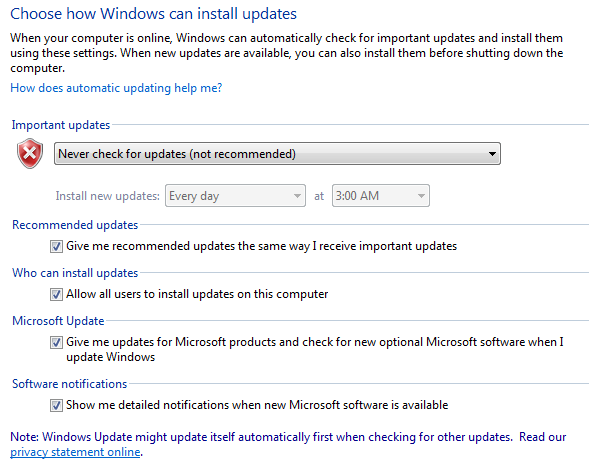 If it's the former case, you will need to tell the system there is no restart pending and clear the pending file replacements by setting the following registry keys:

Then you should perform the following to proactively remove the downloaded and cached updates from being accessible by the Windows update agent:

Also check the following registry key and clear it:

If it's the latter case, you will have to replace drivers with a working copy using the Windows RE (recovery environment).

You can remove the file C:\windows\winsxs\pending.xml. After booting the system back up, I recommend you run Windows Update again.

Not the answer you're looking for? Browse other questions tagged windows-7 updates or ask your own question.

3
Virtual Win 7 machine irreparable on reboot (with pending Windows updates)
2
How can I see the list of Windows updates that will be installed at restart?
1
Failed and Pending updates: "restart your computer to install important updates"?