The problem with ImageMagick's import is that it doesn't seem to capture correctly in GNOME-shell. 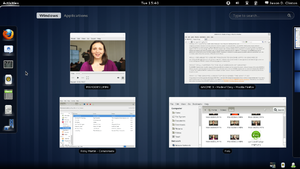 I would end up seeing whatever the screen looked like before I invoked the visual shell. 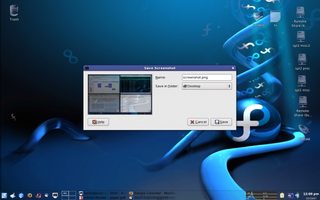 There does not appear to be a way to bypass this, I've looked over the gnome-screenshot help a few times, it doesn't seem to have a non-disruptive mode, nor does it appear to have a file name input the way import does.

Try using scrot. The command for it would be something like scrot ~/images/filename.png -cd 2 which would take a screenshot in 2 seconds. Or while true; do scrot -cd 2 $(date +%F_%R:%S).png; done

Maybe you could use some kind of session recording software (GNOME Istanbul, ...) instead of periodic screen shotting. But this may not suit your needs.

The beauty of gnome-screenshot is that it will capture everything on the screen, including transparent windows, or any resize action happening on gnome-shell overview. It's the best tool for GNOME

You could find out more options to take screenshot with:

Take your time and master the things, the GNOME way ;)

7
How to take a single screenshot of a large folder's contents in Windows
99
How can I take browser screenshots at a higher resolution than my browser supports?
7
How do I use command line and wmctrl to make a window larger than the screen to get a huge screenshot?
2
Gnome-shell Application Menu customization?
0
Emacs transparent background on gnome-shell?
2
GNOME Shell Global Menu Extension broke my GTK
0
How to use Gnome Shell with multiple monitors?