How to map keyboard to mouse buttons in OS X

Severe RSI is causing me pain each time I click the mouse.

I would like to map the right CMD and OPT (which I never use) to function as left and right mouse button.

How can I accomplish this?

Karabiner(formerly known as KeyRemap4MacBook) does exactly that. It allows you to remap the right Command button to a left click: 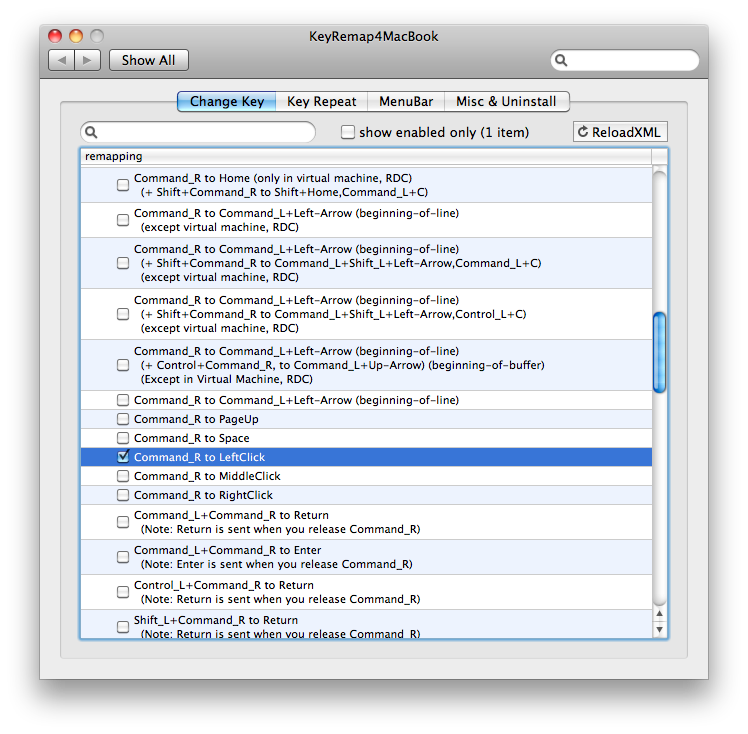 The same is possible for the right option key too. It worked for me on a 2011 MacBook Pro running Snow Leopard—couldn't test it on a "normal" Mac, but it should work regardless of that.

There's an app called BetterTouchTool. In its Preferences, under Keyboard, you can set any keyboard shortcut to map to a primary or secondary click. The problem is that cmd and alt are modifier keys, so they aren't a keyboard shortcut recognized by the app.

Another program called DoubleCommand might be worth mentioning as well, but it does not emulate clicks.