I am using Windows 7. When I open something e.g. Internet Explorer, it immediately gets opened. Whereas on my friend's system, it opens like it is splashing. I also want the same effects. Do I need to have some settings for that?

Secondly when she presses windows+tab from keyboard, her windows starts changing in a very good style. But my windows 7 is not doing that as well. I can change the working window by pressing Alt+Tab which has no style.

My Display Settings are: 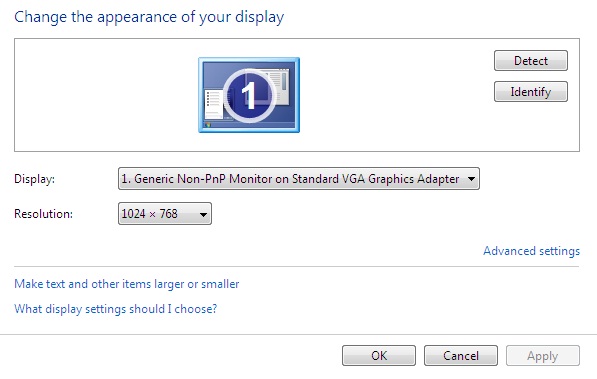 Can anybody tell me what's wrong with my Windows 7?

when she presses windows key+tab from keyboard, her windows starts changing in a very good style. 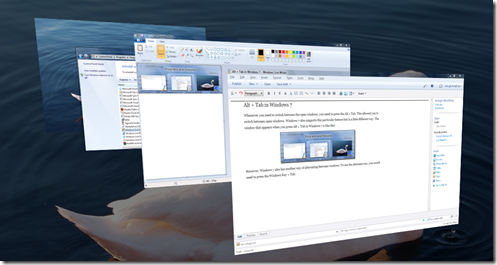 When I press Windows Key + tab key, nothing happens. Why?

These are my settings. It does not have all options that you have. 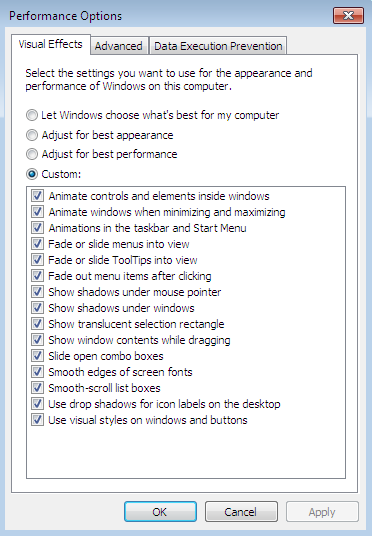 There are either of two things going on here:

Yes, your P4 is a ten year old CPU that, while it was fast for Windows 98, and Ok for XP, is woefully underpowered when it comes to Windows 7. Dual Core doesn't tell us a lot, as there were dual core CPUs 10 years ago that would have the same problem. But it's more likely that her CPU is 5 years or younger, as that was when dual cores really become consumer level.

Also, if you're running integrated graphics from the P4 era, your graphics are completely and totally incapable of running the Windows 7 graphics. Intel probably doesn't even make drivers available for your graphics system that would work with Windows 7. I had a laptop with the Core2 chip, which followed the P4, and Intel didn't make drivers for that chipset for Windows 7, so I know they didn't do it work the P4 era graphics chips either.

You need a video card. However, because you have a P4, even with a powerful modern video card, your computer will still not really be capable of handling the Aero graphics very well. So I do NOT recommend buying a video card.

Instead, buy an inexpensive new computer with current hardware. Even a basic computer with modern hardware will be able to run Windows 7 and the Aero interface better than your current computer with a bigger video card.

It sounds like your friend has slightly different performance settings.

Click on the Start Menu then select "Control Panel", "System and Security", "System" and then "Advanced system settings" from the left hand pane.

You now need to press the "Settings" button within the pane entitled "Performance". This will present you with a window that looks like this: 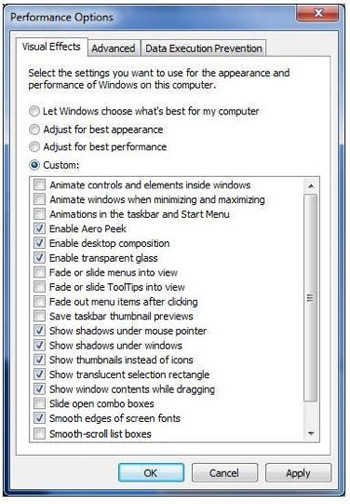 Personally I use "Let Windows chose the what's best for my computer" but if your machine is suitably powerful enough, you may just want to go for "Adjust for best appearance".

If you find that your machine slows to a crawl, then play around with each tickbox until you find something that works for you.

It was just that I was using Windows 7 Basic Home edition and my friend was using the Enterprise edition of Windows 7.

Thank you all for the help.

Not the answer you're looking for? Browse other questions tagged windows-7 windows splash or ask your own question.