Why do web pages take so much RAM?

After leaving a bunch of pages open in Chrome, my computer gets sluggish. Windows Task Manager shows that some pages take a lot of RAM: 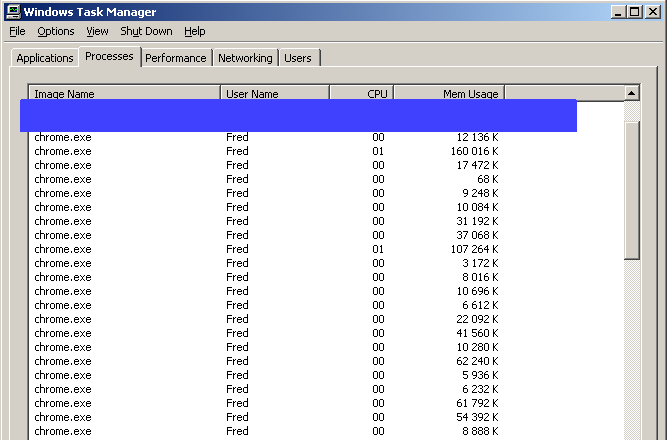 Chrome is the heaviest consumer of RAM in the browser market. It trades increased memory usage for increased speed. If you run low on available RAM however, it becomes the slowest browser in the market (compared to one that would be small enough in resource usage to remain fully in RAM instead of paging to hard disk.)

Here the Chromium development team discusses the good and bad of this memory model used in Chrome.

And here you can configure Chrome to use alternative memory models with various tradeoffs, including "firefox style" single process mode: http://dev.chromium.org/developers/design-documents/process-models

Chrome uses a per-process model which means that for each tab (or group of related tabs), it uses a separate process instead of a separate thread. That basically means that each tab is a separate running program. That way, if any crash, they go down by themselves instead of taking down the whole browser (it does the same thing for plugs and most extensions).

This has its obvious benefits (the sandboxing being the primary one), but of course it also has disadvantages like the fact that each one has memory overhead, which means that Chrome uses more RAM overall for the same set of open pages than browsers that do not use a per-process model (other browsers have started moving toward this method since Chrome was released).

As you have noted, the per-process rule does not necessarily mean that every tab gets its own process. It depends on how the page was opened. Using open in new tab or open in new window opens the page/link in the same process as the parent, but open in incognito window opens it in a new process as do the new tab and new window commands.

Another reason that pages take up a lot of RAM is that these days, most web pages include lots of JavaScript and Flash which make them both CPU and RAM heavy (which also means that older systems cannot browse the Internet that comfortably, so there is no longer such thing as a "used, old, but good-for-browsing system"). Worse, plugins and extensions (and possibly even Chrome itself) could leak memory after a while, increasing the memory usage in time.

One thing you can try is to open each page in a new process (using one of the aforementioned methods) and then compare.

Lots of suggestions for improving the efficiency of your web page reasons why other people's specific web pages use excessive resources.

3
Chrome: High memory usage for certain tabs. Memory leak?
29
Limiting use of RAM in Chrome?
0
Chrome browser's single tab is consuming 750 MB of RAM. How can I reduce this utilization?

12
Why is my browser using so much memory?
29
Limiting use of RAM in Chrome?
0
Chrome uses too much ram
3
Chrome takes about 10% of CPU without any activity from the user or an add-on
2
Killing specific, unresponsive page in Google Chrome?
1
Prevent Chrome from providing suggest pages on work computer
2
Why Does Each Gmail Account Login Create a New Subframe in the Chrome Task Manager?
1
Why would a single process in Google Chrome use over 2GB of RAM?
1
Force Chrome to open each tab in its own process?