The best delete tool that (little) money can buy: 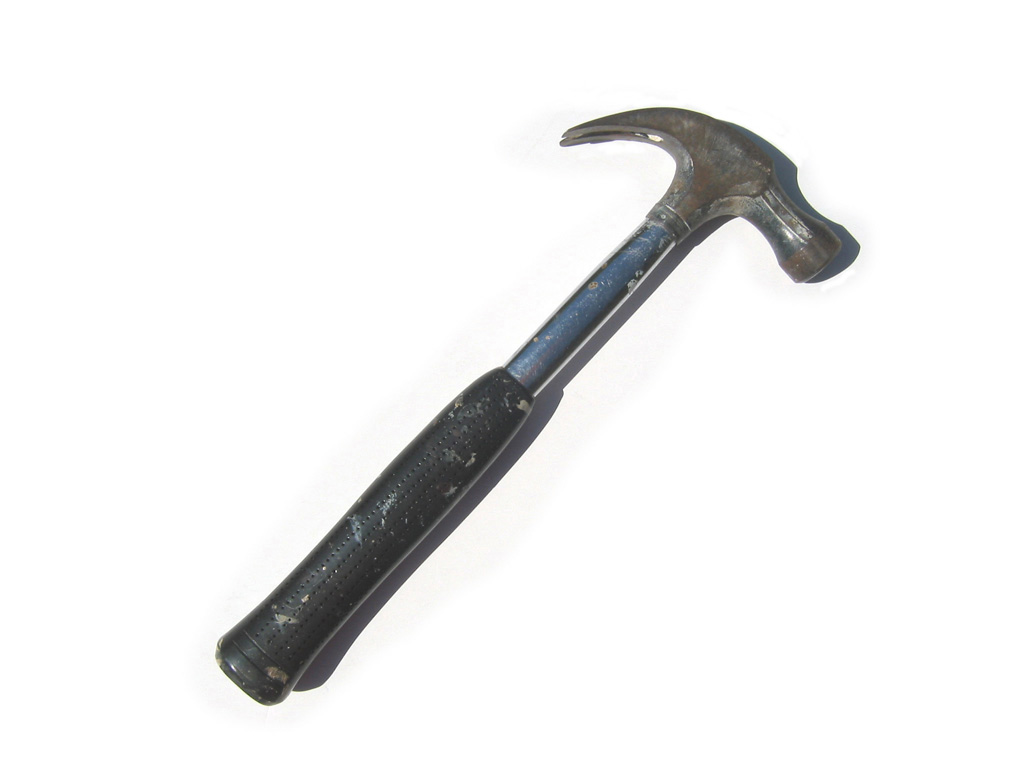 EDIT: To counter the detractors

Furthermore, I did include instruction on how to do a thorough logical wipe of the thumbdrive.

Don't take chances. Flash drives are cheap and yes, data can be recovered from them. I've done it myself. You could DBAN it. You could also cipher /w a few times on a Windows machine (dd if=/dev/zero bs=2048 of=/mnt/disk/file on a *NIX machine). However, hitting things with a hammer is so much more fun and permanent.

It depends on who your adversary is. If it is a casual user, e.g. friend/coworker/spouse/etc., then preventing regular undelete is good enough: format the flash drive, then fill it with random/non-private files till it's 100% full, then format the flash drive again. Your original sensitive data will be gone for good, and unrecoverable using undelete tools or direct scan of the drive.

However, if your adversary is a major corporation, government, etc., then the only safe course is to destroy the media physically, e.g. burn your flash drive in a high-temperature industrial oven.

There's an excellent free open-source program called Eraser that removes data by overwriting it with your choice of data patterns - high level security for data erasure.

But - there is a big issue with flash drives when erasing by overwriting. The problem is the "wear leveling" methods used on solid state drives, which writes in a different place each time you add or replace data. There is a full explanation and discussion at Erasing USB key Drives

The short answer - erase the file but also use the "erase open space" function in the Eraser program. This overwrites all unused space, including the earlier version of your file.

Because of wear leveling of modern flash devices, it's not under your control. You think you've overwritten your data 25 times, it may still be there. If you want to store sensitive data on a flash device, use an encrypted container like truecrypt, so you won't be in trouble when you lose the device (unless you give away the key).

should clean your drive well.

NO, A Files start with a bit referred to as a flag. When you delete a file,what you are doing is actually setting the flag off, which tells the computer that the space is now free to hold new data.

If you really want to destroy the data on a disk, you need to repeatedly overwrite the data with a random mixture of 0's an 1's. Just doing a format won't work because someone with the proper sniffing hardware & software can restore and reset the flags so the data can be read.

I plan to use this flash drive at home, but it's very possible one of the family members give it to somebody else accidentally. I just wanted to be safe. – progtick

In that case, you won't have the chance to delete the files beforehand anyways.

Just encrypt your files, and don't worry about deleting them if the drive is ever lost - no one will be able access them without the password.

Yes and no; it depends on your definition of “gone for good”.

What they were likely talking about was that deleting a file from a flash-drive is always equivalent to holding ⇧ Shift when deleting the file.

This is because Windows only puts a Recycle Bin on fixed volumes like hard-drives, not removable volumes like flash-drives, memory cards, floppy disks, packet-writing CD+RWs, network drives, or substituted drive letters (even ones mapped to fixed-disks). Therefore, if you delete a file in Windows from a hard-drive with just Del instead of ⇧ Shift+Del, you should be able to restore it from the Recycle Bin, but deleting a file from a removable media with Del is the same as using ⇧ Shift+Del to permanently delete it since it has no Recycle Bin.

However, for performance reasons, permanently deleting a file doesn’t actually delete the file. Instead, the system only marks it as deleted and its disk-space as free for use by new files. Until its clusters are overwritten by other files, it can theoretically be recovered, and if there is a lot of free space, then it could take a while before it gets overwritten—of course if you are actually trying to recover an accidentally deleted file, it is likely to immediately overwritten even with plenty of free space (ಠ_ಠ).

Use a secure-deletion tool. They will overwrite the file before deleting it. The better ones also delete the directory entry to wipe out even its filename and the best will even overwrite its meta-data like its size and timestamp. Some can also wipe existing free space which can be handy to wipe previously deleted files, however it can take a while if there is a lot of free space since it is writing to every byte of that space, e.g., wiping a drive with 300GB of free space is like creating a 300GB file. Most provide one or more techniques like different patterns of bytes to overwrite with and number of repetitions.

If you want to absolutely sure that nobody will be handling the drive again, a generous application of suspect liquid to the circuit board should take care of both the data on the chips and prevent people from handling it.

Depends. If you just want to make sure noone can recover the data with regular file recovery/carving tools: Overwrite the flash drive with random data using linux (dd if=/dev/urandom/ ... or the already mentioned shred). Alternatively, if you have no such tools available, format it (this will destroy the metadata), then fill completely with irrelevant data, then format again. This is less reliable than the proper, tool-assisted method, but should be sufficient for data of low sensitivity.

If you want to delete an individual file (unreliable, not recommended), rename it to a random name, then delete it, then fill the drive completely with irrelevant data.

These methods will not reliably prevent recovery that involves hardware manipulation ("laboratory attack"). If the data is so sensitive that you want to avoid this risk, follow the NIST Guidelines for purging flash-based media:

System Mechanic has a tool called Incinerator which does exactly what you are asking for.

If your drive supports one of these commands, you're in luck:

or similar commands to hdparm:

at the time of frmating unselect the Quick format and start. It will take time but fully delets all the deta an no other recovary app can back it up.

If physical destruction is warranted I would go for an angle grinder - a cheaply available tool. Hold the piece with a pair of pliers against the rotating disc until the chip is consumed.

Sometimes the flash drive is damaged and you can't delete/overwrite data on it and you just want to destroy it before disposing of it.

Note: wear eye protection in case the piece flicks off.

Here's a method I've cooked up after reading all these answers.

You could go it again, but probably two times is safe, delete the remaining erase1b folder and you should have overwritten everything in the open region of the flash drive.

Crude method, but if you only need to do it once it should work I think. Any comments out there?

Not the answer you're looking for? Browse other questions tagged usb-flash-drive or ask your own question.

15
How to secure delete file or folder in windows?
13
Will microwaving a flash drive destroy the data on it?
11
How can I securely erase files from a USB drive, using Windows?
6
Can a Military-Grade wipe harm an SSD?

4
File Locked on Flash Drive
16
How long can you read files from a flash drive if kept in a cool, dark room?
0
How Do I Erase Locked Hidden Files On SanDisk 8G Flash Drive?
2
Cannot delete files on ExFat flash drive without running chkdsk
0
Why is copying from flash drive to HDD faster than flash drive to itself?