I use Mac OS X and Arch Linux and occasionally log into FreeBSD and Debian servers by ssh. My favoured tools are zsh, ssh, tmux, git, vim and irssi. I use iTerm2 on Mac OS X and unicode-rxvt on Arch Linux, where I also use Xmonad as window manager.

In my mind I figure Cmd/Super/Win ought to be used by the OS desktop environment and/or window manager, Alt would be tmux and Ctrl would be vim and irssi. That is going from right to left on the keyboard; Cmd, Alt, Ctrl, and in a somewhat hierarchical way, OS/DE/WM, multiplexer, editor/irc client.

Would this be viable? If not, what uniform keybindings could be used?

I drew a picture (the colours are horrible, I know) to illustrate what I had in mind. I use Dvorak and replaced vim hjkl movement with dhtn - I'll write left/down/up/right to have it make sense for those who don't use vim. Let's keep it to iTerm2 rather than the entire OS X desktop environment (as well as Gnome and KDE). Basically it comes down to this: 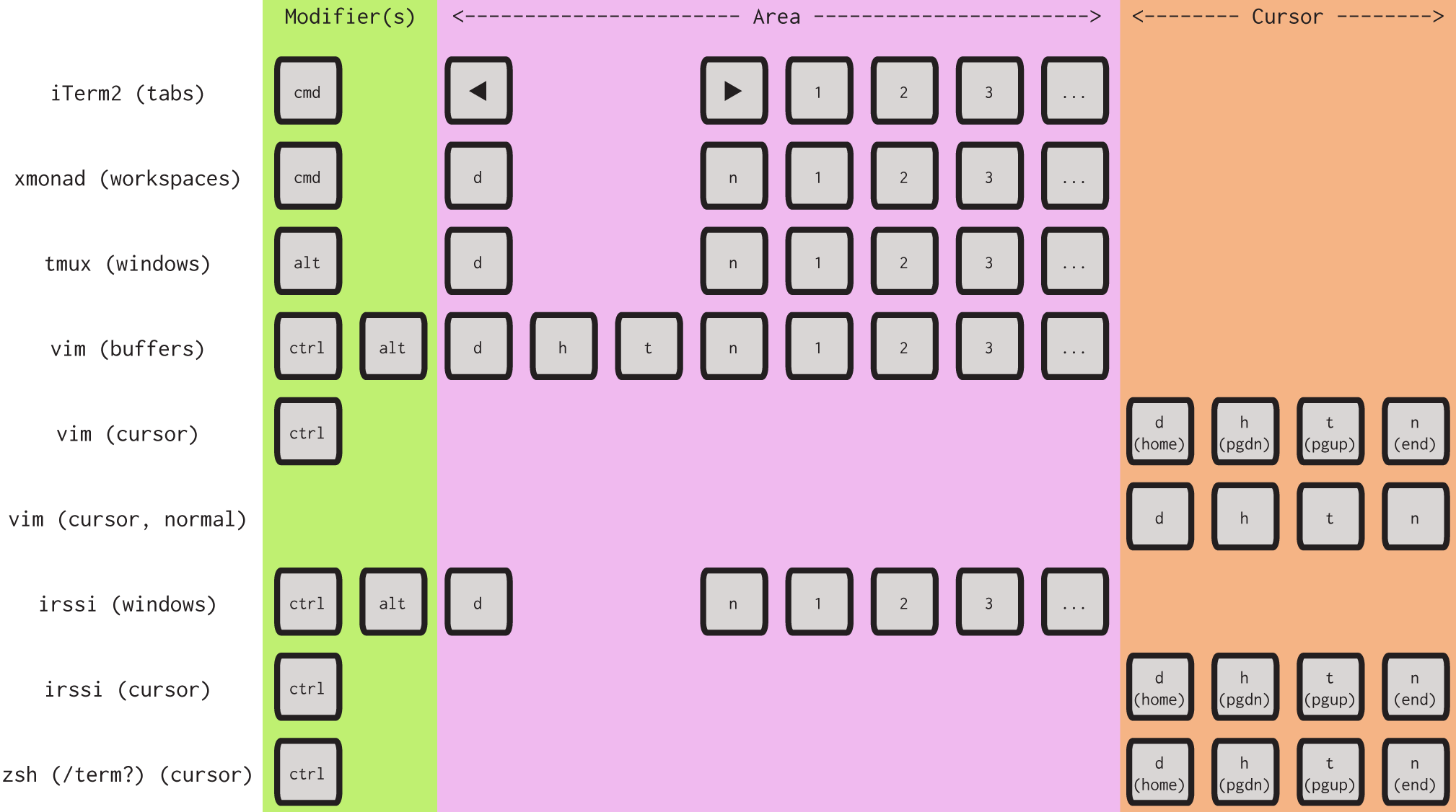 In OS X ctrl+left/down/up/right already works like the above, and alt+left/right moves the cursor by word as opposed to just left/right which moves it by character.

Wouldn't this be fairly logical and intuitive? Am I missing something (conflicting keybindings) or is this doable?

I tried putting together a cheat sheet or reference card. After exploring various possibilities I ended up doing the following:

TL;DR - stick to using prefixes where available, e.g. ctrl+a in tmux, ctrl+o (Dvorak)/ctrl+s (QWERTY) in vim and irssi. This seems to have the least consequences and be somewhat cross-platform-friendly. 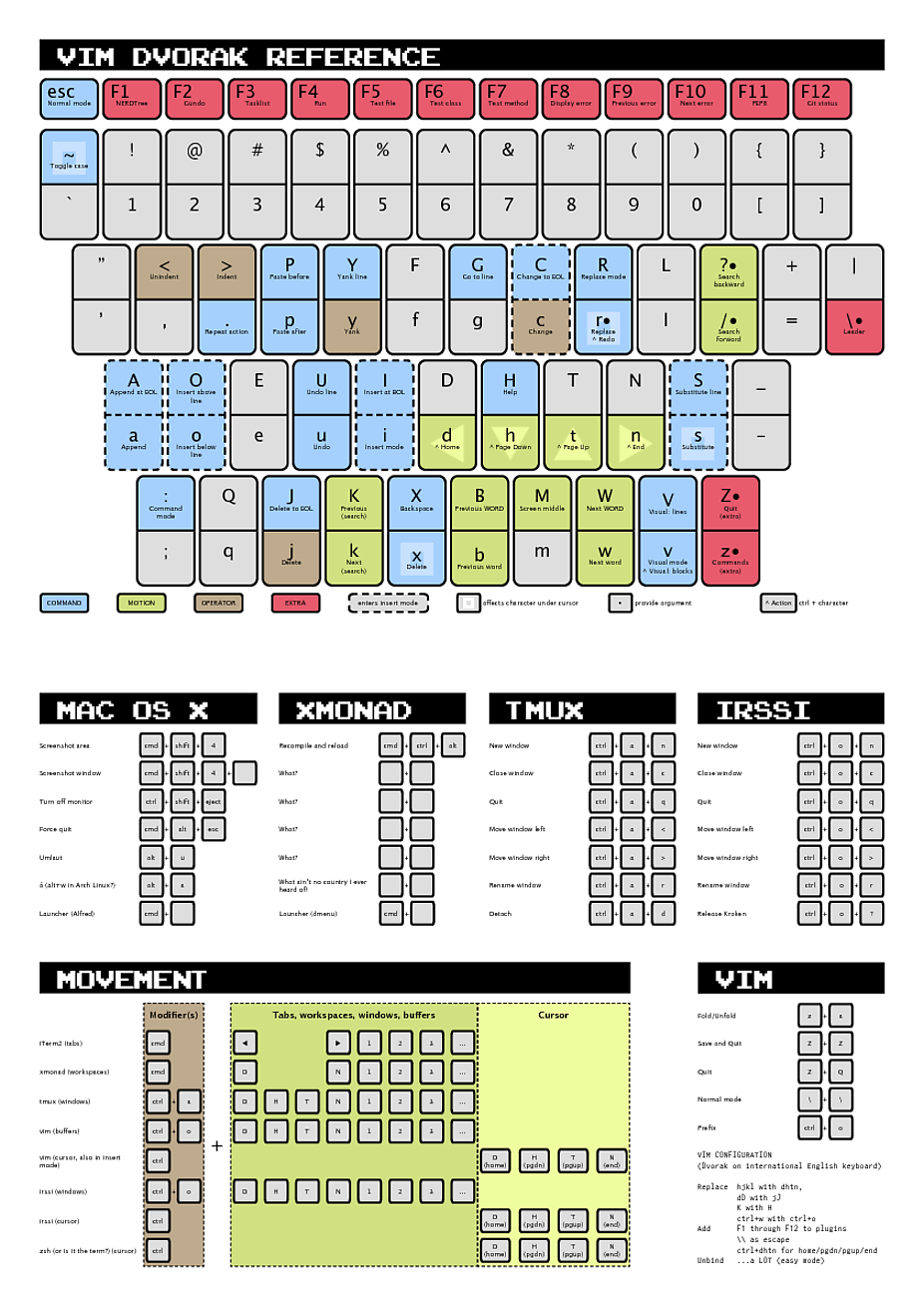 Not the answer you're looking for? Browse other questions tagged keyboard-shortcuts vim tmux irssi key-binding or ask your own question.

2
Use forward slash as a key command in tmux
15
Making TMUX use Alt+Num to select window
4
intel graphics keybinding conflict with other programs
3
Some shift+arrows not working in tmux?
1
Swap Left Alt and Right Alt on Kinesis Keyboard (or Any Keyboard)
1
Snap windows to parts of the screen on Windows 8.1 using keyboard shortcuts like Ubuntu Unity
1
ability to switch between panes has broken in tmux with vim
1
Tmux: How to move current pane to far Left/Right/Up/Down like in Vim
0
Alt + arrow keys executing odd actions in vim, only in tmux